By Michael Ashcraft and Christian Devantier —

Inside her closet — the same closet she tried to hang herself in — Arianna Armour scrawled all the hateful words people said to her in life: “They never wanted you,” “You need to be locked up,” “She doesn’t want you.”

It was an appalling list, and Arianna rehearsed it and added to it as she proceeded from drug-addicted parents who dropped her off at foster care to lesbian and transgender. Injecting testosterone in her thigh, she became James Harley, a gym enthusiast and substance abuser who was in and out of mental health facilities.

It was at the gym that a joy-filled Christian employee felt led to invite her to church. “James” didn’t want to go, but when “he” did, God had a prophecy for him and started a years-long process leading him to Jesus and back to the biological identity as a woman.

“This thing has stolen my identity” she testifies to her church on a YouTube video. “I’m tired of looking at my body and thinking it was a mistake. I’m tired to walking with my head down because God loves me no matter what. God took all the pain away from, the identity the devil stole from me.”

Today, Arianna is involved in ministry. She reaches out to people like herself who want to alter their God-given sexual identity, and escape the confusion and depression. She recently helped a 13-year-old boy who was toying with becoming a girl but got a touch of God. 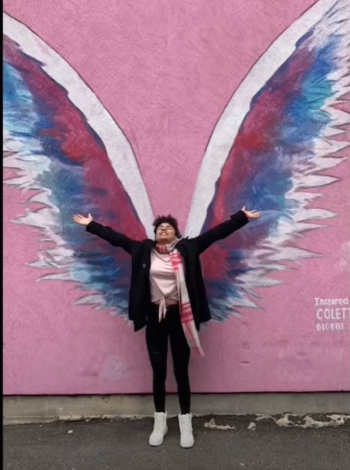 Arianna Armour’s journey through Dante’s Inferno (and she documented it with video clips she retained from every phase of her life) began with a violent, drug-abusing dad and an actress/singer mom who gave birth to a baby girl with five different drugs in her system, Arianna says on YouTube.

The Department of Child Protective Services intervened. Foster care turned into adoption, but the love her Christian family tried to show her came up short, she felt.

When she was four years old, Arianna was smitten by a pretty girl in Sunday School.

She started dressing like a boy and playing sports like a boy. She hated dress up and Barbies, “so I got made fun of a lot,” she says. “I was the girl who wore boys’ clothes. I dressed like a boy, I talked like a boy, I acted like a boy. I was openly gay and nobody wanted to be around that.”

While nobody wanted to sit with her at lunch in school, she lost herself in music, a talent she received from her birth parents, she says. Her adopted parents bought her a guitar.

In middle school, she fell into the wrong crowd, trying to fit in. “I started to lose myself, so I started to fall into deep depression. The enemy took advantage of my brokenness. I made friends with my demons and accepted that this is who I was.”

Trying to help, her adoptive parents got her a psychiatrist who prescribed meds for Arianna’s suicidal thoughts and mood swings. 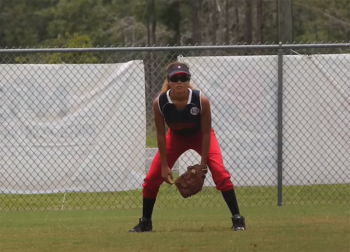 “I let all the darkness on the inside reflect on the outside,” she says. “I was in such desperate need for love and affection, I got over-attached and obsessed” with a person.

She manifested violence and anger. Through the Baker Act, she was put in mental hospitals at least 13 times.

“Everybody told me I was crazy, friends, family,” she says. “If the devil tells you a lie long enough, you’ll believe it. I felt dead inside, all the medication and pain, like a zombie walking through life. Eventually, I felt as insane as everybody told me I was, so I really related to the Joker. I started to become the monster they thought I was. I really became the Joker; nobody could hurt me anymore because I really didn’t care what they had to say at that point.”

During high school, a demon spirit called “the Hatman” visited her and afflicted her with sleep paralysis. It was a manifestation that other people have documented. The demons incited her toward self-harm and suicide.

“I didn’t deserve to live and my life didn’t matter, so I wasn’t even trying,” she recounts. “But God didn’t let that happen. I know He sent His angels to protect me.”

Softball was her outlet, a way of dealing positively with anger and rage. She joined ROTC to get control.

“Even in my darkness, God always sent little lights to show me His love,” she says.

Toward the end of high school, the demons convinced her that “Arianna” was a mistake. “But God doesn’t make mistakes. This was the final sign of the Jezebel spirit.”

She became James Harley, injecting testosterone once every two weeks. The female fat faded and turned to masculine muscle. She sprouted facial hair.

“The devil stole my identity from me,” she says “Through all of that I was still suffering in sorrow. I was lost and broken.”

Now known as James, “he” got kicked out of the family.

He stayed with an ex-girlfriend for a while. The gym became the place he worked out his emotions.

That’s where a gym employee, “full of light,” approached James and shared how she felt led by the Spirit to talk to him. 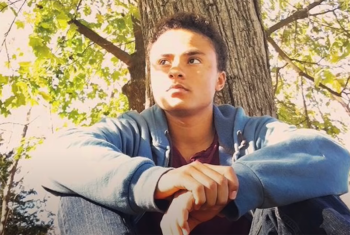 “She was so happy,” Arianna says. “I remember feeling like, ‘Man, I want the happiness you have.’”

When James went to church with her, Daniel Adams, who specializes in supernatural ministry, gave her a six-minute prophetic word that happened to be filmed and is included on her testimony movie.

Without calling him out as a gender-changer, Daniel began to list a lot of realities, including musical ability and anger issues, and encourage James that God called him.

James was floored and accepted Jesus into his heart.

“I knew it was God. How did he know all those things about me?” Arianna recalls. “Because God was speaking to me.”

But the devil still had a grip on James. He blew up with his ex, packed his bags and walked to get a train to Henrico, Virginia. He was hungry and afraid, so James prayed.

Minutes later, a car stopped and somebody gave him food and water. Another car stopped and gave him $40. A police car gave him a lift to the Christian Valley Mission homeless shelter. Here, James made new friends and heard more Bible teaching for several weeks.

But when a person was murdered in the shelter, James’ adopted mom sent a plane ticket to come back to Orlando.

He was making good decisions but also some bad ones, including getting back together with his ex. It was a “very toxic” relationship and he would go back into his closet where he had scrawled all the cruel words spoken to him. “I let it consume me,” she says.

James kept going to church. Eventually the word hit a critical mass. It was a message on the Jezebel spirit of Revelations 2. James got baptized and started to face the issues that led him to become a boy.

I made a man and a woman so that you could recreate and share the good news of my Son Jesus Christ, God impressed on his heart through a vision. If the devil can convince someone, a little boy or a little girl, man or a woman, that they are attracted to the same sex, not only are they going against my will, he is wiping out entire family blood lines and generations of people that I intended to exist for my glory.

This made James/Arianna think. Maybe God had sent the answer to cancer, to world hunger, to racism, but that person was never born because of someone’s transgression.

“If you continue to live your life this way as a transgender man, then you will never meet the man I designed for you at birth and you will never have the children I planned for you to have,” God told Arianna. “Your bloodline will end.”

Troubled by the real consequences of her decision, Arianna realized she was throwing up a block to the plan of God. She realized her children would never reach their God-given destiny if she continued to live as a man.

“If I continue to live this way, my children will never be born and whatever God had for a purpose for them to do, they’ll never get to do,” Arianna realized. “How selfish of me.”

James decided to transition back to Arianna.

“I could let go of James like He told me to,” Arianna says. “I could choose to stop being lukewarm and give myself fully to Him. I didn’t know how He could change my gender, how I could like girl’s clothes.

“Then I realized, ‘If I don’t become the persona God created me to be, it doesn’t affect me. It affects other people.’ God wants to use me to change the world, but I didn’t let Him use me,” she says. “At the end of the vision, God reminded me how much He loved me, no matter what I chose in this life: gay, lesbian, transgender, black, yellow, purple, He loves me so much.

“It all came down to a choice,” she says. “I decided to follow Christ.”

At church, Arianna gave a testimony, “Thank you for being here, for guiding me. This ministry never judged me or talked about me, they just loved me. Y’all saw my spirit. It didn’t matter what I looked like.

“My name is Arianna Armour.”