I want to introduce you to my friend, Omar, in North Africa. 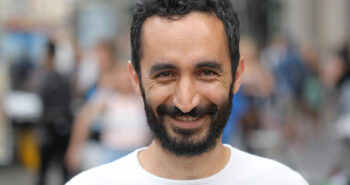 One night, as Omar walked home from a house church service, he was attacked by strangers. They beat him and stole his things, including his ID papers. When he visited the local police station to get new ID papers, the police were expecting him.

They arrested him on the spot without due process. They beat him and interrogated him for a full night, demanding that he give them information about other local Christians. Omar didn’t say a word.

The next day, they tried to coerce him into signing a statement against the Christian who had led him to the Lord. But he refused, so they beat him again. Then, surprisingly, they let him go.

A few days later, Omar told a Christian friend what happened, and his friend asked him, “Brother, do you want to keep following Jesus and still be baptized after all of this?”

Omar responded, “I am ready to die for my Lord Jesus Christ.”

Three days later, he was baptized, making a public confession of his faith before his friends and enemies.

Omar stood boldly for Jesus because he is believing for more. More Jesus followers in his community — possibly even the ones who threatened his very life. He weighed the cost and knew it was worth it to live or die for Jesus. – Partners International