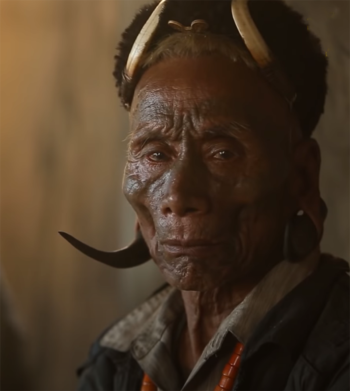 To chop off an enemy’s head and carry it back to the village to be put on display was a great honor for the Konyaks, a tribal headhunting people on the Northeastern edge of India.

“I marked my enemy like a sniper,” says Wangloi Wangshu on a National Geographic video. “And when I got him, I chopped their heads off with a knife. If I happened upon an enemy, it didn’t matter if it was man, woman or child, I chopped the head off.” 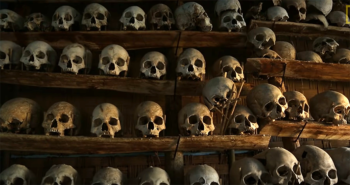 “We used to compete with each other. We said, ‘This one is mine!’” Hongo Konyak says. “The person who took the head gained power in the community.”

Once a Konyak scored a kill, he got a tattoo on his face. It was a rite of passage, says Aloh Wang, chieftain of the Shengha Chingnyu tribe. “In those days, killing each other was part of the education.” 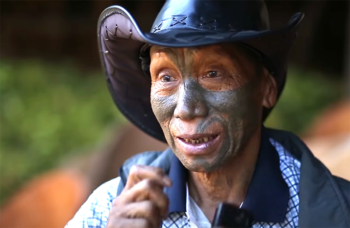 Today, the Konyaks are no longer headhunters. They’ve left behind their ancient warfare and converted to Christianity, the last of the tribes to do so in the region. About 90% adhere to the teachings of Christ.

At a time when secular thinkers find it offensive to describe native people as “savages,” the Konyaks are a reminder that the term was less offensive than the customs that gave rise to the term. 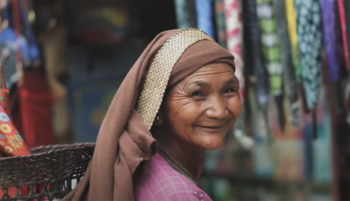 “When the Christian missionary came to the Konyak tribes, some people said they weren’t going to accept the religion,” says Wanton Kano, a Konyak pastor in the village of Lungwa. “But some agreed to after they saw the way the people from the outside lived. Slowly, changes came to this land.”

Among those who relented and accepted Christianity was Wangloi. “It seemed like a good idea to keep the peace rather than kill each other,” he says. “When they asked me if I was a son of God, I said, ‘Yes, I am.’”

For Hongo, it was hearing the message of salvation that convinced him. “I changed my mind when I heard preaching from a pastor and when I read through the Bible,” he says. “I don’t miss the old traditions much because they weren’t good traditions. We have kept the good things in our tradition and let the bad things go.”

Before the 1800s, the Nayak believed in a jumbled mix of animism and superstition known as the Heraka religion, according to a Coconuts TV video. American Baptist missionary Mile Bronson brought Christianity to the region in 1842-52. Along with the tenets of Jesus, he taught them how to make money cultivating and selling tea.

In 1872, fellow Baptist missionary E.W. Clark launched a successful church with 28 members. Spreading by word of mouth, the Gospel advanced, and the Baptists dominate the entire Naga state. Church attendance is high in rural and urban areas.

“We used to be scared to walk at night,” says a Konyak elder on the Coconuts TV video. “Today with the arrival of Christianity and civilization, we have better infrastructure, new houses and even playgrounds. Christianity brought change and encouraged us to be civilized and live in peace and harmony with one another.

“Our forefather’s world was quite different from today,” he adds. “Today is better.”

Read about the Don Richardson and the Peace Child with the Sawi, about author Ted Dekker who grew up among cannibals in the jungle , about Borneo Bob.

Michael Ashcraft sells a bamboo steamer from China on Amazon to supplement his income.