Among the lofty goals of transhumanism is to guide human evolution so that we can live forever. Here on Earth.

If that notion alarms you, you are not alone. Russell Moore says the principles of transhumanism and Christianity are irreconcilably antithetical.

The idea of “Christian transhumanists is somewhat like having a carnivorous vegan society,” says the president of the Southern Baptist Convention’s Ethics & Religious Liberty Commission. “They are completely contradictory. Scripture tells us how to transcend death, and it’s not through our own technology or prowess.”

But have Christians cried wolf too many times? For example, how often have we identified the number 666 with bar codes, chip implants or even vaccines ignoring that accepting the mark of the Beast is also a pledge of worship and loyalty in Revelation 13?

Micah Redding of the Christian Transhumanist Society says believers need to join the conversation about these advances in science collectively known as transhumanism, not rail against it from the pulpit and assume an anti-scientific posture.

If you thought the current transgender craze is insane, just wait until transhumanism kicks into high gear.

It is from the realm of medical science that we are seeing the first advances in transhumanism. Researchers now are able to implant prosthetics that interface with the nervous system. Patients can “feel” and guide their hand (or foot) because of a sophisticated adaptation to the body’s neurons (which transmit signals to the brain by mimicable chemical-electrical impulses). 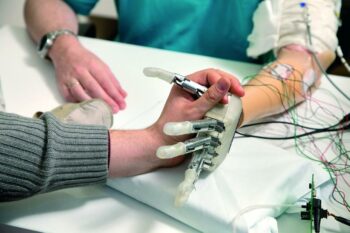 From there, transhumanists say we can replace body parts, rejuvenate the brain, splice in genes to remove disease and re-craft the human body to extend natural longevity to ridiculous numbers of years. Some predict lifespans returning to the pre-Flood days of Methuselah.

All of that sounds incredible. But some of the modifications on the human body made possible by science are troubling, especially when it comes to gene-splicing.

In 2017, scientists replaced a mutation in the genetic code of a baby to eliminate a heart defect. The baby was born with a perfect, healthy heart.

But take it one step further and it’s frightening. Can scientists create a superhuman? Can they splice in super-intelligence, good looks, musical talent?

Will rogue nations like China create an army of genetically modified super soldiers, with the stamina of a horse, the eyesight of an eagle, the muscular build of a Silverback, the capability to regenerate limbs like a lizard does its tail?

Will the threat that our rivals may be developing super soldiers constitute the next arms race and force our hand on a matter of dark, highly questionable ethics?

Already, the US’s Defense Advanced Research Projects Agency (DARPA) reportedly produces bullet proof material from spider webs produced in the milk of goats that have spider genes spliced in. What other technologies is the super-secretive DARPA doing?

If those questions aren’t troubling enough, another one is this: Will the genetical-modified super soldiers join together, turn against us and take over? The movie The Matrix might prove less science fiction and more science fact sooner or later, though with some variation.

The concept of these “transhumans” is very much a part of the current scientific dialogue, which bases itself on the assumption of evolution. By mutation and natural selection, man and all species evolved, according to Darwin’s theory. 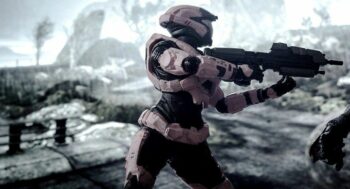 Now, the transhumanists say, humans must take matters into our own hands to guide our own evolution. To not do so would be to risk extinction, they claim.

Most Christians would take exception to that language. It precludes God’s hand in creation and His sovereignty. The brash atheism of the majority of transhumanists is enough to turn off most Christians.

“It is a terrifying development in our culture. It’s part of the breakdown of our culture because it’s a breakdown of distinctions” established by God, says devout Jew Barak Lurie, a real estate lawyer in Los Angeles.

“With transhumanism it’s very clear to me that it defies God’s overall plan for us,” Lurie adds. “Your friend could come in with big eagle’s wings so that he can now fly. You don’t know whether to call him an eagle or a man, or a combination of a frog and eagle and a man. There are many reasons why God gives us animals, but it’s not to become one of them.”

A man with eagle’s wings? Such a notion is not merely in the realm of comic books. In 2016, scientists in Japan “grew” an ear on the back of a rat to be harvested and implanted into kids mauled by pitbulls. Reverse the process from animal to man and it wouldn’t be far-fetched for a person to develop animal parts.

If the story of Frankenstein science doesn’t unnerve you, how about “uploading” your brain to the computer, a goal of the AI transhumanists. Since the brain works by electrical impulse to warehouse memories, could scientists learn and copy its functions to the point that you could upload your consciousness to a computer and subsequently download it to another body in the future?

Lots of Christians would accuse them of “playing God.” For years, some of the strongest voices opposing cloning have been Christians.

Elon Musk’s Neuralink aims to merge AI with human intelligence. In a recent development the company demonstrated a monkey controlling a video game with only its brain, no hand controls. One day, such AI experts hope to implant chips in the human brain that could upload information; you’d no longer need to study calculus or a foreign language. Just get the upload.

Beyond your stressed-out kids’ excitement over not having to study for tests anymore is a disturbing question: Will they be able to control your thought processes, change your political affiliation, erase your religious convictions?

The thrust forward into “Humanity+,” or” Humanity 2.0” (as Transhumanism gets called affectionately) is being financed by the big money that has emerged from the recent technological and Internet revolution. Elon Musk is just one player. Big money and big brains are driving transhumanism. 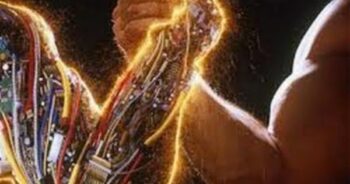 After these and many more ethical questions are considered, the disturbing thing about the transhumanists is their rhetoric. Almost exclusively non-believers, they are prone to giddy optimism bordering on hubris. In addition to discussing human-guided evolution and eternal life on Earth, they go so far as to call themselves “god.”

Zoltan Istvan in the 2013 novel The Transhumanist Wager portrays Christians as the evil hosts hunting down and killing transhumanists. Such a macabre portrayal of Christians doesn’t endear believers to his cause.

Micah Redding is not red in the face about any of this. He’s keeping his cool and employing a different strategy other than Elijah defying the prophets of Baal. He’s engaging the transhumanist in conversation.

“I don’t want us (humans) becoming God. I don’t even think that these technologies are us becoming immortal,” Micah says on a NewsChannel5 interview on YouTube. “But the idea that humans should use science and technology to extend human life, to radically improve our health and longevity and wellness and productivity and relationships, I think that’s really important. And there’s a lot of really deep Christian ways of talking about that.” 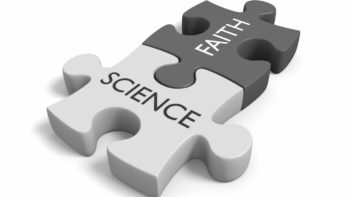 Micah, who grew up in the Church of Christ as the son of a pastor, believes the flamboyant hyperbole of transhumanists is largely due to Christians standing on the sidelines. Micah has hosted conferences attended by intellectuals around the world to talk — and to listen. A well-reasoned response is sure to reign in some of the more outlandish statements, he affirms.

Christianity has been a promoter and nurturer of science. Only recently, in the context of the evolution debate, has faith been pitted against science.

“You can see hospitals with names like St. Thomas and St. Mary’s and St. John’s because historically, we’ve understood that science and technology are part of the Christian mission to heal people and improve human life,” says Micah, who founded the Christian Transhumanist Association.

Christians not only have something valid to contribute; they have a much-needed message. Without Christian thinkers, the transhumanists are likely to fall into “radical egoism or power.”

“It’s important, not just to show up scolding or offering an ethical critique, but actually to advocate for a positive future, to bring some morality into this conversation,” he says. “They need to listen to us. There are more Christians than transhumanists.”

In his “other life,” writer Michael Ashcraft is a Christian financial professional for California, Nevada, Arizona and Nebraska helping people with retirement strategies, life insurance and annuities.