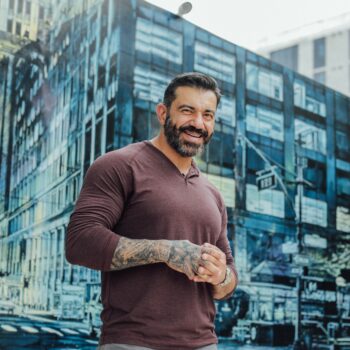 At age six, Bedros Keuilian was dumpster-diving to find expired but still edible food to feed his immigrant family as his parents and brother scrambled to earn money for their rent.

“I was the bread-winner of the family,” Bedros quips on an Ed Mylett video.

The “communist” from the former Soviet Union to “serial capitalist” in America, Bedros Keuilian is the founder and CEO of Fit Body Boot Camp, one of America’s fastest growing franchises.

In the dumpster, Bedros found a Herman Munster sweater that he wore to grade school. For the next three schools he attended, he was known as “Herman.”

Still, things were better in American than under communism. He calls himself a former “communist” because if you don’t sign up for the communist party, you get shipped off to Siberia, he says.

His father did tailoring on the side to save money to bribe the Soviet Consulate in 1981 to grant the visa so they could travel to Italy, where they applied for a visa to come to America. The KGB suspected he was engaged in “unauthorized capitalism” and raided his house various times, lining up Mom, Dad and the kids, while they searched in vain for needle, thread, cloth, anything that might confirm rumors that he was moonlighting as a tailor. He was good at hiding things, Bedros says.

There’s another very dark story in his background. Bedros was sexually abused by older boys in Armenia. His parents were unaware of this but when they saved little Bedros from communism, they also saved him from further exploitation.

The shame and rage boiled in the back of his mind and made him a terrible student and later a criminal who stole cars and ran from the cops.

Ultimately, Bedros learned to tame the raging beast in his bosom through Christianity and counseling. He became a better husband and a CEO. The beast, he says, caused him to sabotage his own businesses. He was unwittingly playing out the scenarios of his childhood until he learned to overcome them. 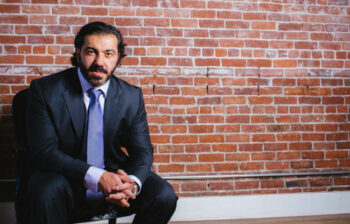 Today, Bedros also has a ministry to help called Fathers and Sons, a group he formed as a result of his own bungling as a new father.

While other motivational speakers downplay or even conceal their Christian faith, Bedros flaunts it: “Adversity is the seed to wealth, success, and even greater opportunity,” his website proclaims. “Look at Jesus Christ, he suffered to forgive us of all our sins.”

Being an immigrant has been an advantage in America, he says. It taught him to establish rapport quickly and to be resourceful. He calls it the “immigrant edge.”

He establishes rapport quickly because his family kept getting caught with kids in apartments where kids were banned. They would get evicted, under the Draconian Californian rental laws of the 1980s, and he would be in a new school making new friends often. 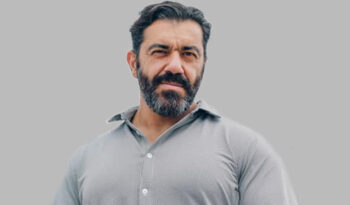 He is resourceful because in one of the many dirty apartments they rented in their time of poverty, Bedros got lice. Without money to buy anti-lice medicine, his mom siphoned some gas out of the car, poured it over his head on the grass outside the complex as a bunch of little kids gathered around to see what his mom was doing.

“I remember seeing little feet all around me,” he jokes. “Other kids were coming by and watching they’re probably thinking this lady’s about to light this foreign kid on fire.”

Truly, they demonstrated you can achieve the American Dream here. When his family came to Santa Ana, California, an acquaintance let all five family members live in an empty bedroom he had — but only for one month. He learned to work hard.

Bedros picked bread, eggs, clothes and milk out of the dumpster behind Alpha Beta Supermarket. You picked the mold spots off the bread and smelled the milk to see if it reeked of spoilage, and you were good to go, he says.

Getting into fitness was part of venting inner turmoil that bubbled up from being abused as a child. He bulked up, and you didn’t want to cross him on a bad day.

He ran afoul of the law, including hijacking cars and committing crimes.

“That’s one of my biggest regrets man,” he says. “Today I feel I need to live 10 lifetimes and be in service for 10 lifetimes to make up for that.”

He became a fitness trainer, a fry cook and a bouncer at a gay bar because it paid $4 more than at the straight bar. At that time, skinheads regularly cruised gay bars looking to beat up homosexuals, and it was Bedros’ job to defend them. He beat up lots of skinheads but decided he didn’t want to retire in the business of beating the snot out of people.

He launched and sold five gyms and discovered there was money in selling off businesses.

At about that same time, he got married. Two years into the marriage, he was arguing with his wife, as couples do, but the raging bull reared his head. He smashed his fist through the wall and walked out. His wife, he said, could have all the money in their account and their little house in Chino Hills.

Later he realized, “walking out” on people who “crossed him” was rooted in the violation perpetrated on him by older boys in Armenia. He started to grapple with the monster inside, first by listening to Laura Schlessinger on KFI, the radio psychologist from the 90s. She taught him to be responsible as a father and to stop the negative self-talk.

Then he went to a therapist and after 18 months, he has found healing in writing his childhood self a letter changing his destiny, bringing emotional freedom.

“I wrote 18 pages to that little boy. I said today you’re this and here’s what you’re gonna become, and then here’s how your life’s gonna end,” he relates.

He was appropriating the promises of God and realizing his destiny in God, a destiny of goodness and healing and triumph. His marriage survived, and now he has two kids.

“You might think that burying these demons deep inside of you is the best way to go about it,” he writes on a blog post. “I’m here to tell you from firsthand personal experience that they’ll show up in other areas of your life and haunt you until you address them and heal from them.

“They’ll show up in your marriage, your health, your friendships and in your business in ways that cause you to sabotage your health, success and happiness,” he continues. “Want to know what worked for me? I got help. I did the work. I healed.”

In his other life, reporter Michael Ashcraft is a Christian financial professionals selling life insurance and annuities in California, Nevada, Arizona and Nebraska.