Patrick of Ireland is probably the most celebrated Christian figure in popular culture—second only, perhaps, to St. Nicholas. We devote a day on our calendar to him every year. Personally, St. Patrick’s Day means a traditional Irish meal of corned beef and cabbage. It is a reminder of the simple pleasures in life that the Irish seem so good at celebrating. It conjures images of all things green, of leprechauns, and of “luck.” However, by all human standards, the patron saint of Ireland was anything but lucky.

Patrick was kidnapped by Irish marauders at the age of 16. He arduously escaped back to Britain six years later, narrowly evading starvation during the long journey home. When Patrick was called by God to take the gospel to his captors, fellow Christians opposed the idea.

Patrick recalled, “Many were trying to prevent this mission. They were talking among themselves behind my back, and saying, ‘Why is this fellow throwing himself into danger among enemies who know not God?’ Not from malice, but having no liking for it” (The Confession of St. Patrick, 16). People at home could not grasp his missionary drive.

“Patrick’s motives were pure and exemplary of what should animate missionary passion even today.”

Patrick also faced harsh opposition from the people he was instrumental in rescuing. He was kidnapped at least twice more. He referenced 12 near-death experiences and recalled that he had to endure insults from unbelievers, persecution, imprisonment, and hearing his whole endeavor slandered (Confession, 13). And at the end of his life, Patrick’s character was called into question as he faced accusations of being motivated by greed.

But as Patrick described it, he was “bound by the Spirit” to preach the gospel to the Irish and pour out his life among them (Confession, 16). And he was motivated to be sure, though not by greed. As we’ll see, Patrick’s motives were pure and exemplary of what should animate missionary passion even today.

Patrick stated that it was according to the measure of one’s faith in the Trinity that one should spread God’s name everywhere and offer his gift of salvation to all people with confidence and without fear, even in the face of danger (Confession, 4). If we really know the triune God we claim to worship, if we really believe that God is awesome, majestic, wonderful, and worthy of all praise, then we will be about the spread of God’s name, regardless of the consequences.

Patrick was excited about the exaltation of God in the far reaches of the globe. In his fifth-century context, Ireland was perceived, quite literally, as the end of the earth. He believed himself to be instrumental in completing the Great Commission (Confession, 13). In our context, we, in fact, know exactly where the ends of the earth are, and we know precisely which people are unreached. That ought to stir our hearts to ensure that God is worshiped among them.

Patrick—though in the minority during his lifetime—understood the mission mandate of the Bible. He firmly believed that people from every tribe, tongue, people, and nation of the world would be saved. This was his justification for diligently applying himself to the task the Savior called fishing for men (Matt. 4:19). And so, he said, “It behooved us to spread our nets, that a vast multitude and throng might be caught for God” (Confession, 14).

For Patrick, the motivation was simple. Why take the gospel to the Irish? The Bible said to.

Yet Patrick’s mission was never a mere duty. It flowed from a grateful heart. He was keenly aware of his sin and that he was unworthy to be used of God. He opened his Confession by identifying himself as a sinner, a simple man, and the least of all the faithful. His salvation he attributed to God, claiming it was the Lord who opened his mind to an awareness of his unbelief, who regarded his insignificance, pitied his youthful ignorance, and redeemed him (Confession, 2). 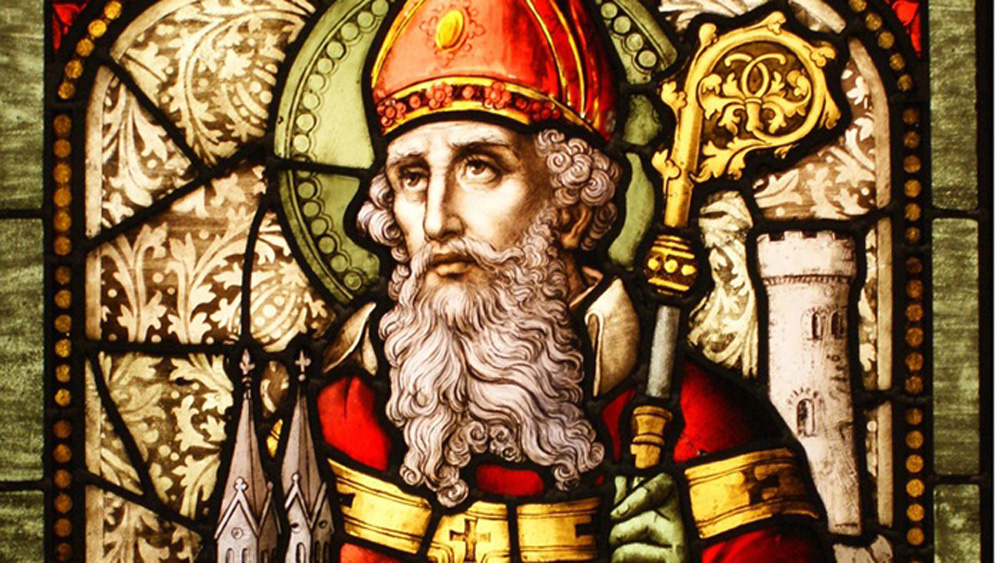 God’s great grace in salvation spurred Patrick to tell others about this grace. He vividly illustrated that before God saved him, he was like a stone lying deep in mire, which was then raised up for the purpose of proclamation. Therefore, he declared, “I ought to shout out in gratitude to the Lord for his great favors in this world and forever” (Confession, 4).

Elsewhere he asserted that in light of salvation, “Our way to repay [Christ] is to exalt him and confess his wonders before every nation under heaven” (Confession, 2). Indeed, the proper response to God’s grace is to go and tell others about what he has done.

“Although Patrick saw incredible fruit from his gospel labors among the Irish, it came at the cost of unspeakable suffering.”

Patrick’s family and friends did not share his missionary zeal. And though he saw incredible fruit from his gospel labors among the Irish, it came at the cost of unspeakable suffering. The fuel for Patrick’s relentless missionary passion was God’s glory, God’s Word, and an overwhelming thankfulness for God’s salvation.

These are motivators we too can share with Patrick as we continue to carry out the Great Commission. We need them. Missionary engagement is still fraught with danger and guaranteed hardship. And those close to us may indeed question our callings and motives. The missionary’s job description has not changed in two thousand years. Neither has God. He is still worth it. – Baptist Press

Andrew Ballitch (PhD, The Southern Baptist Theological Seminary) is a pastor at Hunsinger Lane Baptist Church in Louisville, Kentucky. He is also a postdoctoral fellow at The Center for the Study of the SBC at SBTS, and an adjunct professor of church history at Boyce College. Find him on Twitter @AndrewBallitch.