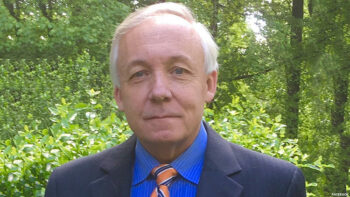 He’s been called “America’s most self-loathing homosexual,” but Doug Mainwaring, who struggled with same-sex attraction, was just trying to do the best thing for his kids and for the nation.

“I was living as a gay man at the time and I began to write about the need to maintain the definition of marriage,” Mainwaring says on a Ruth Institute video. “President Obama had just come out that he had evolved on the issue. It was suddenly becoming front and center in the national debate.”

His 2012 piece, “The Myth of the Same-Sex Marriage Mandate,” caused a commotion.

While he was sounding the alarm, writing and speaking on major media platforms about his concerns for his family and America, he was dating men.

Recently divorced and resentful about the dissolution, Mainwaring was indulging a same-sex attraction he had felt but never acted upon. But as he wrote, he began to see that he needed to fix more than just the nation. He needed to fix himself!

He was married in 1985 and adopted two boys. He told his fiancé of his attractions to men, but had never acted on the attraction. 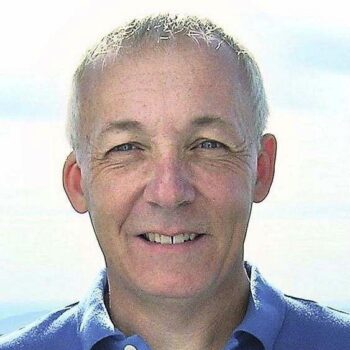 “It remains the saddest moment of my life,” he says. “I knew I was same-sex attracted going into our marriage. I had been aware of that since I was a boy. I can understand when people say they were born that way because I can’t remember a time when I wasn’t same-sex attracted.”

His marriage had been a dream: kids, home, picket fence, dogs. When the dream ended like a nightmare, he decided to indulge his homosexual tendencies.

“I thought, ‘Dang it, I’m going to go check this out,’” he says. “I was just being selfish. And in a sense it was retaliatory.”

He answered ads, which is what you did in the late ‘90s. “I went and started meeting guys. I didn’t do anything. We just met for coffee or lunch. Eventually I did have a few relationships.”

Mainwaring was apolitical. But then Obama publicly affirmed his support for letting abortion survivors die on the operating table.

“That was a riveting moment for me,” he says. “That was when I got radicalized to a degree, especially since our children are adopted, I was well aware they could have been aborted.”

When the Tea Party movement launched with conservatives on the East Coast, he got on board. As he saw the media only slander the Tea Party, he began writing to dispel the media’s attempt to demonize it. He captured attention and was offered a chance to write for the Washington Examiner. 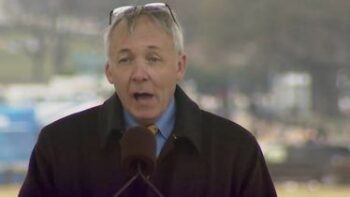 “But I quickly realized that our problem wasn’t fiscal in nature, but it was society,” he says. “As I began to write about social issues, I began to start looking at my own life. I couldn’t write about the importance of family life without doing something about my own family.”

He had been separated for more than a decade.

“I realized I’d better try to do something to put my marriage back together,” he says. “The evidence was everywhere screaming at me, ‘Doug, you need to put your life together.’”

His youngest son was beginning to act up at school. He was biting other kids and falling into disproportionately huge rages. He sat with his ex-wife to discuss how to respond.

“One day I realized, he’s not to blame. We’re to blame,” he narrates. “We took away his happy home and placed on him our stress on his shoulders and this was the result of it.”

After days mulling what to do, he prayed.

Just days later, his wife asked if she could stay at his place while she was recovering from back surgery. 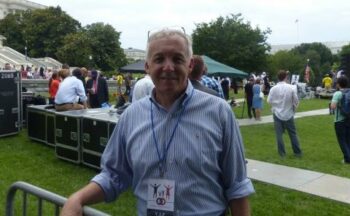 “Why don’t we pack up your apartment and you can move back in with us permanently?” he responded.

What started as a plan for “peaceful cohabitation,” slowly moved through nights of watching Jeopardy on opposing sides of the couch, evolved moving slowly closer to each other and eating popcorn. Now their marriage is restored, he says.

“The experience opened my eyes to how children need both their mother and their father,” he says. “It helped me understand why the issue of same-sex marriage is much bigger than the rights of two guys or two girls to have a marriage certificate issued by the state. It was going to have an impact on the lives of children.

“Now we have families where children are brought into the world specifically to be denied the right to have either a mother or a father.”

Needless to say, the LGBTQ lobby was not pleased that a “gay man” was speaking out against same-sex marriage. His conscience-driven decision to repent of toying with his homosexual impulses caused the LGBTQNation to brand him as “America’s most self-loathing homosexual.”

In the current conception of culture, you change your gender, you can change from straight to gay, but if you dare to wish to change from gay to straight, you are denying your true identity and jeopardizing multiple tens of thousands of other confused souls with suicide.

The blowback against his voice has been ferocious, but Mainwaring hasn’t gotten intimidated. He just keeps speaking, dispassionately and transparently. He co-authored amicus briefs when the Supreme Court considered same-sex marriage.

The furor gives him pause though.

“If I write this and publish this, what’s the backlash going to be? Do I need to be afraid even to submit this for publication?” he says. “I would publish something and a thousand comments would be generated by the gay activists. It is not kind.”

One comment became the title of another piece: “Homely as a dog’s rear end.”

“That was the nicest thing anybody said,” he comments. “But I concluded that the truth is going to help people. It’s not going to injure people.”

Christian Devantier studies at the Lighthouse Christian Academy on the edge of West Los Angeles.