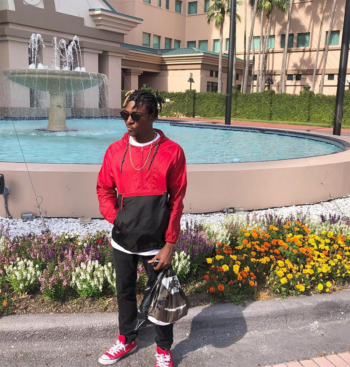 When he broke his walkie-talkie as a child, he was able to fix it himself. But when his finances were broken, God fixed it.

“I broke the walkie-talkie on my birthday, and I was like, ‘Ah, man, I can’t tell Mom I broke it,’” Dennis Dixon says on a CBN video. “So I was like, ‘I’m gonna try to fix it.’ And I didn’t know how to fix it. But I opened it up and I saw the inside and it just caught me. And I’ve always been interested with electronics since then.”

Being adept with electronics came in handy. First, he repaired some friends’ devices, and they told others. At the encouragement of his father, he placed an ad as an adolescent, and the calls for help flooded in.

As money came in for his services, his father encouraged Dennis to honor God with the tithe.

“Tithing is you trusting God with what He’s given you and honoring Him, you know, 10% of the 100% that He gives us every day,” says Dennis. “Setting aside money for God, for His kingdom and for His purpose and learning how to trust God with everything you have including finances.” 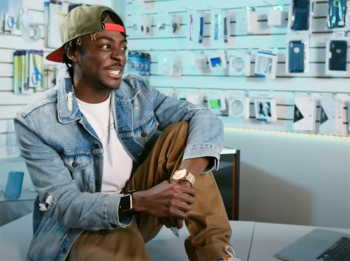 He got a work at a large electronic store, but the company went bankrupt. Dennis lost his job at the same time his mother was laid off. Then they lost their car and their house.

How could he, under duress, stay faithful with his tithe?

“I realized that faith wasn’t just a feeling, but it was a reaction. Like how am I gonna choose to respond to this? Am I gonna panic or am I gonna continue to trust God?” he says. “And I chose to continue to trust God. I chose to continue tithing and praying. Believing that He was gonna take care of us. And I would actually go above and give offerings, just believing for God to do a miracle. I wasn’t gonna allow my circumstances to destroy my faith.”

With no work available, Dennis felt God stirring him to do something outside his comfort zone — start his own electronics fix-it store. He could think of many reasons not to risk such a venture. It wasn’t the right time, he lacked capital, etc. 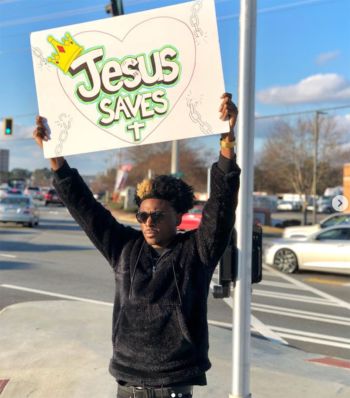 But when he saw a vacant storefront, God prompted him to inquire about leasing.

Learning a little about his dreams and abilities, the owner offered him a few months of free rent. I Will Fix Your Phone opened in an Atlanta suburb a few years ago.

Through hard work, diligence – and giving back to God – a window of blessing was opened from heaven. His family got the car back, the house back, and he now earns a six-figure income.

Bring the whole tithe into the storehouse, that there may be food in my house. “Test me in this,” says the Lord Almighty, “and see if I will not throw open the floodgates of heaven and pour out so much blessing that there will not be room enough to store it. (Malachi 3:10)

This is the only place in Scripture where God asks his children to test Him. When they follow His lead by offering the whole tithe to Him, God responds in ways that are often amazing.

“Since I’ve been tithing, I’ve just seen like a ridiculous favor that just doesn’t make sense. Like miracles would just happen,” Dennis says. “I would just see God provide in ways that I could–I know that in my wisdom or in my knowledge, I couldn’t have made it happen by myself. And it’s just favor. God restored everything we lost and then some, a hundredfold. Like I never would have thought that I’d end up here, running my own company, making six figures, every day it’s a blessing.”