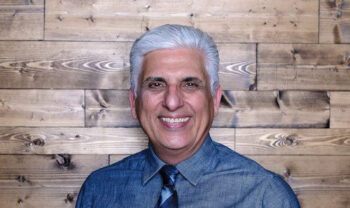 The crisis of faith came for Hormoz Shariat when Iranian authorities arrested and executed his 18-year-old brother for a minor political crime. Hormoz, who was living in the United States after getting a PhD, wanted revenge.

“Then I realized, ‘Oh, God says, vengeance is mine.’ You’re not supposed to do that,” Hormoz says on a Huntley100 video. “Ok, I hate those people who killed my brother…I’m not supposed to hate. I’m supposed to even love my enemies. Ok, I’m angry…I’m not supposed to be angry in my heart. So I said, ‘God, can I at least cuss?’ No, no bad words because you worship with your mouth. Finally I asked God, ‘What can I do?’”

The loving Father impressed the following on his heart:

Today, Hormoz presides over an evangelistic outreach that is part of the tsunami of salvation washing over Iran, likely the fastest growing church in the world. While Iran’s regional ambitions and nuclear program dominates the news, widespread underground revival is occurring and going mostly unseen.

It may seem ironic that Hormoz Shariat’s beginnings were very much in the anti-American, pro-Islam movement that swept the Shah of Iran from power, instituting an extremist Shiite government.

Hormoz was a naïve young man caught up in the fervor of multitudes in the streets shouting, “Death to America!” It wouldn’t take long for him to see the error of his ways. People were executed on the streets summarily for any association with the previous regime. Austere religious laws were imposed denying people freedom.

Hormoz now says he was being moved by the masses, who mostly wanted democratic change to oust a corrupt dictatorship.

When he came to America to pursue a PhD at the University of Southern California, he saw how blessed America was and changed his mind.

He was achieving the American dream. He had a well-paid career, a house and an American wife. But it seemed empty. He chafed at the grind and a lack of purpose.

So he embarked on a quest to find the truth. He would dedicate his life to serving the true religion, he decided.

Raised Muslim, he gave Islam his first attention. But after reading the Koran in a systematic and scientific way, he didn’t find God.

Next, he purposed to finish the Bible in three months. He started in Matthew.

He quickly got stuck on Matthew 5, the Beatitudes. The call to forgive and love your enemy was astonishing. Would it work? he wondered. 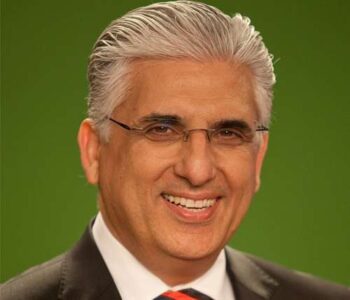 Then his younger brother in Iran was arrested when he was only 16 and held for two years. At the end of that time he was summarily executed without due process and without so much as notifying their parents.

The Iranian regime called his mother and coldly informed her she could pick up her son’s body. Adding insult to injury, she had to pay for his body to be released.

Reacting from afar, Hormoz burned with rage, but knew he was powerless to do anything.

He mulled his options, but everything he settled on contradicted the Scripture.

God challenged him to exact revenge by attacking the right enemy: the devil.

“If you want to get revenge, share the Gospel,” God told him. “Because every one person who comes to Christ, there is a rejoicing in Heaven, we know that. But there is a mourning in the courts of Hell of Satan.”

As an engineer, Hormoz was naturally shy and avoided public speaking, but the call pressed on his heart. He asked God for a big “revenge.”

“Would You use my life to bring one million Muslims to Christ?”

“I didn’t know what I was asking. It just came,” he admits. “I had no idea how it could happen. It was a desire in my heart.”

Hormoz quit his job and entered Christian ministry. Not everything was smooth sailing. Today, he leads Iran Alive Ministries, which ministers to the Iranian people through their satellite and internet programs. Iran Alive has helped establish 1,000+ underground churches in Iran in more than 100 cities.

Christian analysts say the Gospel is spreading faster in Iran than almost anywhere.

“There’s an amazing breakthrough spiritually in Iran,” Hormoz says. “Iranians by the millions have rejected Islam and they’re very open to the Gospel. We use satellite media to go over the heads of the Mullahs into people’s homes. Their hearts are ready. Jesus appears to them in visions, dreams and miracles.”

The same simple message of salvation, that so befuddled the intellectual Hormoz as an adult, a “message that a child can understand,” is saving Iranians by droves.

In recent weeks, Iran Alive Ministries has clocked 10,000 requests for information and prayer — despite being blocked by the Iranian government. They need to go out of their way to use a proxy.

Danny O’Neill studies at the Lighthouse Christian Academy where they give strong academics on the West side of Los Angeles.