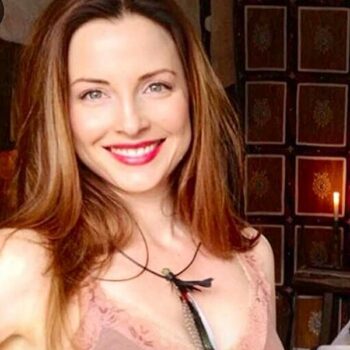 For seven years, Julie Mellor left the red New Testament on the top shelf untouched. When the Gideons Bibles was dropped off in her classroom, Julie was hostile.

“I was an atheist; I didn’t have any time or need for God,” she says on a Jesus Peeps video. “I thought the Gideons were taking up my class time and I thought spreading fairy tales amongst the kids”

Julie, a native of Melbourne, Australia, was a highly educated schoolteacher. She got her Master’s degree from Cambridge University in England.

While she didn’t believe in God, she did explore the New Age Movement.

But then trouble came into her life. 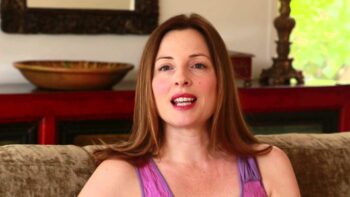 “I went through a traumatic period in my life, and I thought my life was ruined and beyond repair,” she says. “I was actually considering suicide. God I’m going to believe and pray to you for a month, and you got to show me the goods.”

She remembered the shelved and neglected New Testament. At least, she hadn’t thrown it out.

“I must have been touched somewhere in my soul,” she says. “I took one of their red testaments and I put it on my shelf, and it stayed there for 6-7 years untouched.”

In her “no-obligation 30-day free trial,” she thumbed through the verses that can be found at the back of the Gideon’s New Testament. Every single one ministered to her. 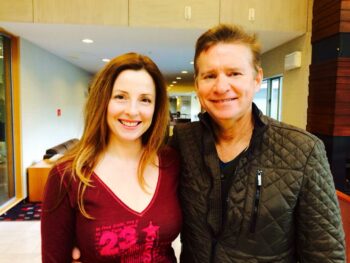 “The list just jumped out to my heart,” she says.

Intrigued, she delved into the Gospel of Matthew.

“These were the words I exactly needed someone to say to me, so reassuring,” Julie says. “I instantly understood that Jesus was what everybody is searching for.

“Here I was, I found Him. I mocked Him my entire adult life and yet He yanked me out of this dark place!” she says.

Today, Julie is married to Australian international healing evangelist John Mellor, who first went to the aboriginals in the hinterlands and prayed and fasted for miracles to validate his message. An outpouring of supernatural healings brought revival to the region. Even the local witch doctor admitted he was outdone.

They have also ministered in Scotland, where they witnessed an eruption of miraculous healing that caught people’s attention and brought hundreds to Christ.

The couple have written books and now minister out of their Christian Outreach Centre based in Buderim, Queensland.