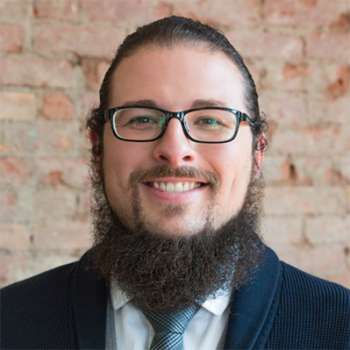 In his ambition to become a millionaire, Jared Brock graduated college before most finish high school and became one of the country’s youngest licensed real estate agents. Next he bought a four-plex, flipped it and made a ton of money.

He spent the money as quickly as he earned it.

His ambition began with his dad’s supposed “failure” – in Jared’s eyes. 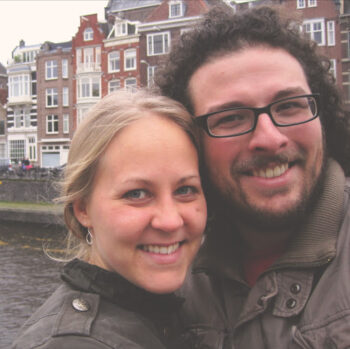 Jared was well on his way to his goal when he married Michelle and honeymooned at Lake Nicaragua where there are fresh-water sharks. He became a Christian, but he wanted to pursue his own dreams, not God’s.

The first disappointment was all the trash along the shore of the Nicaragua Lake, which otherwise is a marvel of natural beauty.

The second disappointment was a 19-year-old boy with no legs who hobbled up on crutches to a leaky fire hydrant, pulled out a straw and began drinking.

“Daniel had no hope and it rocked me. I had never seen poverty before. I had never witnessed environmental degradation before,” he says. “And it changed me in that moment. My dream of becoming a millionaire just died there.”

Jared swapped the compass of his life and went for the path of downward mobility. 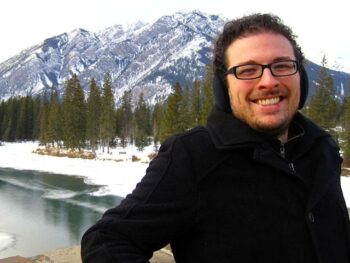 “I knew that I needed to learn how to steward money so the people like Daniel wouldn’t have to drink from a rusty fire hydrant,” Jared says.

Instead of pursuing wealth, he would pursue a high standard of giving.

He realized his love was for writing through an internship with an author, where he learned the craft. He sent out manuscripts and query letters. As the weeks dragged into months and no paycheck came in, Jared broke down and applied for a scholarship to study a new career — trucking.

It would be rough to be away from Michelle. Just weeks before he was supposed to start, he landed a publisher and went on to write A Year of Living Prayerfully, Bearded Gospel Men, and The Road to Dawn. He is also the director of “Red Light Green Light,” “Over 18,” and “Redeeming Uncle Tom” and has made videos that shed light on human trafficking.

Jared and Michelle live in a modified trailer. They don’t have a lot of the luxuries enjoyed by their friends. But, Jared says, they enjoy more food choices from the supermarket than Louis XIV had in his extravagant palace of Versailles.

“If you’re just going after money, you’re always gonna be chasing,” he says. “But if you’re going after meaning it’s a whole other ball game and it’s a game worth playing.”