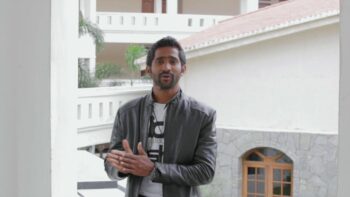 Sayeed Badshah doesn’t know his birthday, his mother’s name, his father’s name or where he was born.

The last thing he remembers, when he was 3, his mother tried to run away, and the alcoholic father caught them in their flight and beat his mother to death. His two older sisters took him to Mumbai, where he was separated from them.

An Indian constable brought him to an orphanage, where he was abused both physically and sexually until age 7. 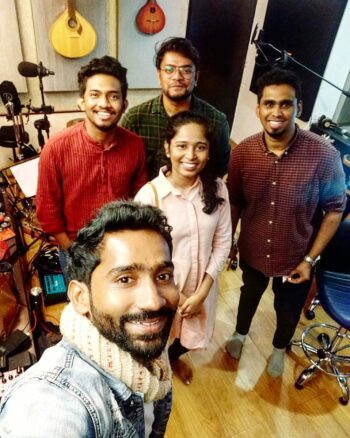 “At the age when children are supposed to play with their toys, I went through things that I can’t even describe,” Sayeed says on a Your Living Manna video. “That brought a lot of hatred in my life.”

He ran away and asked for a job everywhere. Nobody took him seriously, until he got a washer job. When he got fired from that, he resorted to begging at stop lights and in the trains. With his only T-shirt, he would sweep the inside of the passenger train and then pass through the crowd asking for a handout.

“That became my life,” he says. “Many a time I would not get even one single meal all day long. I used to wait outside the restaurant for people to throw away their food. I used to fight with dogs and grab food from their mouths.”

Baths were twice a year. He didn’t have a change of clothes.

“My body used to smell,” he says. “Nobody would come close to me.” 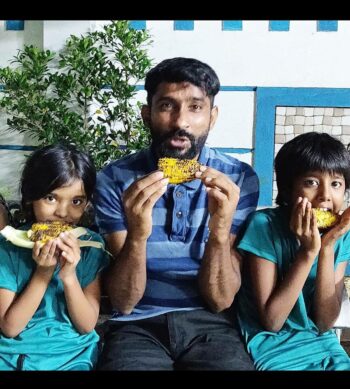 He tried the Hindu temple and prayed. Likewise, no one answered.

A friend said that anything you believe in is god. So he erected a small temple to a stone next to the traffic light where he begged.

“I began to worship that stone every day and put flowers and everything on that stone,” he says. “I was thinking something would happen, but nothing happened. So I kicked the stone and said, ‘There is no god.’”

“I was hurt because the only hope that I had in my life was God, and here I stood at the conclusion that there is no god. I thought my life was gone.”

He made his bed at the exact traffic light where he begged. 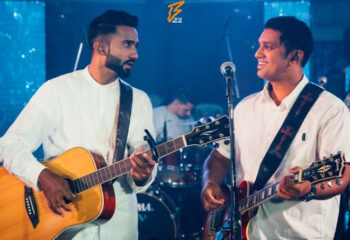 “I believed that if there was any real god, he would answer my prayer,” he says.

The prayer was answered, because the very next day someone from a Bible college happened to take notice of Sayeed and felt directed by God to invite him to Teen Challenge.

Sayeed accepted the invitation, stayed one year, but then ran away. They sought him and brought him back. He ran away again. This cycle repeated seven times.

By now, Sayeed had developed the habit of stealing — even from Teen Challenge.

“Nobody ever thought I would change,” he says. 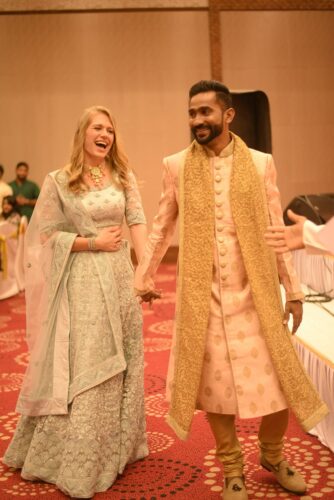 On the streets, Sayeed practiced his thievery. He worked one hour a day and earned more than people with a job.

“A lot of money started coming in. I became a professional pickpocket,” he says.

He carried blades in his mouth to be prepared to defend himself because his victims tried to kill him on various occasions. He would give the area cops bribes so they wouldn’t harass him. Often he would pickpocket his own bribe away from the cop.

Police warnings were posted with his picture, cautioning people to be on their guard against him.

Eventually, he wound up in jail. Once released, he went back to Teen Challenge.

In 2004, he finally surrendered his life to Jesus as his Lord and Savior and the transformation process began.

“The greatest miracle on this earth took place in my life,” he says. “I gave my life to Christ. That changed my life forever.”

From that moment on, he began to learn English and go to school. He studied guitar and became a musician. In 2010, he graduated from Southern Asia Bible College in Bangalore.

Now, Sayeed travels throughout India as a musician and an evangelist.

In the same train stations and on the same light posts where police once posted warnings of him as a pickpocket, now announcements with his photo for his musical ministry are displayed.