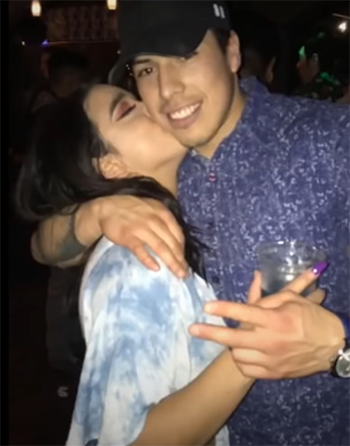 Vivian Herrera worked out intensely. She wanted her ex to feel sorry for cheating on her. She called the results her “revenge body.”

She uploaded 10,000 sexy shots to Instagram, attended raves and did drugs every other weekend when her ex had custody of their baby. She also fought with him every chance she could.

Vivian didn’t really know God through her church upbringing. By 18, she picked up on the “law of attraction,” the New Age idea that positive thoughts bring positive results, and she was making good money as a saleswoman at LA Fitness in La Habra, CA.

“I was attracting all this stuff, but I was still empty,” she says on her Faith with Vivian channel. 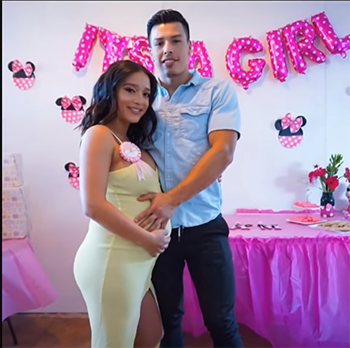 As she grew more self-centered in the quest for money and adulation from boys, she lost all her friends from high school. “All I cared about was money and working out,” she admits. “They wanted nothing to do with me because I was so selfish.”

She fell in love, moved in with her boyfriend and had a child by him, but when he cheated on her, she reacted with volcanic anger.

“I got so mad guys. I went to his job, and I keyed his car,” she admits. “I threw all his stuff. I cursed him. I told him he deserves to go to hell.”

The purpose of her life was to make him regret his infidelity. She trained hard to get a sexy body for a bikini competition that would make him eat his heart out. 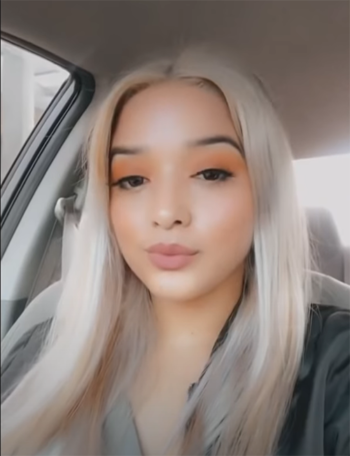 “I was getting my revenge body,” she says.

In her headlong plunge into sin she slept around, did drugs, and traveled to Las Vegas as often as possible to party. Instead of worrying about her baby daughter, she danced the night away at raves whenever her ex had their daughter.

“I was literally doing anything to numb the pain,” she says. “Living for money, weed, alcohol partying, concerts, it was pretty empty. My life really had no meaning at this point. I was literally just trying to forget the pain that I was in. I knew what I was doing was wrong.”

She had started going to church, but instead of “leaning in” on God in her time of crisis, she walked away from Him.

The rampage was unstoppable, until Covid struck.

Like many families, hers took Covid very seriously. She stopped attending concerts during the lockdown. 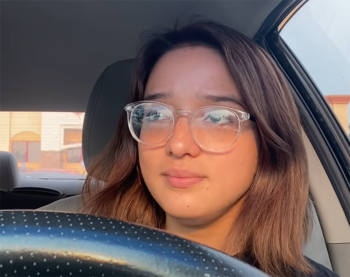 “There’s been such a great awakening this year because we have no distraction, so we realize how empty we really are,” Vivian says. “This year was a rude awakening. I was awakened this year. I had no playground to get my mind off of how empty I was.”

After reflecting on her drug habit and social media addiction, Vivian began to have thoughts about being a better mom.

“If you’re, a mom, you should want to spend time with your kid,” she admits. “You shouldn’t want to be high all the time and on your phone.

“I kind of hit rock bottom,” she says. She returned to her Bible and tried to read it again, but it was Sadie Robertson who brought about the whole epiphany when she read these words: “Life is an option. Change is possible.” 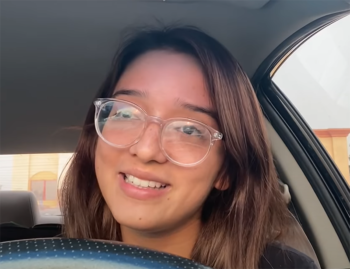 She threw out her stiiizy (cannabis pod) and got down on her knees. She wrote on a piece of paper every one of her sins and asked for forgiveness.

“After that I threw out the paper,” she says. “And I felt so free.”

She forgave her ex. She deleted all 10,000 Instagram photos that glorified her body, not Christ. She started going to church and launched a YouTube channel that preaches the Word.

She thanks God for Covid, which stopped her pursuit of reckless hedonism.

“Changing my appearance didn’t fulfill me,” she says. “I was just a mess. Life left me feeling so empty and thanks to 2020 I realized that the only way to be fulfilled is through Jesus Christ our Lord and Savior.”