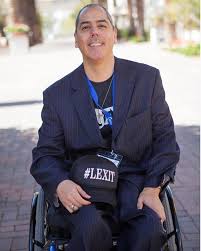 Backslidden Jesse Holguin was going to avenge the shooting of his cousin, but as he was kicking down the murderer’s door, the man fired at him from a side window.

“I got shot; I didn’t know I was,” Jesse says on a Prager U. video. “I didn’t hear the gunshot and I didn’t feel it or nothing. I just I was on the floor, and he was trying to shoot me some more and I was trying to pull myself with my arms.”

From a young age, Jesse was involved in shootings.

“As other kids wanted to maybe grow up to be an athlete or wanted to be a movie star or something like that, my goal my whole life since I can remember I was wanting to be a gang member,” Jesse says. 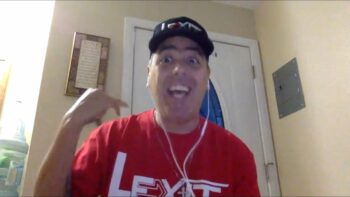 Every weekend, he, his brothers and his homies were getting shot at.

“My family had a good reputation around the neighborhood I was in and all that,” Jesse relates. “I tried to earn my own respect.”

It wasn’t long before he wound up in Youth Authority jail, “our worst nightmare.”

The front of fearlessness worked. The threatening kid backed down.

“That was just my first day,” he says. “They called it gladiator school.” 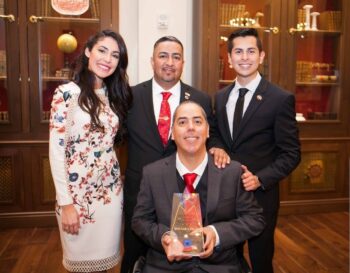 Jesse was released from the Youth Authority to a hero’s homecoming. In thug life, serving time is like earning your stripes in the military. Upon release, he was named leader of the entire gang.

“I ended up achieving the greatest that you could hope for in that lifestyle,” Jesse says. “I ended up being the leader of my gang and my gang was a big, powerful respected gang. I had respect. I had women, I had everything. But I still wasn’t happy.”

In addition to being the leader of the gang, Jesse also worked a job. His boss happened to be a Christian and would talk constantly about Jesus.

“I never heard it the way he was sharing it with me,” Jesse says. “So he was sharing me telling him about Jesus and things like that, and I told him, ‘You know what? That sounds good. Maybe one day, if I ever get married and stuff like that, maybe maybe I’ll go to church.’”

But, he added, “I don’t even think I could be forgiven.” 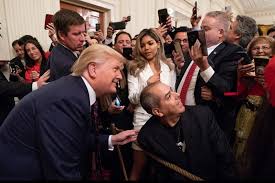 The old man told him all about David’s sin with Bathsheba and the subsequent arranged killing of her husband, Uriah, and how God can forgive.

It gave fodder for thought, so when he was alone, Jesse prayed: “Help me to change.”

The trouble was that Jesse was going to do another shooting that very night. After a high-speed chase, he crashed with his buddies and got arrested. This time, he faced life imprisonment for seven felonies. It prompted prayer again.

“Please, God, give me one more chance to get out and I promise I’ll never touch a gun,” he prayed.

He dreamed a scary dream and cried out to Jesus for forgiveness. “I woke up, I was changed,” he says.

He was born again in his sleep!

“I was a whole different person inside, like I didn’t understand what was going on with me, but I just knew something dramatic because I was totally changed.

Previously when he had tried to read the Bible, it was boring. He didn’t understand. But now, the pages came alive. He joined the jail Bible study.

But he also committed a mistake. He kept hanging with “the fellas.”

His sentence turned out favorably — only a few years.

After being released, his gang threw him a big party at his house. They wanted him back as the leader of the gang. Jesse tried to tell them he was now a Christian and could no longer do gang activity. They didn’t believe him.

“Even my own mother tells me, ‘I’ll disown you if you turn Christian,’ because they hated

Christians,” he says. “Just imagine that. She would rather me being a gang member than going to church.”

He had good intentions but no support. Then his cousin got murdered, and they gave him a gun.

He went to kick down the door. He didn’t count on the guy shooting him from the window. He didn’t hear or feel the bullets.

But he fell to the ground. He tried to drag himself away while his adversary continued to rain down bullets on him. The bullets perforated his lungs and shattered his spine.

When the cops arrived, they uttered a grim observation: “He’s not gonna make it. His only chance is to call for the chopper.”

As they flew him to the hospital, “I was all scared of dying. Once I started calling out to Jesus, a wonderful peace came over me and I was just so at peace, so comforted.”

His ministry started as soon as he arrived at the hospital. “They were amazed. When they see me the doctors were like, ‘Man, we never seen a guy like you before. Usually when we tell them they’re never gonna walk again, we have to give them antidepressants.

“But the Lord gave me peace for my situation.”

Seeing his good cheer, the hospital staff enlisted him to wheel around to encourage other patients, he says.

“I was all shot up, but I’d go around the hospital trying to cheer up all the other patients. The Lord was already starting to use me, even though the nurses were in shock.”

One day all his fellow gang members showed up in his hospital room.

“We want to go get the guy that shot you,” they vowed.

“What do you mean?” they asked incredulously. “we’re going to get him.”

“I forgive him,” Jesse said, startling them. “I forgive him. Let him go. I was supposed to die that day, but God left me for a reason.”

Today, Jesse is a born-again Christian who ministers from his wheelchair, a legacy of that shooting.

Michael Ashcraft, in addition to doing Christian journalism, does rollovers in Los Angeles.