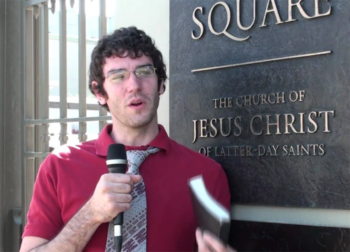 ‘Overzealous’ Mormon missionary Micah Wilder attempted to convert a Baptist pastor during a two-year mission in Orlando, Florida, but something surprising happened instead.

The Baptist pastor told the young man to go home and to read the Bible as a child. “I promise you that if you’ll do that that God will change your life and He will open your eyes and show You for the first time in your life, what the gospel, the true gospel of Jesus Christ really is.”

Micah left the pastor’s office in a huff.

As far as upbringing and credentials in Mormonism, Micah lacked nothing. His zeal surpassed many of his peers.

His mom was a professor at Mormon-stronghold Brigham Young University and his dad was a temple priest.

“I did not believe that I was saved by grace as a free gift,” Micah says in a Kassie West video. “I believed that I had to earn my way into God’s love and prove myself to God and show Him that I was worthy enough to be saved.”

Accordingly, at age 19, he trained to be a Mormon missionary with the best and the brightest the Church of Latter-Day Saints had to offer. After preparing at the Missionary Training Center at Provo, he was sent to Orlando. 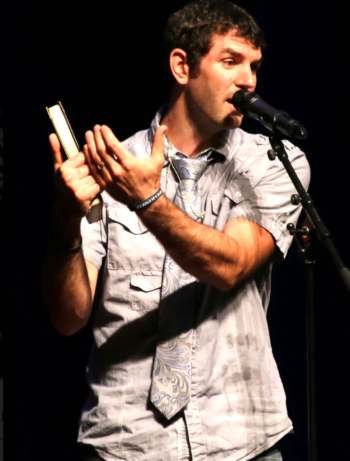 “I was being very zealous and trying to convert people into my faith and riding my bicycle and knocking on doors, and I’d been there for a few months, and I got a little, you might say, overzealous in my attempt to convert others because I actually attempted to convert a Baptist minister and his whole congregation to the Mormon Church.”

Micah sat down with the pastor in his office and the two compared notes. Micah wielded the gospel of works, and the pastor illuminated Scripture. Micah was none too pleased with his fruitlessness, but the patient pastor encouraged him to re-read the New Testament, taking off the dark lenses of religion, and begin again “like a child.”

Micah didn’t give him the pleasure to say he’d take up the challenge. But, eventually, he began reading the Bible on his own over a two-year period.

“That seed was planted in my heart as a young Mormon missionary,” he recounts. “I took that Baptist minister’s challenge and I started to read the Word of God as a child for the first time of my life. I started to pour over the pages of the New Testament and every day that I did, God washed me with the water of that Word, and he consumed me with this amazing love that I did not know that my religion could ever offer me and He unveiled to me his grace in a way that I had never before seen.”

Only three weeks before the completion of his two-year mission, Micah was born-again. 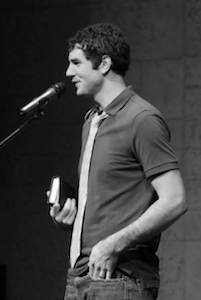 “So I now found myself in a very difficult predicament because I’m a born-again Christian and a Mormon missionary, and that doesn’t work,” he confides.

Then came the first of the two most terrifying moments in his entire life.

At three weeks to completion, Mormon missionaries are called to testify about what they’ve learned on their mission trip to area colleagues. Micah agonized: should he tell them he was now born-again?

“I remember standing at the pulpit in this Mormon chapel and just trembling in fear, but Paul says in Philippians, ‘I can do All things through Christ who strengthens me,’ and by the power of God and by His grace, I was able to share a very simple testimony.”

Jesus was his all-sufficient salvation, he shared. He had confidence to enter Heaven, not based on works, but on grace alone. It was an innocuous explanation but the language didn’t line up with the works- and ritual-based salvation prescribed by Mormonism.

“There was a very awkward hush over the audience, and two days after I publicly shared that testimony, I received a phone call from my Mormon leadership and they said that they wanted to have a chat with me.” 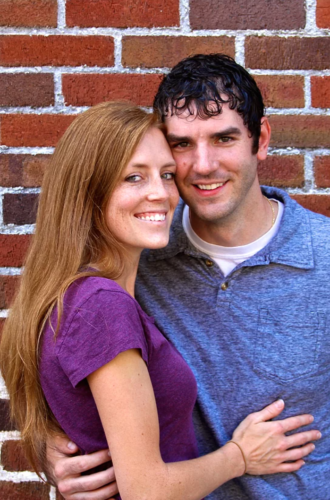 If giving his testimony in front of his fellow missionaries had been “very terrifying,” being called in to give account to his leaders was “probably the single most terrifying moment of my entire life,” he says.

Apart from the sheer dread of appearing before something of an Inquisition, Micah stood to lose, practically speaking, his future and family. He would lose his scholarship to BYU. His family were in good standing in the church. His older brothers had been missionaries. Even his girlfriend was Mormon.

“But Jesus says that what is a profit, a man to gain the whole world, but to lose his soul and even though Mormonism had the whole world to offer me,” he says.

“As the Word of God was laid on my heart, I realized quickly that if I lost everything in the world for the sake of gaining Christ, that it was worth the cost because I was gaining something that far surpassed anything that the world or my religion could offer,” he says.

With the church tribunal poised to be a fireworks extravaganza, Micah simply described coming to faith and planted his flag on the side of relationship with Jesus over religion with Joseph Smith, the founder of Mormonism. 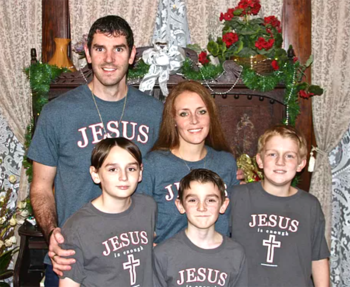 “God just put words in my mouth, and I told them that I did not need the Mormon Church or any religion or organization or man or prophet or anything to stand in between me and God, the Father,” he remembers. “But like Paul, says in first Timothy 2:5, ‘There is one God, and there is one mediator between God and man — the man Christ, Jesus, who offered himself as a ransom.’”

The respected leaders accused him of being filled with and deceived by Satan. They threatened to excommunicate him, which in Mormonism damns your souls to eternal punishment. The worst insult? They said he sounded like a Baptist, he says.

Though the tension in the room was palpable, Micah couldn’t help but reflect on the mirthful irony: it had been a Baptist pastor who had shared the plan of salvation with him and had challenged him to read the unadulterated Bible without prejudices.

Then came the specter of facing his family.

But instead of the feared blowout, each came to Christ in his own time, Micah says.

“I am privileged and honored to be able to share what God has done in my life and how he transformed me from a very religious man to a trophy of His grace,” Micah says.