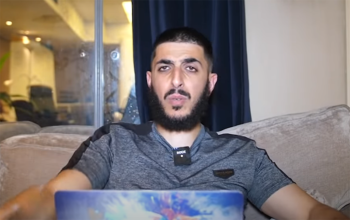 A popular UK Muslim apologist has validated and justified the execution of apostates — people who abandon Islam — in a YouTube video from August.

Ali Dawah, who purports to make Islam palatable to his 516K subscribers, did nothing to play down Islam’s call to execute “unbelievers.” To the contrary, he voiced full support in addressing an ex-Muslim who reached out to Muslim YouTubers.. 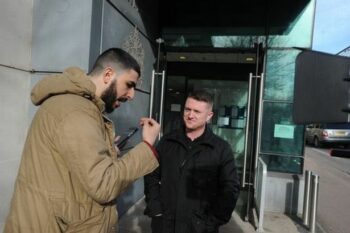 “We have no doubt, and we’re proud of that.”

At least Dawah discourages free-lance murderers, lone wolf Islamists who single-handedly carry out the wrath of Allah by themselves. Killing apostates of Islam should and must only be done in an orderly and properly organized way, beneath an Islamic state constituted under a proper Emir.

“Not individuals going and doing it themselves, like idiots,” he clarifies in the Aug. 14, 2020 video. “Not under an emir. It is done, yes. And we, you know what? we’ll be watching. We’ll be watching because if you’re going to cause corruption in the land that’s going to cause more damage to the society as a whole, because the sharia didn’t come to protect an individual’s right.

“No, Islam says the right of the community is greater than you individual. Wanting your right to freedom, which is bs, absolutely bs, yeah don’t get me started.” 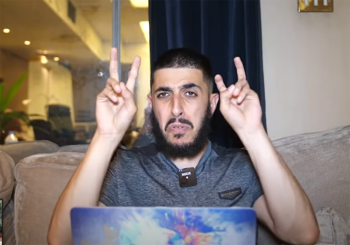 Dawah is something of Islam’s Ray Comfort in the United Kingdom. His justifying of the ways of Allah via YouTube is an attempt to make converts and shore up the faith of Muslims. Dawah also goes into the streets and films his debates with random people.

Apologetics is the study of presenting a religion to non-believers in such a way as to win new followers. In Christianity, Josh McDowell did a great service compiling the proof of Christianity’s God in “Evidence that Demands a Verdict.” More recently, atheist-turned-believer Lee Strobel wrote “The Case of Christ.”

In most cases, apologists try to smooth over the rough edges of the Bible. Raymond Abraham says the violence of the Old Testament is “descriptive, not prescriptive,” meaning it was a historic fact of all migrating hordes of people, not an order from God in any circumstance. 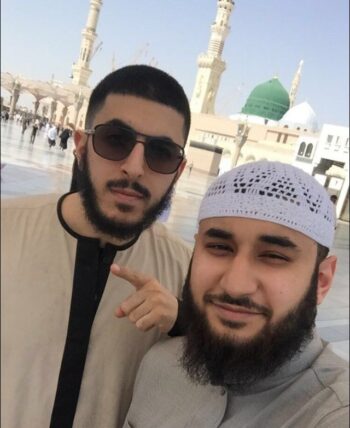 What Dawah does then is extremely unusual because he highlights a fact that might turn many off from Islam.

True Christianity has never killed unbelievers. It was born in persecution. It makes no sense that it would then become the source of pain it suffered from the start. (To be sure, the Puritans allowed excesses, as is documented — and perhaps exaggerated in The Scarlet Letter by Nathanael Hawthorne.)

What Muslims do in their Islamic states, and what the secular media turns a blind eye to, would shock Westerners. So why does Dawah, in effect, expose the truth?

What’s chilling is the context with which he ratifies the killing of apostates. He does so while refuting a former Muslim. It is as if Dawah is threatening the ex-Muslim.

Meanwhile, YouTube has allowed this not-so-veiled threat while removing videos produced by Christians and supposed “Islamophobes.”