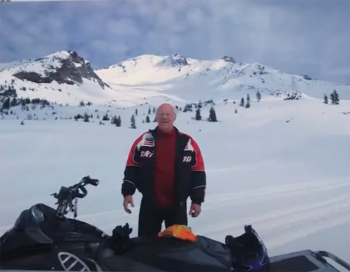 At 82, Paul Cadder, was still an avid snowmobile-rider and a gospel musician. But when he started to lose his vision to a cataract it threatened his vigorous lifestyle.

“Lord if I’m going to keep doing this kind of singing and so forth, I’m going to have to have a change in my eyesight,” he says on a 700 Club video. He was worried he would not be able to continue to lead worship at his local church.

Paul had always been an active man. “I had toys for years,” he says. In the 1960s, he put out three gospel albums with a quartet, with whom he traveled across America ministering. He was a natural worship leader at church.

But with the film covering his eye lens, he couldn’t see the music page from which he directed the choir. The encroaching symptoms of old age in 2018 left him dispirited. 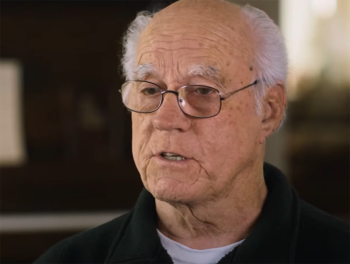 “I accepted it as getting old,” he says. “But when I was leading worship in church, i couldn’t see the music real well. I was kind of frustrated and I thought I’d tell our church, ‘I might not be able to keep doing this.’”

On Jan. 4, 2019, while watching Christian TV with his wife, Yvonne, the speaker prophesied: “It’s almost like a thin film that you can’t see through very clearly. God is just removing that right now. Now your vision’s going to be restored to normal.”

Paul was startled. The person described his condition exactly. “That was for me,” he thought.

“Boy, and just like that it was gone!” he realized. 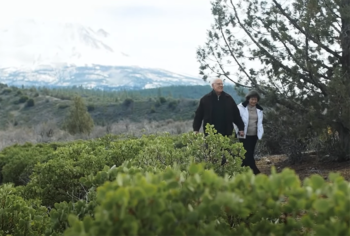 Now he could see his music clearly and continue to ride his snowmobile.

Five days later he received a physical from his doctor. Paul sat as the physician flashed a light in his eyes and observed closely. The doctor looked quizzical.

“Paul, have you had cataract surgery?” he asked.

His Lord and Savior performed the surgery!

“I could have never imagined in China 10 years ago, I would be who I am today,” Will says. “God has completely changed me into what he wants me to be.”