Some of the most intense persecution against Christians in China in decades is happening now. According to China Aid, it may be the most opposition the church has faced since the cultural revolution in the 1960s. Speaking in an interview with Greg Musselman of The Voice of the Martyrs Canada China Aid’s Bob Fu highlights how even the state run churches are coming under attack. 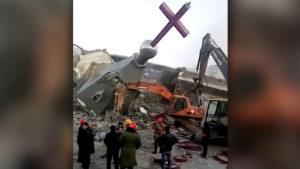 Churches in China are being completely destroyed

“In the government-sanctioned churches some pastors were even sentenced to 17 years imprisonment for simply refusing to take down the cross from the rooftops of the church buildings.  Hundreds of thousands of the church crosses were forcefully taken down, burned, destroyed or some even totally levelled with bombs, dynamite by the Chinese Communist Party under the leadership of President Xi.”

Fu cites another case of a church raid in Sanming City in Fujian Province in southeastern China where even parents faced violent attacks in front of their children. 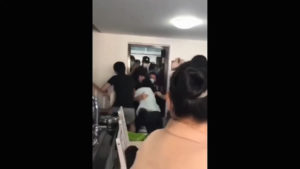 “The worst thing happened during the ruthless raid was some of the Christian parents were being beaten up even in front of the infant children as you saw from the video. A mother was beaten up right in front of her infant baby. The baby was crying out helplessly.  And then you have one brother who was beaten so severely several of his ribs were event broken and he had to be sent to the hospital for surgery.”

Fu concluded by sharing that despite this intense persecution the church in China continues to grow at a remarkable rate. 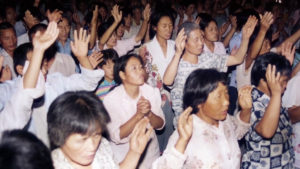 Churches in China growing despite persecution

“The number of Chinese Christians now has reached 130 million, so that’s 10% of China’s population. By 2030 the number is expected to reach 224 million particularly if the persecution intensifies. So China is destined to become the world’s largest Christian nation. Only God can do that.”

You can watch a full video report on this story produced by our partners at the Global News Alliance: