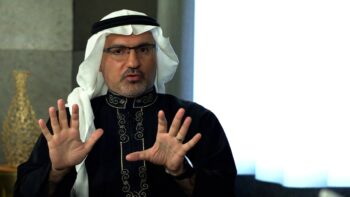 Al Fadi was proud to be a Muslim born in Saudi Arabia, the center of Islam. As a teenager, He was so proud that he even wanted to join the jihad against the Soviets in Afghanistan and die for his convictions under the leadership of Osama Bin Laden.

“I really admired this man to be able to leave the wealth of his family for the sake of proving that, ‘I’m here to fight and die for the god that I worship,’” Al Faid told CBN. “I knew that if I were to go die for the cause of this fight to promote Islam, that’s the only time my sins would be forgiven. I would not just go to Heaven but to the highest level, to paradise. So why not go for what is guaranteed, and that is to die?” 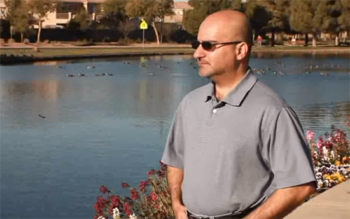 But his parents forbade him. By the time he was 16, he memorized half the Koran and led prayers in his local mosque. He was learning the branch of Islam called Wahhabism, a strict version that also generated a large number of extremists and terrorists.

“Maybe the version of Islam I had learned was a little bit twisted in its teachings,” he said.

When he completed his engineering degree, his father encouraged him to get a graduate degree in America. He was accepted to the University of Arizona. But at the same time, he was nervous. “There was the danger that I might be drawn away from the path that I was taking, the rigid Islamic path.”

He decided he would not just resist temptations in America; he would actively proselytize and bring people into Islam. 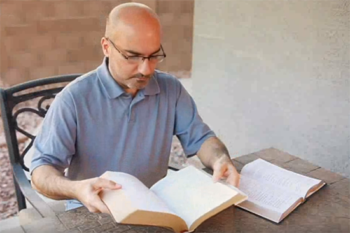 At the university, he got involved in a language and cultural orientation program. The purpose was to improve his English and ease his transition to America. He was hooked up with a volunteer family that took him under wing, talked to him and would help him understand the cultural differences.

He decided to start his proselytizing mission with this family. But they were Christian.

He had been taught that Christians in America were morally weak. But this family showed a strong sense of values and character.

“It was very baffling to me because I asked myself, ‘Where did they get this moral value from?’ I had been taught that their Bible was corrupt. But I felt like a spiritual midget compared to them.” 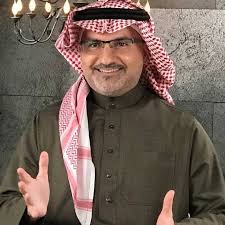 He was further mystified by their selfless concern. When he graduated, they took off work to attend his ceremony. God began to soften his heart.

“I started to realize that Islam was not the religion I grew up thinking it was,” he admitted.

When he landed a job in America, he found that a co-worker was also a Christian. The tug-of-war of competing faiths started again, and Al Fadi was again impressed by his Christian testimony.

“Why is it that by following the prophet Jesus, he was transformed?” he recalled. “Yet I was following the best of the prophets, Mohammad, and I was still feeling the same inner ache. I began to realize that Jesus was the source of the change.”

The downfall of his faith came when the Twin Towers fell down. Jihadists hijacked jets and crashed them into the World Trade Center skyscrapers in New York City on Sept. 11, 2001.

The cold realization that he once aspired to be like them suddenly hit him.

“To watch people willing to go that far, to take with them hundreds of lives… These are innocent people. They have nothing to do whatsoever with a war,” he said.

Al Fadi stopped attending mosque, reading the Koran and praying to Allah. But he was not ready to fully relinquish the faith of his childhood.

He decided to attend a Christian church, but only with the objective of disproving Christianity.

“And after six months, I fell in love with this Jesus. I just could not resist the compelling evidence and the conviction of the Holy Spirit in my heart. The God of the Bible loved me and sent his son to die for me. The god of the Koran never did that for me,” he told CBN.

He surrendered his heart to Jesus. “The Holy Spirit just gave me that courage to get down on my knees and pray and ask Him to become my Lord and Savior.

““What a huge relief. Never had I felt freedom inside of me,” he says. “I felt like, ‘I love you Lord, and I don’t feel any pressure from You to do things for You because obviously you already did it all for me.”

His family in Saudi Arabia disowned him.

In 2007, he shared his testimony for the first time. After a woman heard him and converted to Christianity, she was killed by her brother. It was an “honor killing,” a common Muslim practice of punishing “apostates” in their religion.

Al Fadi today is a researcher, editor, writer and translator for numerous ministries, including “Answering Islam” and runs an outreach ministry designed for non-Muslim and Christians. He has written a book challenging the tenets of Islam called Quran: The Dilemma.

His heart remains steadfast with the desire to bring the light to those in darkness. He appeals particularly to Muslims to drop their prejudices and consider the God of the Bible.

“He’s a personal God that will lead you by the hand, that will love you enough to where He is so patient, waiting for you, knocking on your door, asking you to consider allowing Him in,” he said. “I want my fellow Muslims to please just give the message of Christ a chance. Pray and ask the real God, the true God to reveal Himself to you. I assure you that He will do that if you are truly seeking Him with all of your heart.” 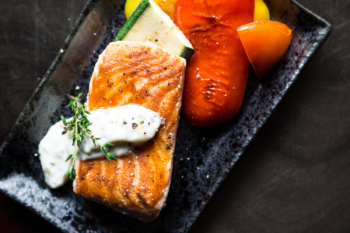 Organic cookware? That’s what we’re calling our bamboo steamer, which preserves flavor and nutrients without the metallic taste. Buy yours today by clicking on the picture.