On a beautiful spring day in a mid-sized city in China, Brother John* and his band of believers decided to climb to the top of a small mountain to pray.

“About half way up there were old people in the parks playing musical instruments,” he recounts. Some of the music was fair, some terrible and some downright painful to listen to.

But as they climbed some stairs they were surprised to hear a beautiful sound coming from a traditional Chinese two-string instrument called the erhu.

“That guy is really good,” John remarked. He and his team sat under a gazebo and listened to him play traditional Chinese music.

One of the believers pulled up the chords to “Amazing Grace” on their phone and approached the man. “Can you try to play this?” they asked.

The man proceeded to play a beautiful rendition of “Amazing Grace.”

When he was finished, the man said, “I’ve never heard this song before. What is it and what does it mean?”

With him and a few older women sitting nearby, John began to share about Jesus, his wonderful grace, and how they can experience it for themselves.

As Brother John witnessed, one of the team members standing nearby prayed silently, asking the Holy Spirit for direction.

After a brief moment, the team member said, “I feel like one of these older ladies has a major knee problem with their right knee.”

Brother John asked, “Do any of you ladies have a problem with your right knee?”

Then her sister standing next to her said, “Yes, both my knees have problems.”

“The God of amazing grace, the Creator God can heal those knees,” John told them. “Can we touch your knees and ask God to heal them?

So the team members rested their hands gently on their knees and Brother John said in Chinese, “In the name of Jesus be well.” The prayer was short and sweet. 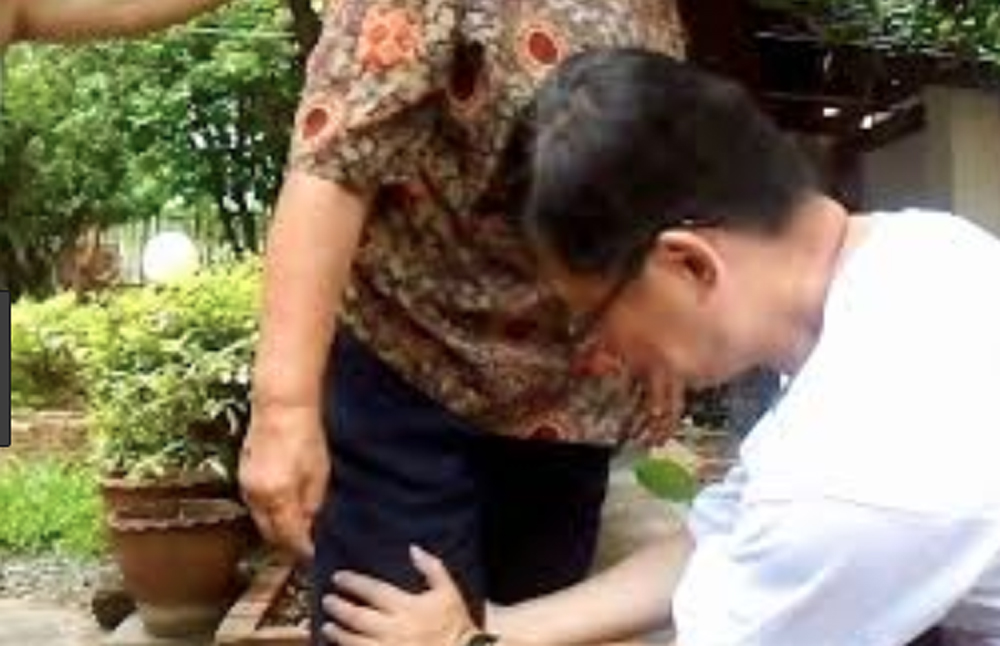 One of the women had a surprised look on her face and started doing deep knee bends. “What just happened?” she asked.

The 65-year-old woman was so thrilled she started squealing, bending and jumping up and down, over and over again. Then she did the side splits she was so excited!

“After that, we continued sharing and asked if they wanted to receive Jesus. The old man who played the instrument wasn’t ready, but the three ladies said, ‘Yes, we want to know this Jesus,’ so they gave their hearts to Him.”

The team prayed for them to experience the peace and power of God.

The woman who did the splits said, “That felt really good. Wherever you put your hand there was fire.”

She grabbed Brother John’s hand and put it on her head. “We prayed for her to be filled with the Spirit. We gave them a Bible and told them how they could meet together and start studying the Word of God and encouraging one another in their walk with Jesus.