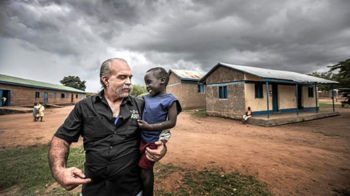 By age 11, he was doing dope, and by age 13, dropping acid. After he turned 15, he was sticking a needle in his arm, shooting cocaine and heroin.

“I went in deeper into selling drugs. I’m not talking about small amounts. I’m talking about large amounts of drugs. I kept going deeper until I became the shotgunner, the hired gun for drug deals,” Sam Childers says in a Next Step film. 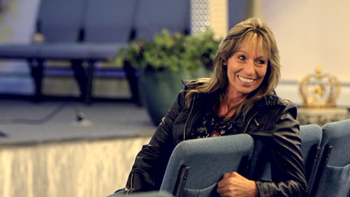 Childer’s wife, Lynn, can take the credit for wrangling this rebel into the Kingdom of God. She was an ex-church-kid-turned-stripper who fell in love with the bad boy. They did drugs together. But eventually, Lynn, despairing of pigs’ portions in her prodigal path, returned to Jesus.

This did not sit well with the renegade outlaw. For two years, he fought her to give up her “religion.”

Then Childers got into a shootout in a barroom over a drug deal gone bad. 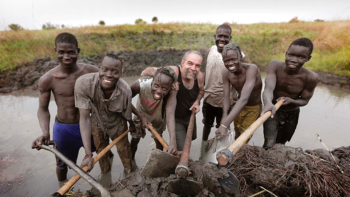 He showed up for revival services in an Assembly of God church in mid-1992, surrendered his heart and life to Jesus, and was born again.

The pastor prophesied that night that Childers would minister in Africa.

Remarkably, Childers went from biker gang member and barroom brawler to eventually becoming a preacher. When he became a Christian, he didn’t give up the guns. He kept them handy for what would become very dangerous work overseas.

His first mission trip to Uganda was a 5-week stint building roofs in a village where there were landmines. While there, he happened across the legless body of a boy decimated by a landmine placed by Joseph Kony’s insurgency. Kony, a brutal warlord, had been conscripting child soldiers, perpetrating mayhem throughout the region. 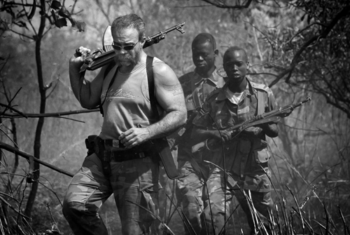 When he saw the condition of the boy, Childers smoldered with rage.

“I returned home. I couldn’t sleep. I couldn’t hardly eat,” he recalls. “All I could see in my memory was children that were starving.”

In response, he sold his fishing boat, camper and other possessions to raise funds for Africa. He tried to enlist others in the fund-raising. 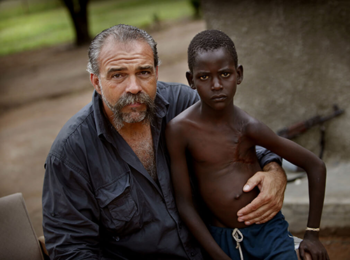 On a subsequent trip, he felt God tell him to open an orphanage, situated in the hottest thicket of danger. In that Valley of the Shadow of Death, he linked up with Sudan People’s Liberation Army, which granted him his own militia to protect the orphanage — and to battle Kony’s forces, according to the Washington Post.

He became known as the “Machine Gun Preacher” after a documentary on his life revealed him walking the bush of Sudan with an AK-47 slung over his shoulder, deep in the warzone of Kony’s insurgency.

Today, he oversees three projects in Ethiopia and three in Uganda. His orphanage in South Sudan houses 300 children and teens. His ministry, called Angels of East Africa, also takes in doctors and medicine to treat everything from gunshot wounds to broken bones and parasites. To ease malnutrition, they truck in loads of food. 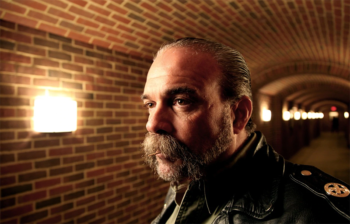 “Some people think when you are a Christian you have to be some wimpy thing,” Childers says. “But the Old Testament is filled with warriors. I don’t have nothing on them.”

He also ministers in the U.S. He pastors the Shekinah Fellowship Church in Central City, Pennsylvania. He tours the country warning congregations about the dangers of alcohol and drugs. He did a pilot for a reality TV show about the rough work of saving souls from the streets.

“We will pull prostitutes off the streets, people out of the barrooms and crack houses,” he says. “What reality show do you know in America that’s all about second chances?”

As his ministry flourished, fueled by biopics and books, his gun-toting image has riled more than a few, from charity workers in the region to liberal media pundits, who portray him as a unaccountable loose cannon.

But Childers doesn’t flinch under literal gunfire – or when attacked by his critics.