The bodies of Louisa Jespersen, 24, from Norway, and Maren Ueland, 28, from Denmark were found near the foot of North Africa’s highest peak, Mount Toubkal, according to the BBC. The area is popular with hikers and climbers from Scandinavia.

A video spread across social media apparently shows the killing of one of the students.

The grisly footage reveals a woman yelling while the terrorist decapitates her with a knife, according to Deutsche Welle. Authorities in Norway have concluded the video is authentic.

Four men from Marrakech have been detained in Morocco and authorities consider the killings a terrorist act. Moroccan authorities said the four men pledged allegiance to the Islamic State.

Initially, detectives investigating the crime believed it may have been sexually motivated because none of the victims’ belongings were missing. But after a video of the attack appeared on social media everything changed. 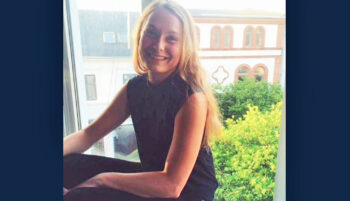 Louisa traveled to Morocco against her family’s wishes. In an interview with Danish news sources, Jespersen’s mother said that they pleaded with her to avoid Morocco “because of the chaotic situation.”

Police identified the suspects through surveillance cameras placed in local shops in the village of Imlil, near where they camped.

Sadly, unsuspecting tourists in the area came upon the bodies of the murder victims. “A local guide met the tourists crying and they told him what they saw.” The guide called authorities to report the crime, according to Morocco World News.

Morocco, which hugs the coast of North Africa, is directly across the Mediterranean from Spain and Gibraltar. The country is 99.6% Muslim and only 0.2% Christian, according to Joshua Project.