Growing up in Singapore, her Malaysian father named all his daughters after beautiful gemstones.

Her atheist father, a prominent businessman, owned racehorses. Her mother was Buddhist. A month after Precious Jade was born, her father threw a huge party. “The party was so grand they thought it was a wedding,” she says. He believed that her birth brought good luck, because one of his prize steeds, Flying Horse, produced some big winnings at the track.

In third grade, Mr. Teo – despite his atheism — decided to send Precious Jade to a convent school. “A nun ran the school and we had prayers and ethics and a chapel. That’s when I first heard about God.”

What was missing however, was a personal relationship with Jesus.

“My parents never spoke about God and my mother would take me to the Buddhist temple and put me in front of a medium. She would chant and there was a piece of yellow paper she put in some red stuff that looked like blood. She would take it home and light the paper on fire, put it in water and tell me to drink it.”

During these early years, she also discovered her “crazy passion” for singing and found herself singing throughout much of the day.

When Precious Jade turned 12 the family moved to Malaysia, which is a majority Muslim country. “I went to school with half the class Muslims,” she recounts. “The first day of school was Sunday because they pray on Friday.”

After she returned to Singapore for high school, a teacher invited her and her sister to a Christian rally. Precious Jade’s sister had recently become a follower of Jesus. “They did the altar call and I was led to go up there and give my life to Christ. But I really didn’t understand all it meant to be a Christian,” she says.

The two sisters started attending a church and their mother was not happy. “She took our Bibles from us, thinking that would stop us. She locked them up,” she recounts.

“At first I thought I had a great relationship with God, but I didn’t think I needed Jesus. The stories about Jesus seemed like a fairy tale. After going to church a few years, I stopped going,” she recalls.

Precious Jade continued singing; friends told her she had a gift from God she should develop. At 19, she joined a talent contest similar to America’s Got Talent and won, which opened the door for her to sign with EMI Records in Singapore. Then she cut her first album with them, Loving You under the name SuZanna Teo.

Noticed by the prime minister, he commissioned her to write a patriotic song for the country. “In a couple weeks I came up with the words and it became one of the national songs of Singapore. I saw 60,000 people in a stadium sing my song and I almost fell over and died.”

In pursuit of a wider audience, she left Singapore for the United States in 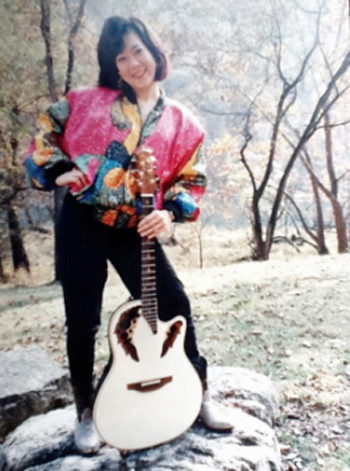 1990. Like many immigrants, she struggled after her arrival. “From doing very well in Singapore, I was starting from scratch, and tried to climb up,” she says.

“I was coming home one day and I cried in the car. Despairing, she said: ‘Take my voice Lord, take my car, take my house, take everything.’”

In that moment of total surrender to Jesus Christ as her Lord and Savior, she was born again.

God gave her a voracious appetite for his Word and she began listening to sermons several hours a day. “I couldn’t get enough,” she says.

“My ministry is restoring the United States to the godly nation established by the founding fathers,” she says.

Precious Jade thinks every believing American should be involved. “This country is a Christian nation. We (Christians) founded this place. But because we are Christians, we allowed everybody to come in but that doesn’t mean you can take God out of the schools and prayer and everything else.”

“When I first came to America I was so excited when I looked at the back of our money and saw ‘In God We Trust.’ I thought this is the only country in the world that prints that on their money. Maybe that’s why we’re the richest nation in the world.”

Her original song – “The Christmas Song” – was selected by Warner Brothers for use in the movie, A Dennis the Menace Christmas in 2007.

More recently, her song, “Let us Pray,” was chosen for the National Day of Prayer. 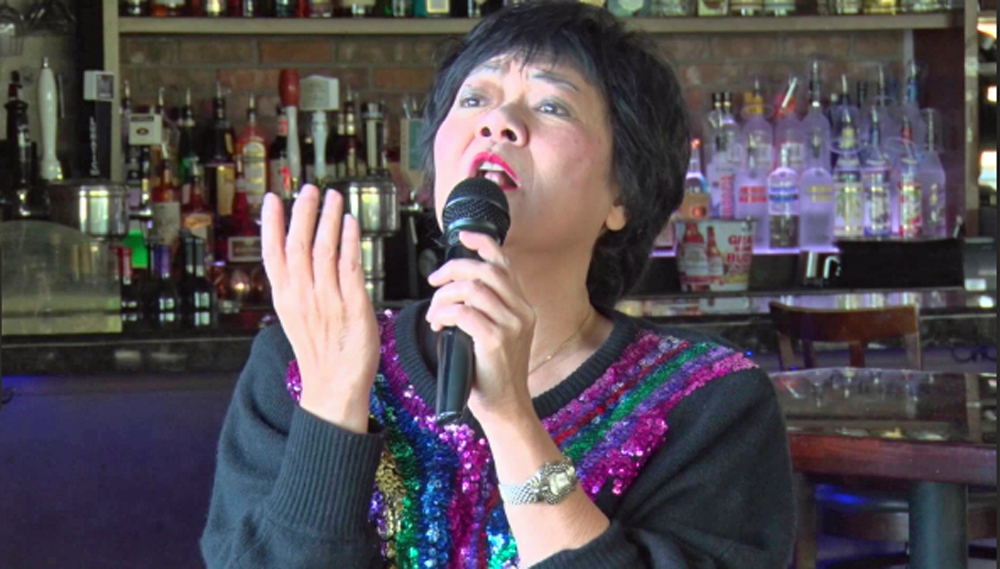 “We made a wrong turn as a Christian nation. We need to go back and fix it,” she says.

“Thank you O God for your grace upon us, for your love and protection, for this we cherish and love. Protect and hold dear the United States of America, this precious gift of land from God to us.”

For more information about her ministry, go here