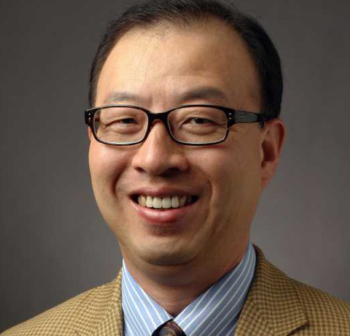 By the time he got to Yale University, it wasn’t the logical arguments that made him turn his back on Jesus. It was the way kids in the youth group had marginalized him.

“More often than not people’s problems with Christianity don’t have to do with intellectual hang-ups but with the stories of hurt, stories of rejection, stories of people who are supposed to embody the gospel in a compelling and endearing way, they end up doing the opposite,” says Dr. Paul C. H. Lim in a Youtube video.

As an immigrant at age 15 from South Korea, he went to a Korean church in Philadelphia with his parents who previously were non-religious but sought support in their transition to America. Even though young Paul gave church the benefit of the doubt, he quickly realized he was being ostracized.

The youth pastor ran a Friday night program he called Triple B — Bible study, Burger King and bowling, but Paul was ignored and sat alone, ate alone and bowled alone. 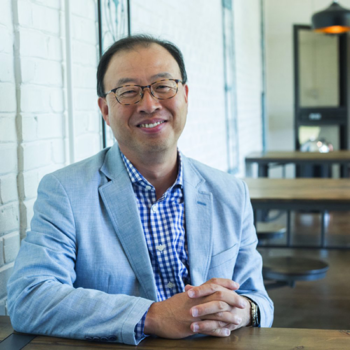 “I wasn’t wearing the right clothes. I didn’t speak the language. I didn’t have the right haircut. I didn’t play the right sport. I wasn’t part of the cool crowd. I was part of the loser crowd,” he says. “The worst experience was to bowl alone. I would always pray that there would be an even number of kids so that somebody would join me, but when we had an odd number of kids, I would find myself alone on the lane.

“Why wouldn’t the youth pastor come over and bowl with me occasionally?” he adds. “Coming to America was a traumatic experience. But in church, I felt the alienation even more.”

So when his parents drove him to Yale, he was looking forward to ditching God and zeroing in on “hedonism and careerism to the core.”

When his gray-haired New Testament professor said, “The Bible is a wonderful book but it’s not the kind of truth that you want to hang your life on,” Paul needed no more nails to shut the coffin on his Christianity.

He was an economics major set on making his mark in the banking industry, having a house in Long Island with two kids, two dogs and a cat.

But then his sister got engaged to a seminary student, this bewildered Paul.

“Why would you ever want to marry a guy going into ministry?” he wondered. “It was the oddest things I ever heard. To me, he was loser guy. Secretly, I hated him.”

But Paul’s mom was a vibrant believer, and she always asked him if he was going to church. Over winter break, she cajoled him to do the last thing he would’ve wanted to do with vacation. She asked him to go to a Christian retreat because his brother-in-law would be a speaker.

Paul rolled his eyes and dreaded it. But because he adored his mom, he acquiesced..

“Everything about the retreat was terrible. The food was bad. The kind of people that were there, I don’t want hang out with them,” he remembers. “The whole thing sucked.”

By the time Friday rolled around, he cheered up. His misery was over, and he could do the fun things he wanted. 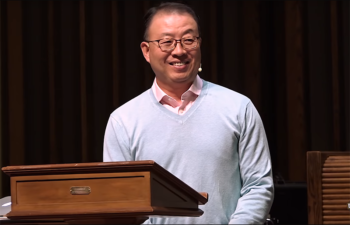 As a last touch to the retreat, a group of seminary students played Keith Green’s song “To Obey is Better than Sacrifice” and he got hit by the line “I don’t need your money, I want your life.”

Paul had patronizingly told his sister that he didn’t agree with her marrying a pastor but that he would make a ton of money and he would contribute to them.

But God had read his mail and orchestrated the perfect song to speak to him.

Paul hadn’t cried since he was 9, but he started bawling. His future brother-in-law came over and asked if he was okay.

“I’m really really sorry because I hated you,” Paul responded between sobs. “I think it’s God speaking to me.”

A week later he was back in the dorms at Yale, and everybody was sharing their winter break exploits. Finally it was Paul’s turn.

“I became a Christian,” he said timidly.

Another began to counsel him to not go overboard, which was ironic because the group “went overboard” every weekend with binge drinking, Paul says.

When he graduated, he landed a highly coveted banking job in New York City.

His sister worried he would backslide into clubbing and drinking, so she signed him up for teaching the Bible at a Korean Presbyterian church. Paul had the chance to minister to kids the right way, showing interest in each and every one of them. Being single with a substantial income, he took them out to steak dinners.

Eventually, he discovered he had a gift for teaching. So instead of going to law school as planned, he went to Gordon Theological Seminary and then Cambridge University in England.

Today, Dr. Paul Lim teaches history of Christianity at the secular Vanderbilt University in Memphis. He won the 2013 Roland H. Bainton Prize for the best book in history/theology by the Sixteenth Century Society and Conference for Mystery Unveiled: The Crisis of the Trinity in Early Modern England (Oxford, 2012).

“I see my role as an academic missionary,” he says. “Being discovered by God and being part of his team is the joy of Christianity. You don’t have to jump through hoops to be more acceptable to God. I’ve won a book prize and gotten major fellowships, but all of that doesn’t mean jack squat because in the end it is this awesome knowledge of knowing Jesus.”