Whenever Christians complain about declining attendance in established churches, Josh Brodt pipes up about the thousands of kids who accept Jesus every year. Revival is happening in public schools, he says.

“We’ve seen quite a revival taking place in the San Fernando Valley,” says Josh, 34. “Students are hungry for something real, something more than what the world offers. It’s clear to me that students need genuine faith in something more than themselves, and they’re searching for that.

“It’s been phenomenal to see.”

Josh works for the Fellowship of Christian Athletes, which coordinates with students to bring professional and college athletes to talk to high school sports teams. He personally meets with coaches and students at 15 high schools.

Last academic year, FCA workers in the San Fernando Valley, a part of Los Angeles that holds about half its population, saw 459 kids get saved, and they gave away 2,000 Bibles. The year prior, 900 students accepted Jesus, he says. 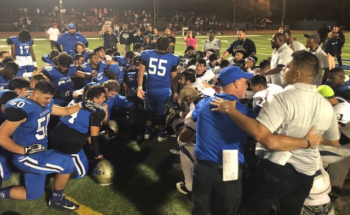 “A lot of students feel like outsiders, like they don’t have a place to belong, a place to call their own.” Josh says. “FCA is a place where people can belong, a spiritual community where students can feel comfortable.”

Media and sociological reports harp on declining memberships in established protestant churches and the growth of “nones,” people who report to Census and other surveys as having no religion.

But these depressing numbers don’t tell the whole story. While “established” churches may be declining and closing, those same surveys don’t catch the number of new churches opening simply because they don’t register them.

And while the number of “nones” grows significantly, the hopelessness of a meaningless and moral-less worldview make for a ripe harvest field.

FCA targets football teams and coaches, especially if they cannot find a believing coach in another sport. The leadership team meets every other week. Then they stage the next week the “huddle” open to all students for pep talks, pizzas, games and prizes. They push for the kids to accept Jesus.

Then they run summer weeklong camps for every sport that are attended by a thousand students with college and pro athletes at UCLA. The cost for student athletes is $595, but scholarships of $400 are available, he says.

“It’s a transformational time. The reason I work with FCA is because of camp like that, and it changed my life,” says Josh, who has worked for eight years with FCA. “At this camp, I worshiped God on my own for the first time. I had mainly mostly a faith of the head and not the heart before that. At this camp, it became a relationship with the living God of the Universe.”

His dad got saved through FCA too. Josh, who played basketball through Life Bible College, says 60% of the students he works with are non-believers.

Of course, the challenge of getting kids into church is part of the needed and difficult transition in Christian development. FCA tries to get youth pastors to come with them to public school campuses so they can form connections to the students. 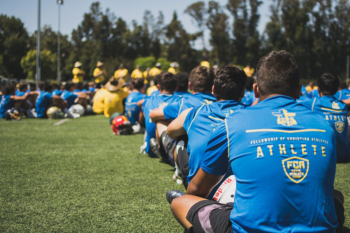 “I work with a lot of kids who come from homes that aren’t the best situations,” he says. “Dad’s in prison, or mom is a single parent with six kids. These kids are looking for belonging, for people who will love them and invest in them. Coaches often are those people. Coaches have more influence than people realize.

“Billy Graham once said, ‘A coach will influence more people in one year than most people will influence in a lifetime,” he says. “So we want to see our coaches empowered and equipped to make an impact on their students for Christ and to guide them in the right direction.”

To be able to minister for FCA, Josh works three jobs and fund-raises for his ministry. He teaches after-school enrichment and personal tutoring and lessons. He spends about $15,000 each year on pizza, donuts, T-shirts and Bibles to attract the kids to activities, he says. 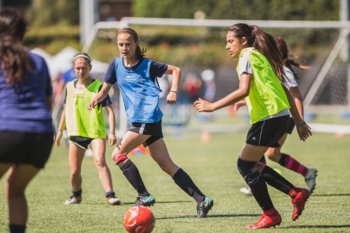 FCA is nationwide and even international. Youth pastors are encouraged to get involved.

“If they will show up and be a consistent face, the students will just glom on to them,” Josh says. “They will love and develop relationships that are healthy and happy and attend their church.

“Revival is happening on campuses,” he says. “Go get involved.”

Michael Ashcraft pastors the Lighthouse Church in Van Nuys. All photos thanks to Josh Brodt.