He’s played Wolverine, Blackbeard, the Greatest Showman and Paul the Apostle. Among his many roles, versatile actor Hugh Jackman is also a person of faith.

“I’m a Christian,” he told Parade magazine. “I was brought up very religious. I used to go to different evangelists’ [revival] tents all the time. When I was about 13, I had a weird premonition that I was going to be onstage, like the preachers I saw.”

His parents accepted Jesus at a Billy Graham crusade. Natives of England, mom and dad lived in Sydney, Australia during his childhood. He got a pretty good start in his faith with church and Sunday School, but the horizon dimmed when his parents divorced and mom returned to England when Hugh was 8. 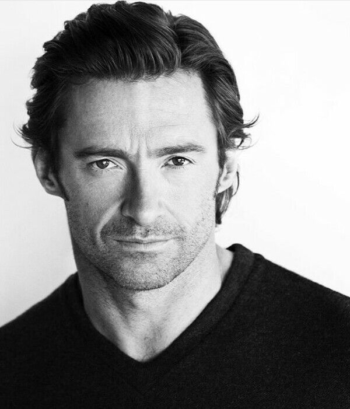 He waited, hoped and prayed for them to reconcile. When that didn’t happen in his early teens, his disappointment and sense of rejection turned to rage.

“My anger didn’t really surface until I was 12 or 13,” he remembers. “It was triggered because my parents were going to get reconciled and didn’t. All those years I’d been holding out hope that they would.

“From the moment Mum left, I was a fearful kid who felt powerless. I used to be the first one home and I was frightened to go inside. I couldn’t go into the house on my own. I’d wait outside, scared, frustrated. Growing up I was scared of the dark. I was scared of heights. It limited me. I hated it, and that contributed to my anger. Isn’t most anger fear-based, ultimately? It emanates from some kind of powerlessness.”

Venting his wrath, he smashed his head into the metal locker doors until they dented inward. It was a bravado thing that a lot of boys were doing. Hugh also found an outlet for his violent impulses in rugby. 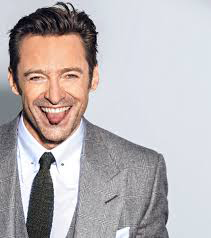 “I’d be somewhere in a ruck in rugby, get punched in the face and I’d just go into a white rage,” he says.

Acting was something of afterthought for Hugh. He was looking to pick up some units in college in his fourth year and took a drama class. Seeing natural talent in him, his teacher assigned him the leading role in Václav Havel’s The Memorandum.

“In that week, I felt more at home with those people than I did in the entire three years” at university,” he recalls.

He studied journalism and once tinkered with the idea of being a chef on a plane, but once he figured out he could actually make a living as an actor, he gave himself to drama.

He met his wife, Deborra-Lee Furness, who is 12 years his senior, on the Australian TV show Correlli. 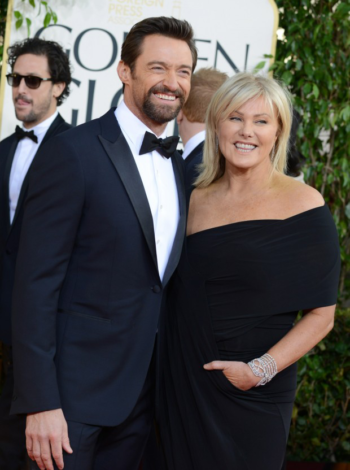 They were married in 1996. For medical reasons, they were unable to have biological children, so the couple adopted two children, Oscar and Ava. When he played Blackbeard in the movie Pan, Hugh wanted to be sensitive in his role in a movie dealing with orphans.

Hugh has distanced himself from the straight-laced, dogmatic brand of Christianity of his father, he says.

“I was brought up with a very strict, Protestant view of what God is and our place next to God, consisting of a deity, a bearded man telling us what to do, mocking us on our behavior, and hopefully granting us passage into Heaven,” he says. 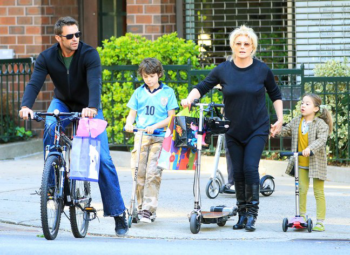 He’s adopted a more unorthodox approach, practices Transcendental Meditation and yoga and attends the School of Practical Philosophy, a swami-led group that combines the teachings of Jesus with a hodgepodge of Hinduism, Buddhism and even Shakespeare.

He says his dad doesn’t care for the eclectic approach to Christianity.

“He takes his religion very seriously, and would prefer I go to church,” Hugh says. “We’ve had discussions about our separate beliefs. I just find the evangelical church too, well, restrictive.”

Notwithstanding, he still dedicates his performances, especially when he does theater, to God.

“Before I go onstage every night, I pause and dedicate the performance to God, in the sense of ‘Allow me to surrender,’” he says.

And he identifies with Eric Liddell in Chariots of Fire. The Scotsman in the film was being criticized by his sister for not being dedicated enough to the mission in China. He was “losing precious time” by running for his country in the Olympics, she thought.

Liddell explained himself to her, “When I run, I feel His (God’s) pleasure.” Ultimately, Liddell won his sister over to the cause of running in the Olympics when he decided NOT to run a heat held on Sunday, preferring to honor the Lord on His day. Another runner gave up his spot for Liddell in another race, allowing him to get a gold medal. His testimony impacted the world.

For Hugh, acting is a service and worship to God similarly to Liddell’s running.

Hugh is heavily involved in charities. He believes that the millions he’s earned need to be shared. He’s supported micro-loans for Third World businesses and water projects. He’s an advisor for the Global Poverty Project and an ambassador for World Vision.

“I was brought up with a religious sense of giving back. I am given opportunities, more money than I could ever need,” he says. “If you see money or fame as energy, then use it to help others. Paul Newman did that. That’s what inspired me to start.” 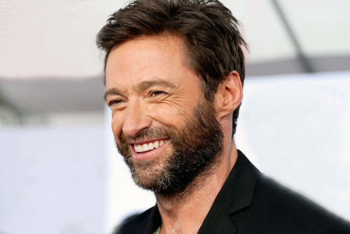 Even though he includes some strange teachings into his Christian life, his concept of God might not be too far off. When asked to define the Deity, Hugh said:

“For me, God is not a thing that you can necessarily see, existing within everything and outside everything. I believe that God, the Absolute, is unchanging. Everything I am saying has an element of God, but you couldn’t call it God because everything changes. You, me, this planet has a life cycle: birth, death, but my feeling about God is that He exists beyond that, beyond those laws of nature. It was, it is somehow…separate to the laws of time, matter, space. And that’s about as close as I’ve come to any realization as to what God is.”

And he recognizes he may still be searching: “Funny enough, I probably feel like the path to discovery, why we’re here, who we are, what it’s all about, is truly a narrow path that many people.”