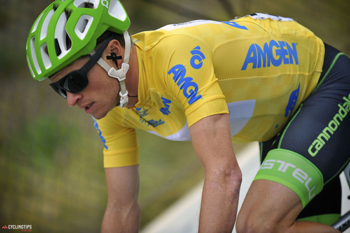 In the quest for victory in competitive cycling, Ben King submitted himself to grueling training sessions that very nearly made he drop off the edge of healthy choices and even sanity.

“Cycling is one of the most demanding sports in the world. You don’t get to determine the pace; the pace is set. It’s like getting pulled along on a choke collar,” Ben says on White Chair films.

“And then you have the climbs and you get dropped. It’s a very explosive, intense knock-out punch. The training, over-reaching, over-compensating, ups and downs, burning 6,000 calories a day. You come back and have to have self-control. The things that you are trying to control end up controlling you. That really starts to wear you down and break you.” 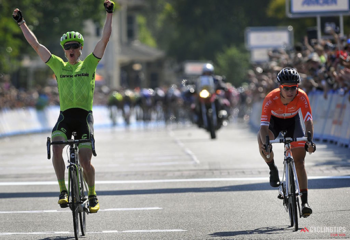 In his first competition in Europe at age 16, he was staggered by daunting competition.

“We just got hammered. We got thrashed,” he says. “I’ve never suffered like that just to finish a race.”

Ben decided he needed to buckle down and get serious about training. He read about pro-training and diet. He looked at he pros.

“They just looked like skeletons,” he remembers. “I started to believe that the lighter I got, the faster I would get.”

Trying to kick it in high gear, Ben would ride in the morning, lift weights in the middle of the day, go to track practice, go home and cram in his homework — along with swim practice. 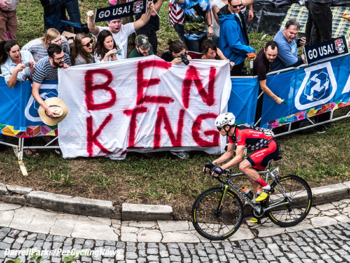 “I would just die in my bed every night.”

Then he started purging. One night on his way back from swim practice, he decided he had eaten too much, and thinking this would weigh him down on the road race, he pulled over on the side of the road, opened the door and induced vomiting.

“In this twisted way, it gave me this sense of control,” he says. “It became a habitual thing. I began to wear down emotionally, physically, mentally, and spiritually.”

Then blood showed up in the toilet. 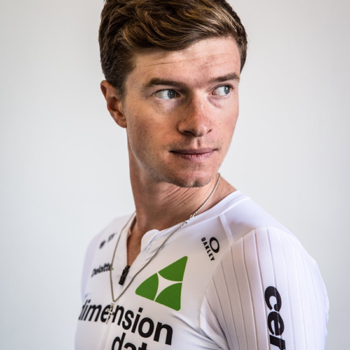 At 17, Ben was ravaging his body in an abusive self-competition — all in the search of getting faster and faster.

He was training three to four times a day and was purging every time he felt he had eaten too much.

He arrived home one night and just clumped up the stairs and said goodnight to his mother, but she called him back down to wash some dishes.

He was tired and temperamental and went into the kitchen and started to wash the dishes roughly.

Ben broke one of his mom’s favorite bowls and her anger flared. In response, he began seeing red and ran out the door, into the woods and kept on running. In the dark woods, he remembers staring at the very weird and odd movements of the branches.

“I just felt like I was surrounded by this evil presence,” Ben says. “It may just have been the evil I had allowed into my life.”

When he got home, his father talked to him and expressed concern about what was going on.

Ben decided to withhold the truth about purging.

Still his father prayed: “God, whatever it is that’s going on, we pray that you would just take this. We have the knowledge that you’re in control of everything.”

Suddenly it hit Ben that what he was doing was not only hurting himself and dishonoring God, but it was also hurting the people around him, the people who loved and cared about him.

“I knew I needed to get myself under control,” he says. “But I didn’t want to talk to anyone about it. And so I turned to God because I couldn’t hide it from him. He already knew.”

Demonstrating the fruit of repentance, Ben adopted a healthier approach to cycling through the encouragement he found in his faith. When he realized there were things in his life he couldn’t control and decided to trust God with those things, they no longer controlled him.

Today, Ben is a professional road racer, pedaling for UCI WorldTeam Dimension Data. He won the gold in the U.S. National Road Race Championships in 2010.

“Cycling has been something that brings me a lot of joy and it’s healthy,” Ben says. “It’s a way for me to interact with my God and it’s an act of worship.”