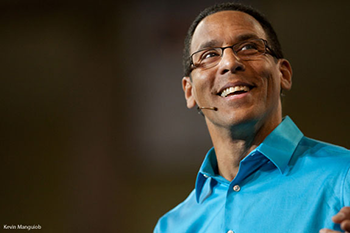 Miles McPherson wanted to see how they made crack cocaine, so he went to a crack house with a buddy.

There the NFL Chargers football player saw a skeleton of a man, dallying with death because of his addiction. McPherson despised him. “Man, look at that pitiful guy. Drugs is killing him.”

Then the God he didn’t even know spoke to McPherson: What about you? He was in your seat not that long ago.

That was McPherson’s first wake-up call. “I asked myself, ‘What am I doing? I’m in the NFL. I’m living my dream. And I’m destroying it.’” 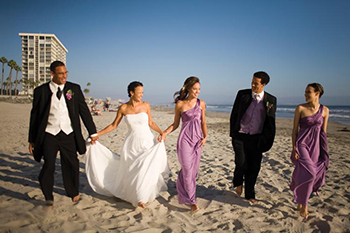 Today, McPherson is the senior pastor of the Rock Church, a megachurch in San Diego with 15,000 attending weekly. The church focuses on reaching the lost through 150 specialized ministries.

McPherson was born to a nurse and a cop in Long Island. He was confident in his playing ability, even though he attended a Division 3 university he predicted he would make the NFL.

A coach mocked his aspirations. “He told other players behind my back that I was too small, too slow, too short. But that just motivated me to keep working.”

On his first year at the University of New Haven, the team had its first winning season, going 6-3. During his second year, the team was undefeated. In his third year, he was named “All American.” In his fourth year, the Rams recruited him. 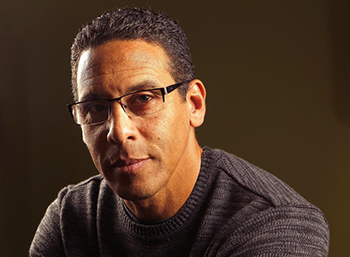 “I didn’t know God, but I just knew in my heart that I was going to play in the NFL and that my life was going to mean something,” he says.

Almost as soon as he got picked by the Rams in 1982, fellow players introduced him to cocaine.

“It was one of the peer pressure things, fitting in,” McPherson says. “I was a rookie, and there’s about six guys in the room. I didn’t know what we were going in for, and they just pulled out cocaine. I said, ‘Oh man.’ But I saw everybody else doing it, so I thought, ‘This can’t be that bad.’ I knew it was wrong. I knew it was dangerous, but I lived on the edge.”

The first try led to addiction. Soon, he couldn’t stop taking cocaine. It became a futile, inexorable search for fulfillment through partying.

After one season, he was traded to the then-San Diego Chargers.

Then a fellow player shared the gospel with him. After a night of partying in 1984, he made the decision to call it quits to drugs. He retired from football in 1985.

His held firm to his vow. McPherson says he’s learned through the ups and downs that you can trust in God.

In the year 2000, McPherson launched the Rock Church on the San Diego State University campus. In 2007, they purchased property at Point Loma to build their first big building, becoming the second fastest growing church in America.

They emphasized community service and urged members to show the love of Jesus in a practical way. In 2010, they gave 200,000 community service hours to San Diego. The city’s openly gay city councilman expressed gratitude for the church.

“The church wants to have a positive influence, and government needs to do a better job partnering with faith-based organizations,” Councilman Carl DeMaio said in San Diego Magazine. “I’m usually hitting them up for help.”

They cleaned up Balboa Park and repaired 4,000 seats in the Starlight Bowl. They refurbished the Jackie Robinson YMCA in southeast San Diego, rebuilding a playground and repairing buildings. City Council President Tony Young calculated their free labor at $4 million.

They opened other campuses in Carlsbad, El Cajon, San Ysidro and City Heights. They moved to a larger facility in San Marcos in 2016.

McPherson has been married to Debbie since 1984. They have three children, Kelly, Kimmie, and Miles Jr. He’s also a grandfather.