His father was larger than life, a brawling alcoholic people would hire to fight against their enemies. Growing up in a village in southern India, the children in the family all feared their father.

“He was a farmer and businessman but he was also alcoholic and got into a lot of fights and police cases,” Brother Matthew* recounts. “There was no peace at home. When he came home we didn’t know what he would do with us, if he would beat us.

“We were so afraid of our dad.”

While Matthew’s father was a nominal Christian, his mother had very strong faith and was devoted to prayer. “When she was 12-years-old, a man of God told her she will be married to a Christian minister, a servant of God, and the whole family will always serve God,” he says.

“But after the marriage, life was so terrible. My mother spent hours and days in fasting and prayer that God would touch his life.”

Once Matthew’s father became so despondent about his hopeless condition he drank poison. His suicide attempt failed when he was taken to the hospital and doctors were able to revive him.

Determined not to fail on his second attempt, he drank poison and decided to go into the forest so nobody would find him until after he was dead.

But God was not through with his life. As he walked along the road holding a bottle of poison, there was a strong inner voice telling him to throw the bottle away.

Suddenly, however, he couldn’t walk any farther. “He stopped on the road, stood there a long time and decided to obey the voice and throw away the bottle.”

At the moment he cast it away his spirit came alive in Christ and his heart was revived by a powerful move of God.

“God gave him new peace and he wanted to share the gospel with all his old friends,” Matthew recalls.

He began to revisit the rough, unsavory characters from his past with a new message. “My life is changed,” he told them. “I’m no longer drinking alcohol and smoking. I’m no longer fighting.” Then he shared the hope of the gospel with them.

With a boldness inspired by the Holy Spirit, he began to do open-air preaching in the marketplace and distribute Christian literature.

The sudden and remarkable changes were not lost on the family. “I saw this big transformation happening in our home,” Matthew says. “His transformation was my introduction to Jesus. I knew Jesus can transform people and turn that person from one end to another.”

As a result, Matthew gave his life to Jesus at 10-years-old. On the weekends, he would go with his father as he preached and handed out tracts.

“My father made a big shoulder bag that carried more than 70 pounds. As children we had to pack it; we couldn’t carry it. He would not come home without giving away or selling all his books. He preached the gospel in all the areas.”

Then God shook up the family once more by directing Matthew’s father to sell their material possessions and become a church planter. “He sold the land and house and everything and we moved from one place to another.”

“He decided he would not buy any more houses or land in this world, so he spent most of that money for taking care of the family or on missions. He didn’t have any house or land.”

As the family moved about, Matthew met a traveling evangelist who challenged him to become a missionary in north India. “I knew the Lord was speaking to me. When the altar call came I stood up and committed my life to ministry in north India — that was when I was 14.”

Before going to the mission field, he wanted to finish school. Accepted to seminary, the founder of the school became a mentor. “I would be the boy who would carry his bag and wash his clothes. If he had preaching engagements I would go. Sometimes he asked me to share.”

If students were going to the market on the weekend, the founder would ask, “Do you have enough gospel tracts in your hands?”

“We wouldn’t go anyplace without gospel literature in our hands,” Matthew says.

After Matthew completed his studies, he led a team of six others to north India. After three days on a train, they reached New Delhi and started working with the Pocket Testament League. 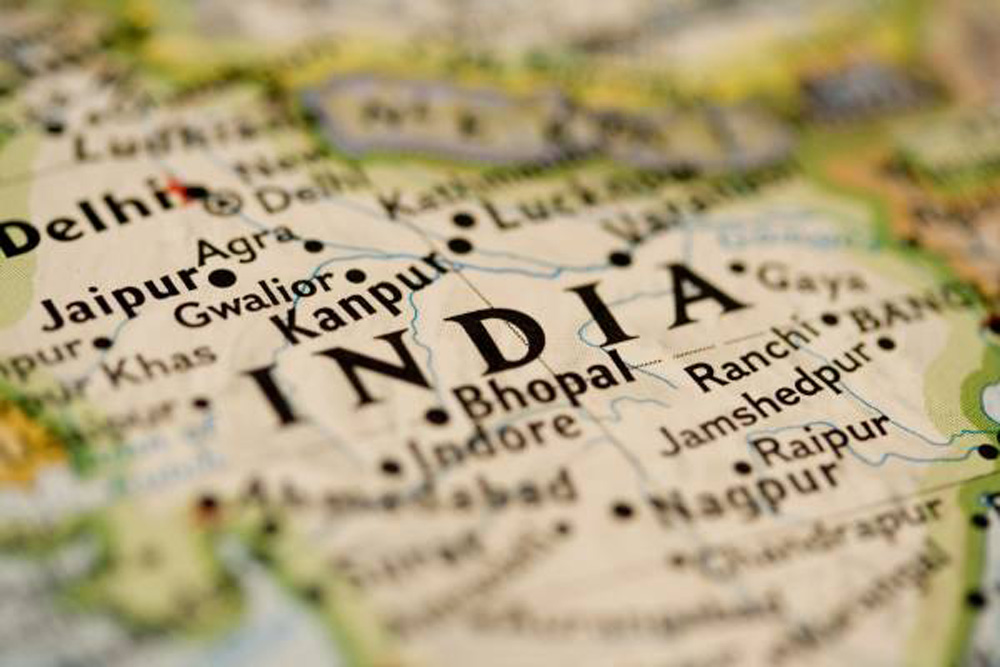 Their grassroots evangelism was both rigorous and steadfast. “Early we woke up and cooked our food, had a devotion, then packed up our literature. After that we would go for outreach, and would cover every house and shop in the whole city. Then we came back for lunch.”

After lunch they had Bible study. In the evening they went back out for evangelism, in partnership with local churches.

“I was 21 years old, living by faith. If we didn’t sell books, we would not have something to eat. If it rained and we couldn’t go out, that was a fasting day. The tracts and books would sell for one rupee to five rupees. But we always had enough. It was learning a faith life.”

The grueling pace took a toll on Matthew physically. He had a bout with diarrhea that lasted six months. Twice he had dysentery. His pants would not stay on so he bought a rope he fashioned into suspenders and put his shirt on the outside so nobody would know how thin he had become.

“I didn’t shower so I smelled dirty. Nobody really took care of me and I didn’t take care of me. We were always doing the work. We thought tomorrow will be better.”

“During those days, I also got malaria for the first time. Once I went to the washroom toilet and passed out. Another person was waiting and they forced open the door and took me out.”

Fortunately, his director’s wife happened to be a medical nurse and they took him to the hospital the next day. He received malaria medication and began to improve within three days.

When he had the malaria he thought he might die, so he penned a letter to his family to inform them. His youngest brother saw the letter and wrote back to him: “My dear brother, I read your letter…if you need to die for the gospel in north India, please die. When it comes to our turn we will come and continue the work.” 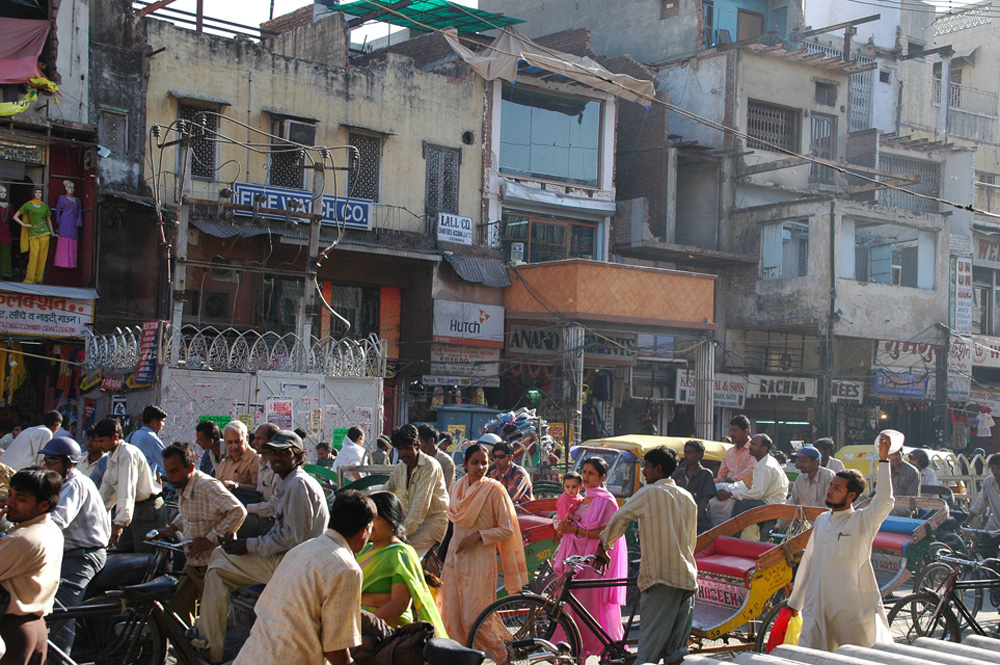 Matthew’s younger brother has become a powerful servant of God, a journalist who has written several books, and a well-known preacher.

The Lord brought healing to Matthew. As the work continued, after a time of prayer and fasting, he began to sense that God was bringing a change to his ministry.

The director told him he had been praying about a training program for church planters. Together, they launched a training program called the School of Evangelism. “We selected 12 people and trained them for a month and sent them to six fields where there was no Christian witness, no missionaries, nothing.”

When they returned after six months, Matthew received them, went out with them for outreach, spent another month of training, then three months outreach in the mission field.

“It was very effective,” he says. “New fellowships started. Many miracles took place during the outreach. These people continued to stay in the field and do the work, and then we trained the next batch of people for nine months in the classroom and sent them out.

The training program they developed became a three-year bachelor program. Matthew headed their new institute for 17 years, training hundreds of men and women.

A time for marriage

In 1990 Matthew’s father came to visit him in north India. When he surveyed everything his son was doing he said, “You need a wife to help you. Are you interested in marrying?”

“If you want to marry, marrying early will be better,” his father replied.

In obedience to his father, Matthew traveled to his parents’ home in south India. After he arrived, his father took him to the house of a young woman named Amoli, who was currently working as a nurse.

“I told her parents that I want to talk to the girl alone and we sat together in her room and I told her I’m a missionary working in north India. I don’t have any salary or support, no house, and I don’t promise you a house, clothes, food or anything. If God gives we will receive with thanks. If not, we will live in any situation, even if it includes sleeping on the roadside.”

Amoli said she would think about it.

Then Amoli’s parents and siblings came to visit the home of Matthew’s parents.

They lived in a parsonage that was created by running a curtain through the middle of the modest structure they used as a church. “That was a 20 by 40 hole with a curtain in the middle. Half was our home and half was the church.”

“Do you have a house?

“Do you have land anywhere?” the young man wanted to know.

After they left, Amoli’s family argued among themselves about the marriage. As the argument raged, finally Amoli’s mother stood up and said, “This is our daughter and we decide for her. We are going to get her married to this boy.”

“Her mother was a prayer warrior and strong believer in the Lord,” Matthew says. “A year before I reached their home a man of God went to their home and told them next year I will send a man of God for Amoli. You should get your daughter married to him.”

“Three months later another man of God went to the house and said the same thing.

So the parents knew something was coming from the Lord.”

Matthew and Amoli married shortly after that and have enjoyed a wonderful marriage, sustained by faith in the One they serve.

About 10 years ago, after a time of prayer and fasting, Matthew began to sense change was coming into his life once more. He attended a Global Disciples conference and felt the Lord’s leading to “have something to do with it.”

After joining Global Disciples, Brother Matthew initiated 18 discipleship training programs before serving as a facilitator with them, working alongside and equipping training directors in north and central India. Later he was given responsibility for south Asia, which has involved extensive traveling. “My wife and children are standing with me and I praise God for that,” he notes.

“Jesus said to go to the whole world and preach the gospel to all nations, and according to that word there should be no unreached nations,” he notes. “Where are those unreached nations that my disciples will be the first to reach with the gospel? What are those totally dark areas where my disciples will bring the first to carry the light?” he asks.

“We want to nurture what is growing and multiplying. We want to invest in things that multiply. Not just addition, but multiplication.”

To learn about the work of Global Disciples in south Asia, go here