Only 12 percent of people who experience cardiac arrest outside a hospital live to tell about it. Miraculously, Dr. Steven Long was in that number. He and his wife Vicky are co-founders of Global Champions, an organization that teaches young people life skills and character development in schools and businesses in several countries.

Steven’s heart attack struck during a ministry trip to Taiwan. On May 1, 2014, the air was so humid Steven felt like he was inhaling hot water. He had just finished two exhausting weeks of speaking engagements, with sleepless nights, back-to-back meetings and a full agenda of ministry.

That fateful morning, when the heart attack began he fell to the bathroom floor and passed out. When he awakened, he took a nitroglycerin tablet hoping to prevent death and called 911. Somehow, he managed to open the apartment door to let paramedics in.

An ambulance rushed him to the nearest hospital, but his heart would not keep beating. It flat-lined six times in route, so the EMTs kept him alive by defibrillation.

The paramedics called the hospital’s top-rated heart surgeon to meet them at the ER. Though he was headed home after a long day at the hospital, he returned to treat Steven (surely an act of divine providence). God was in control of everything.

Steven was rushed into emergency, triple bypass, open heart surgery. His heart was defibrillated three more times during the operation, resulting in burns on his back from the electrodes.

Unaware of Steven’s heart attack, his wife, Vicky, boarded a pre-planned 12-hour flight from San Francisco to Taiwan to celebrate the 20th anniversary of Global Champions. A leadership team met her at the airport, informed her of Steven’s dire condition, and rushed her to see him in the ICU.

After she arrived, the doctor lowered the medication, so he could regain consciousness and to see if he could recognize her voice. Vicky’s tender voice awakened him, “Hi Steve, it’s Vicky. I love you. I am here now, and everything is going to be OK.”

He opened his eyes, recognized her and tried to speak, but with all the tubes in his mouth and nose, he couldn’t talk. He looked frightened and his only words sounded like “Die” and “Help me.”

During his 23-day hospitalization, Steven had several near-death and out-of-body experiences, which he documents in his book Evading Death’s Grip. 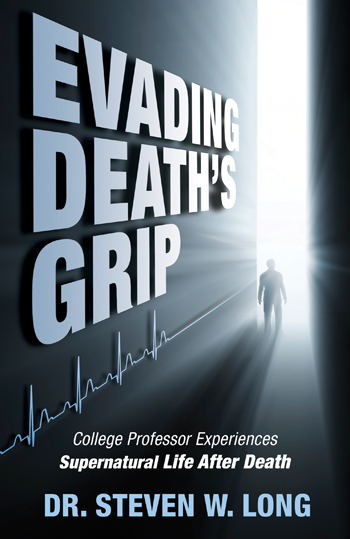 “Standing next to the bed, I saw two hateful-eyed, wicked, nasty, mean, malignant beings who strangely appeared to be human,” he recounts in the book. “They looked like hospital workers, but I knew instinctively they were death’s emissaries.

“One stood next to me glowering with bloody, red eyes. He looked like a Chinese man, dressed in a blue zippered jacket with five Chinese characters written on the back, 死亡的幽灵 (loose translation—“spirit of death”). Next to him was a seven-plus-foot-tall, skinny Asian woman dressed in black.

“Who were they? Were they real people trying to kill me, hallucinations or possibly actual demonic beings? Why were they allowed in the ICU and who let them in? All I knew was that they were in my hospital room and their intentions were evil.

“I thought to myself, Their eyes look like those of demons I’ve seen and even cast out in the past in the name of Jesus, but how could this be since they were also seemingly human?

“I quickly discovered that I could not simply speak and make them leave, as I had done in the past. Various tubes protruded from my mouth and nose, and I was not able to talk. I was convinced that there were people trying to kill me. Paranoid, I thought there was poison in the IVs and kept pulling them out from the back of my hands, arms, and even feet, while the staff kept finding new places to put fluids and medicine into my body.

“I was not able to physically fight them and seemed to be frozen and unable to move. I could feel the restraints on my arms and legs tying me down to the bed which kept me from resisting. Another reason I was restrained was I could not distinguish the doctors and nurses from these two uninvited and unwanted visitors and would strike out at the staff or doctors or kick them if they approached me.

“I remembered a statement I’d heard people say over the years, ‘When in trouble, call on the name of Jesus.’ So, I started weakly doing that; I would exhale a whisper, ‘Jesus’ and inhale, ‘Is my Lord’ with every breath. I had so little strength, but it was enough.

“Soon, supernatural strength filled me, and I could literally feel something like electricity flowing into my body. Somehow, I knew I needed to address the attackers. So, I stated, ‘In the name of Jesus, stop!’

“At the mention of the name of Jesus, they stopped, glared at me, turned and quickly left the room. The Bible instructs us to ‘resist the devil and he will flee from you’ (James 4:7) and it really worked!”

In another out-of-body experience while in the hospital, Steven saw a brilliant white room containing a window-like portal on the floor and the earth suspended in it. He watched as two paths shot out from the earth: one extended out into darkness that was so pitch black it could be felt, the other path stretched toward an amazingly brilliant light. 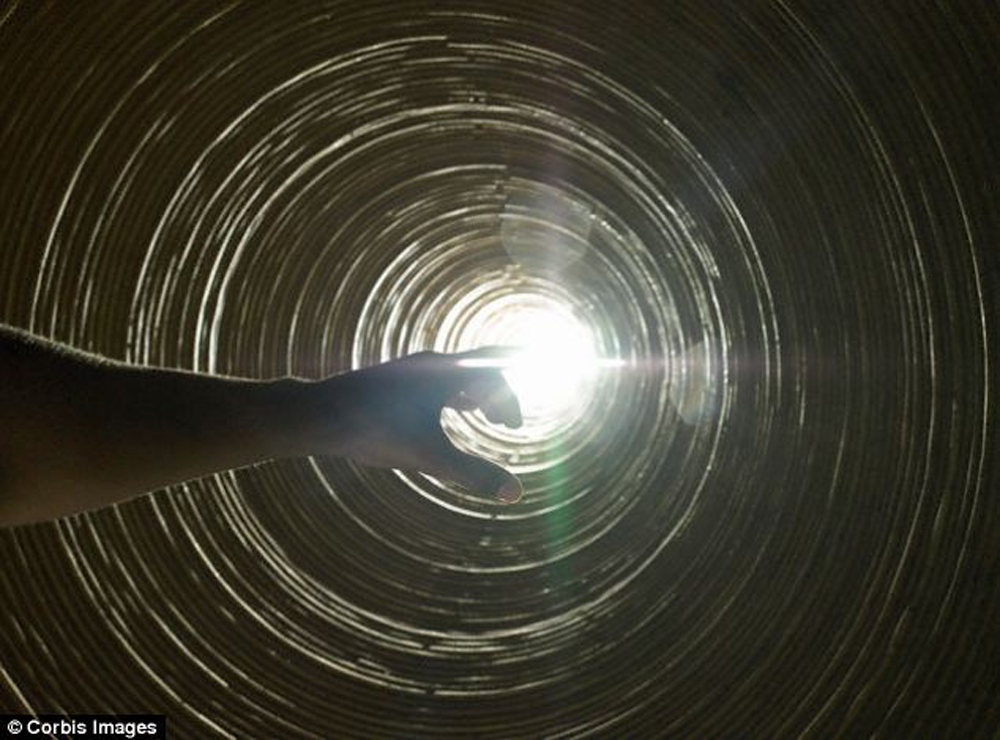 Curious, he put his foot on the path leading to darkness and was immediately overwhelmed by feelings of being completely lost. He felt loneliness and despair like never before in a blackness that kept intensifying and coming closer by the second. He could hear the terrifying groans and screams of lost people stumbling around in the dark, falling over one another. Other sounds were horrific beyond one’s imagination.

As this eerie darkness enveloped him, he removed his foot from that path and placed his other foot on the path leading toward the brilliant light. It contained a far greater spectrum of light than we have on earth. The dazzling colors were heavenly and standing way off in the distance at the end of the path, was a silhouette of a person.

He knew intuitively that it must be Jesus; His majestic white hair and beard and His fiery eyes were the same as he’d read about in the Bible (Rev. 1:13-15). A tidal wave of love washed over him. He was overwhelmed by the penetrating light and the purest love and knew that God was embracing him and welcoming him into heaven.

Steven was given a glimpse into both ends of the paths that our lives can follow. We all choose one path or the other.

Later, a physical therapist asked Steven, “Is it OK to wait until we get to the point of death to make the God-decision?”

“I believe I was given the vision/experience of the two paths to provide a greater understanding,” Steven replied. “We need to decide what path we will walk on before we enter death and our soul is separated from our body.”

Dr. Steven Long fully recovered from his 2014 heart attack and surgery and has increased his ministry efforts. Since that pivotal point in his life, Dr. Long has researched over 1,500 sources of near-death and out-of-body experiences and has become an expert in this intriguing field of study.

Many of his findings are included in his book in which he cites several documented cases that prove there is indeed life after death. Steven personally walked through the portal of death and returned to tell the world about the path that truly leads to eternal life by faith in Jesus Christ. Steven is more than a cardiac arrest survivor—he’s a walking miracle and an eyewitness of the unseen spiritual realm that awaits us beyond time and into eternity.

Dr. Steven Long serves as an assistant professor of leadership and financial freedom via distance learning in two universities in Taiwan. His book is available at evadingdeathsgrip.com, deeperrevelationbooks.org, and amazon.com. He and his wife, Victoria, live in California.