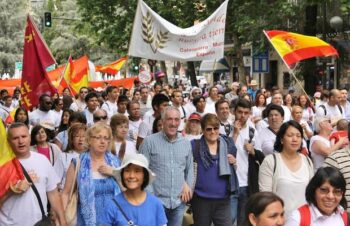 By Garrett Lahood and Michael Ashcraft —

There was a time, during the reign of Franco, when Spain was arguably more Catholic than Italy. Evangelicals were forbidden to evangelize, meet outside their homes or print religious materials. Nevertheless a small band of fervent faith grew mostly in the independentist region of Barcelona.

But now, the country – technically and symbolically part of the so-called 10-40 window most resistant to the Gospel – is experiencing unprecedented revival. Two new churches open every three weeks, and there are now 4,045 houses of worship, according to a new survey.

More than 80 new places of worship opened in the last six months of 2017, according to the bi-annual report of the Observatory of Religious Pluralism of Spain’s Justice Ministry. 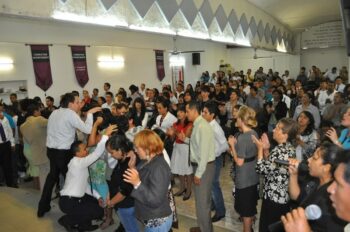 The growth is being consistently sustained, according to Maximo Alvarez, head of In Depth Evangelism in Spain.

“The figures keep growing thanks to initiatives of church planting that are being carried out by churches and denominations,” Alvarez told Christian Today.

Spain had been slow to catch on to the trend in Latin America, its former colonies, where the Gospel has spread like wildfire. From 1900 to 1960, 90 percent of Latin Americans identified as Catholics, but according to Pew Research the number has fallen to 69 percent. One in five Latin Americans consider himself Protestant.

Historically, Spain was hostile to the Gospel. While England, Germany, France and Switzerland experienced the Protestant Reformation, Spain sponsored the Inquisition to stamp out similar movements with appalling tortures and lynchings.

Then, Francisco Franco took over in 1939. While officially neutral in World War 2, the dictator was fascist friendly. Political opposition was squelched mercilessly.

Franco was also deeply Catholic and actively repressed evangelical movements. It was said, “Franco was more Catholic than the Pope himself.” Religious “freedom” under Franco meant Christian evangelicals were only allowed to conduct church services in their homes, even with their own families. No visitors were allowed.

Still, the Gospel could not be squelched. It prospered quietly in the Catalan region, which, with a different dialect and culture, resented union with Madrid since the time of Ferdinand and Isabella in the 1400s.

Here the Gospel grew steadily under the wise leadership of Samuel Vila and Francisco Lacueva, who converted to evangelicalism after being a Catholic priest and professor.

Franco died in 1975, and Spain saw a warming acceptance of evangelicals.

At the same time, postmodernism, with its antipathy towards God, was taking hold in most of Europe, and Spain succumbed. Having won the battle against tyrannical Catholicism, the Gospel found itself confronted with a new powerful foe.

“Young people need the gospel, having given themselves over to postmodern materialism and hedonism. They distrust organized religion. Their lifestyle is based on experience,” notes Operation World. “Ministry to them must be highly relational and authentic.”

Given the history and current difficulties, the progress of the Gospel in Spain is heartening.

“Spain is a hard country,” Manny Fernandez, a graduate of Dallas Theological Seminary, told Christian Headlines. “Most Spaniards don’t think they need to be evangelized. They can be stubborn in their resistance to what they consider to be non-Spanish, to non-Spaniards. Many Spaniards think evangelicalism is a cult.”