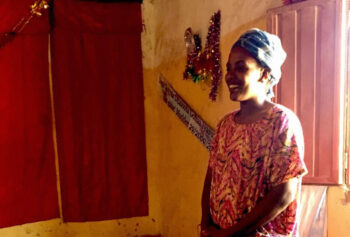 She was born into a Muslim family in East Africa. After she became a follower of Jesus, she endured terrible opposition within her own family and narrowly escaped death.

“I never knew God loved me,” Fatima told New Covenant Missions. “After I heard the Gospel I gave my life to Jesus and he came into my heart to be my Lord and my Redeemer.”

After she told her family the news, they were furious. “Sharia law demands anyone who converts from being a Muslim to be a Christian shall be put to death,” she noted. “My family was very ashamed of me because in their eyes I was apostate.”

To maintain the family’s “honor,” her oldest brother plotted to kill Fatima. He conspired with the town police to surround her in the public square and make an example of her in front of others.

“One day while in the town the police grabbed me along with my brother. They surrounded me in public and my brother began to beat me to death. I don’t know how I survived. The police surrounded me so no one would come to my aid,” she recounted.

“I was so badly injured to the point where I became crippled — they left me there to die.”

Years later, she was still disabled when she met her husband, a church planter who converted to Christianity from Islam when he was young. “We began to have worship services in the bush near the lake. We then built this little church.” 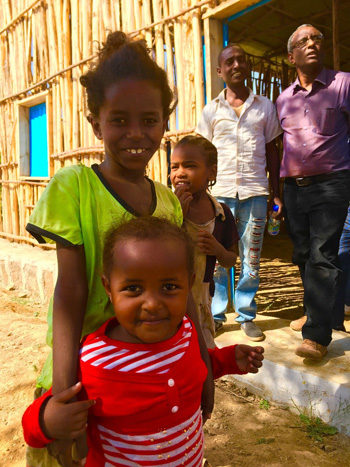 Jesus healed the wounds on her “body and heart” and enabled her to have children.

“Now I am serving the Muslim women in our surrounding area around our church. God has brought great partnerships and is allowing my husband and I to build a large worship center for the believers here in this bush area,” she noted.

Fatima travels from village to village and hut-to-hut caring for people suffering from malaria. “Because of our close proximity to the lake the malaria is very bad. I now administer medicine for malaria to the same people that persecuted me.

“They do not understand how I can forgive them, I can tell them I love them and it is because I have the love of Jesus Christ in my heart. Some still do not want to give their lives to Jesus out of fear of being persecuted by their families and tribes.”

Fatima is also starting a support group for young girls that are excommunicated from their families as a result of following Jesus.

“I want to be a physical and spiritual mother to these girls so they know they are safe,” she said.

If you want to learn more about New Covenant Missions’ work in Africa, go here