Jatya, a pastor in southern India, is able to document eight times he was persecuted for his faith, all memorialized in old newspaper clippings he keeps in a faded envelope.

In 1992, police ordered Jatya to stop sharing Christ with others in his village. After he refused to stop, police broke all his fingers. Three years later, he was beaten and jailed for a week. Another time, a Hindu neighbor beat Jatya with a bicycle chain, according to a report by Voice of the Martyrs (VOM).

Each time Jatya was persecuted for his faith, his response was the same: he went back to the streets with his Bible sharing the Gospel of Christ. With a boldness derived from the filling of the Spirit, he feels an urgency to declare the Good News!

More recently, Jatya shared the Gospel with a young man in his village. An angry mob of radical Hindus surrounded Jatya and beat him until he lost consciousness, according to VOM.

Jatya downplayed the severity of the beating when recounting the story to VOM. He said the most important part is the young man became a follower of Jesus!

Jatya hopes that someday soon he will be able to meet the men who beat him and share Christ with them. 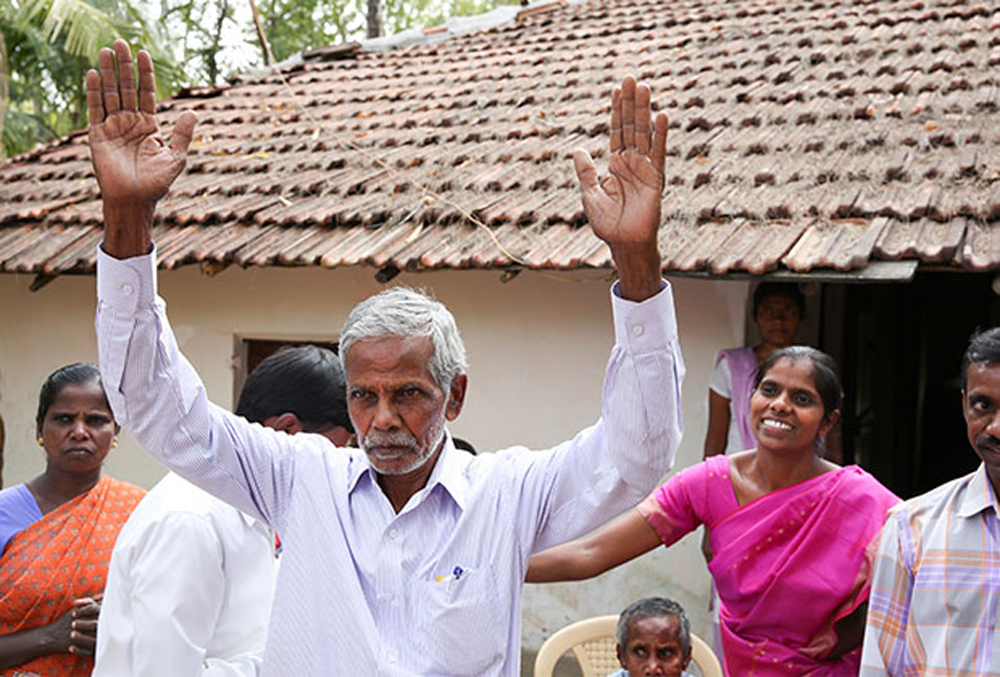 When asked if he harbors any trepidation in facing future persecution, Jatya quoted 2 Timothy 1:7 — “God has not given us a spirit of fear; but of power, and of love, and of a sound mind.”

“Until my last breath,” Jatya says, “I want to serve and live my life for Jesus.”

VOM paid for Jatya’s medical treatment after his most recent beating. To know more about their work, go here