Now 92-years-old, Betty Glover is still known as “The Bible Lady” throughout the Cumberland Mountains of Tennessee.

In 1958, Betty, a single, registered nurse in her 30s, dedicated her life to serving the rural poor and building them up in the faith.

“Prior to the time I came down, they had large mines, deep mines and they had plenty of work,” she told InFaith, Betty’s sending organization (formerly American Missionary Fellowship).

When Betty arrived in the mountains outside Knoxville, the local economy had gone into a tailspin after the local coal mines shut down. “There wasn’t any work,” she recalled. “Children went into the mines at 10-12 years-old and many of them couldn’t even write their names.”

Those with an education went north to find work, but those who didn’t have any marketable skills went deeper into the mountains and their families became mired in poverty.

When she visited the poor she found homes that were “worse than chicken coops.”

“Ten or 12 children would be in a two-room shack,” she told InFaith. “You could see between the boards, the roofs leaked, they didn’t have any money to buy groceries. They didn’t get any help from the government – they were starving.”

Without money for shoes, she was shocked to discover some parents had wrapped their children’s feet in rags to survive the winter months.

She gave out worm medicine by the gallons. “All the children were infected by tapeworms,” she says. 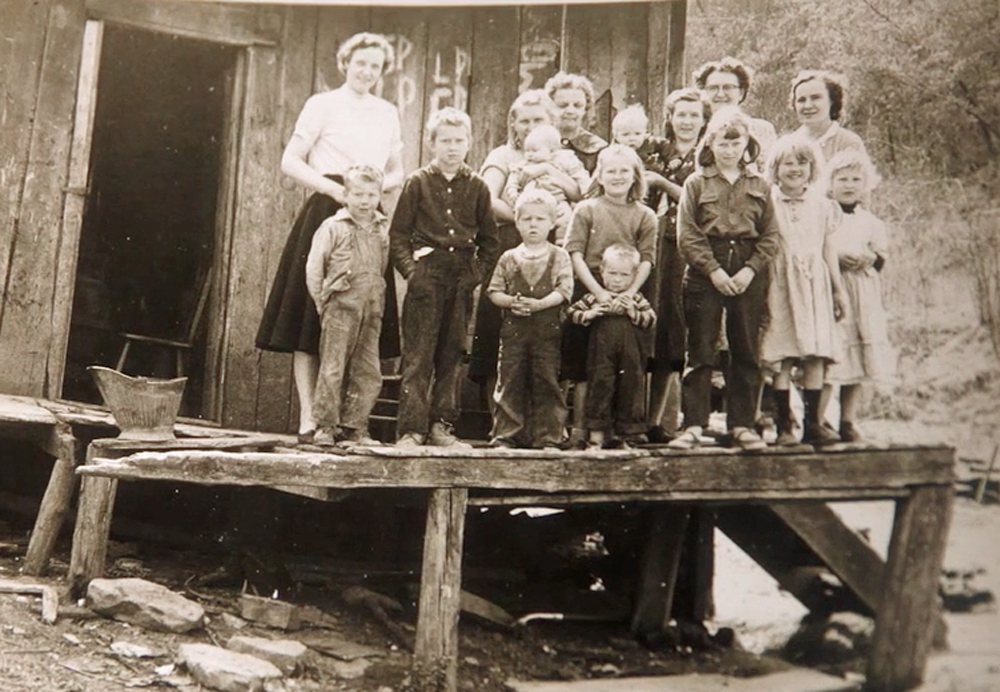 She encouraged the children to attend school, so they would have a better life than their parents. “My prayer for the community was that they would accept the Lord as their Savior and they would get the help that they needed.”

She and Mildred Clark, another InFaith missionary nurse, visited families in their homes. They brought groceries, medicine, and clothing donated from other parts of the U.S.

They brought seeds for planting and tarpaper to prevent the snow from penetrating their walls. Once a month, they drove people to Knoxville for free dental work.

At night, they led Bible studies in homes, churches and one-room schoolhouses. In the summer she pioneered Galilee Bible Camps for the kids and led VBS.

“It brings me joy when one of my children comes up to me and thanks me for the Bible [knowledge] I gave them,” Betty says.

Although she retired from InFaith 20 years ago, she continues to live in her cherished mountains and is still teaching children using flannel graph Bible stories. She also ministers in a retirement home – where some are many years younger than Betty.

“The Lord wants us to go to our neighbors and whoever we come in contact with,” Betty says. “You know your neighbor. Who’s going to reach them?

“God said go ye into all the world and preach the Gospel,” she reminds, “and local is part of the world.”

He survived IED on the Metallica Road, endured 60 surgeries with Jesus