An Italian teenager with Down syndrome is being called a hero after he saved a little girl from drowning.

Valerio Catoia, 17, and his family were at a beach south of Rome on July 12th when two girls, 10 and 14, were swept out to sea by a rip current. They began to scream as the current pushed them farther out, according to reports by Roma.Republica and Lifesite News.

“The little one started to go down but then re-emerged,” according to Roma.Republica. When Valerio saw one of the girl’s head go down and them re-surface screaming, he dove into the waves, “instinctively” swimming out to her.

Valerio’s father also heard the girls’ screams and joined his son in the water. The two reached the girls ahead of lifeguards.

The father helped the 14-year-old, while Valerio swam to the younger girl, clasped her in one arm, and towed her back safely to the beach.

When news about the rescue reached the Italian news media, Valerio became a national hero. Many credit him for overcoming his disability.

Italian Minister of Sporting Luca Lotti praised Valerio and presented him with the “Solidarity Champion of Italy” award for his valor. 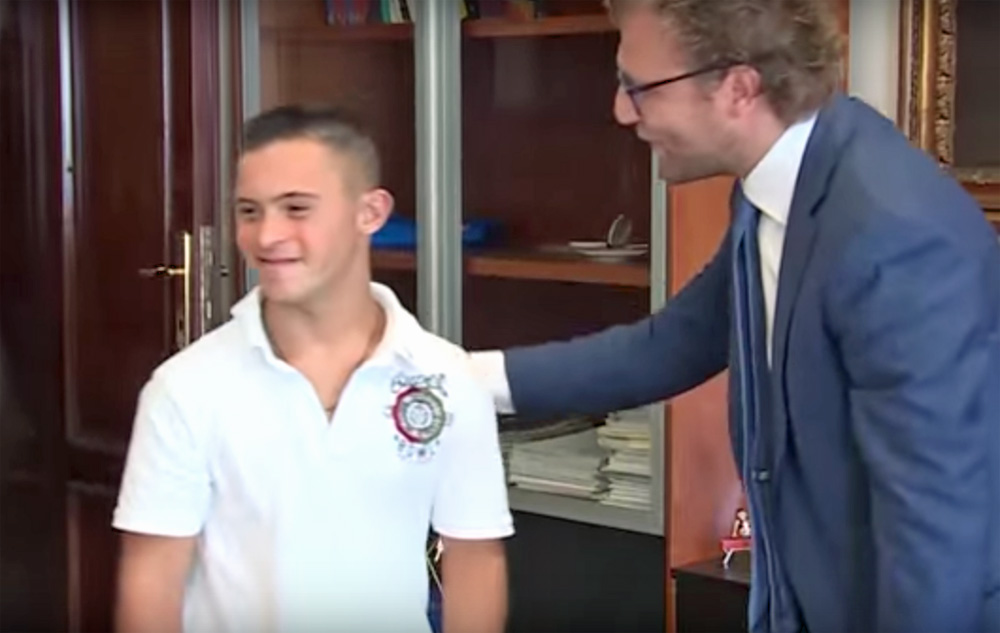 Valerio learned to swim at three-years-old. His parents encouraged his swimming to help him develop strength and confidence.

The teenager has also competed in the Special Olympics, the world’s largest sports organization for children and adults with intellectual disabilities. They provide year-round training and competitions to 5.7 million athletes in 172 countries.

Valerio brushed off the increased attention and insists he hasn’t changed. He continues with his school and scouting activities. He says it is the people around him that have changed.

Daring to hope in trying times