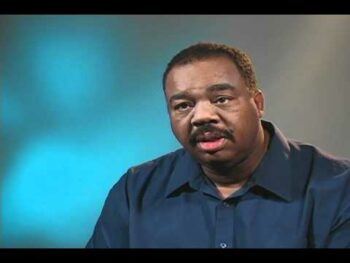 From a very young age, Curtis “Earthquake” Kelley was designated as his father’s successor in Haitian voodoo, but after he visited hell on a drug overdose, he decided to turn to God.

Curtis’ great, great grandfather emigrated from Ireland to Haiti — then called Hispaniola. But slaves invoked witchcraft and his crops failed, so he moved to Texas with four slaves. From one of the slaves, he fathered Curtis’ grandfather, according to his testimony on YouTube.

His father moved to New York and had six children. When mom got pregnant with Curtis, dad tried to force her to abort. She was unwilling, so he kicked and beat her trying to provoke a miscarriage.

“God saw to it that He spared my life,” he said. 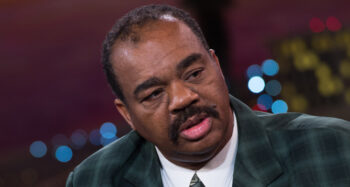 Curtis at age 4 watched his older brothers shoot up heroin and wanted to try. But his brothers wouldn’t let him, so he figured out how to “huff” on his own. At 6, he smoked marijuana. At 10, he snorted cocaine.

His family was steeped in voodoo. A priestess working for his father infiltrated church meetings and invited Christians to her own meetings offering potions and spells for jilted spouses, material wealth and love. Because Curtis was seventh-born in his house, he was a “chosen vessel.”

He lusted for power and money and began to learn paranormal techniques for casting night terror, but involvement in the occult opened him up to many torments. The priestess taught him not only witchcraft, but how to manipulate clients and keep them coming back with only partial relief.

“She took advantage of people,” Curtis said. “People believed that if God took too long, the occult would bring a quick fix. She would charge $20. That was a lot of money back then. I would watch husband after husband, boyfriend after boyfriend, come back.”

The priestess had a doll that conversed; a demon inside produced the poltergeist, he said.

“It told her what person was coming each night and what problem they had,” Curtis said. “Every time she would ‘prophe-lie’ — I call it ‘prophe-lie,’ not prophesy — the people would just throw money at her.”

She set up fetishes in his room, but that produced horrifying spectacles.

“I would see these demons coming through the floor and running around my room,” he said. “One day I was laying on my bed and felt it shaking. I turned on the light and looked underneath my bed and saw my dad. His skin tone was green and he was all scaly. He came out and smiled, and then he dived right through the floor. I got freaked out. I was so scared. I said, ‘What is this? I didn’t know all this was involved in this. What am I into?’

“I was into some very, very evil stuff, and I was in too deep to get out,” he said.

If he sold his soul outright to the devil, he would get true power and girls, respect and riches. He would be able to step through walls and astral project, go into banks and take all the money he wanted. “Give yourself to us, and we’ll take care of you,” the demon told him.

While his dad and brothers were deeply lost in the occult and drugs, his mom was a Christian who prayed.

Curtis refused the 10-year and the 20-year contract that would have given him unlimited fame but killed him upon expiration date.

Since his father was abusive, his mother eventually wanted to run away. To escape, mom took Curtis and brothers to Milwaukee when dad was out of town. That was one less bad influence in his life, but Curtis was still addicted to drugs.

The voices in his head told him that he needed to get really high in order to tell others what it felt like, so at 15, he overdosed on drugs and went to hell, according to CBN.

“These horrible spirits came out of the floor and started grabbing him,” he said. He was in the bar and begged his brothers to take him to mom, whom he knew would pry him free even as he was descending into the abyss.

“The demons were hitting me in the head. They were pulling my tongue. They were laughing at me saying, ‘We tricked you. We fooled you. You were casting spells, and it was always just to get you to this place,” he said. “I knew how drugs worked. This was different. I was conscious. I saw it with my own eyes. It was beyond horror. They remind you of everything you did that was wrong. They won’t leave you alone.”

But then some supernatural hands pulled him out of hell. “I heard this voice that said, ‘Because of your mother’s prayers and because you were chosen to do a work for us, you were saved'”

He regained consciousness in a mental ward.

Released after a few days, he started attending church immediately. There, he heard God say to him: “I love you.”

Curtis surrendered his life to Jesus as his Lord and Savior and was born again.

He began to grow in the Lord, attending church regularly. Today, he works as an evangelist and has traveled the world warning people about dangers of the occult.

Curtis also pursued boxing. As a teen at a gym, he was recognized for his rage and street-fighting. A trainer promised him a bright future if he dedicated himself to the sport.

In one match, Curtis blasted his opponent so hard that he earned the nickname “Earthquake.” In all, he fought 20 professional heavyweight bouts from 1986 to 2001 and had a shot to be on the Olympic team.

But ultimately, he was destined for ministry. He founded and leads The Bridge of Deliverance International in Hollywood, California, and ministers at conferences.

Do you want to know God personally? Here are four steps...