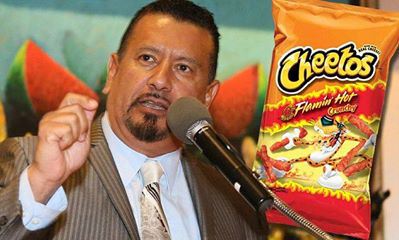 This is the story of how God inspired a lowly janitor at the Frito-Lay factory in Rancho Cucamonga to create “Flamin’ Hot Cheetos,” propelling his rise to the top of the executive ranks.

Richard Montañez grew up in a farm labor camp picking grapes in California. He grew up with his family crammed into a one-room shanty lacking basic indoor plumbing — the communal bathroom was outside. They couldn’t buy luxuries and sometimes went to bed hungry. His was a life of food stamps, welfare and even times of homelessness.

Without any education, he salivated for the opportunity to work at the local Frito-Lay factory scrubbing floors. When he got the job, his father and grandfather sat him down and exhorted him to execute it with excellence.

“When you mop that floor, you let people know that a Montanez mopped it,” Montañez told WKNO television station. “In my heart, I was going to be the best janitor that Frito-Lay ever had. I saw that I had an influence because they would walk into the break room and it would smell fresh and they would smile.” 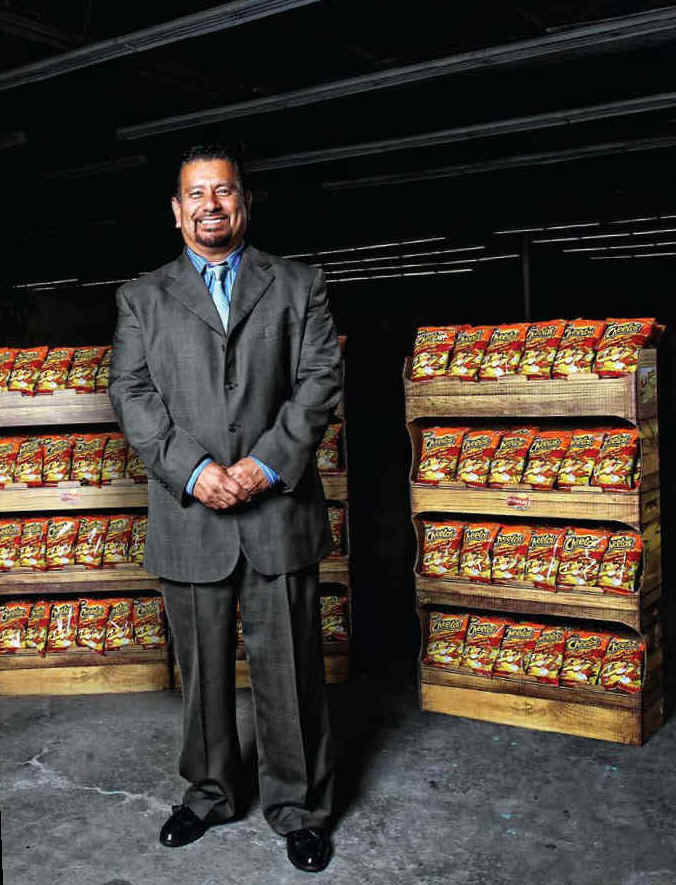 Then someone shared the gospel with him and his wife, Judy.

“I never felt like I belonged. I always felt like I was an outsider, like second-class citizens,” he told the Faith with Flavor program. “Then somebody started telling us about Jesus Christ. I wanted that so bad. We were never going to be picked for anything. Why would God take the time to deal with somebody like me when nobody else would? We figured we’d give God a chance. He was doing things for me before I could do anything for Him.”

He started reading the Bible and learning from his pastor, from mature church members and from mentors.

“I started going to church. It’s so full of wisdom,” he said. “If you read the Bible, it will educate you.”

Then one day at work, the president gave a lecture about empowerment. He told all the employees to think and act like they were the president. This was the message Montañez longed to hear. He looked around at his co-workers and was surprised that they didn’t seem to care much for the inspirational speech.

Montañez was praying one day for an idea, a vision that would help him break out of poverty. He took his small son to eat elotes, corn on the cob that Latinos cover with chili, cheese, lemon and other condiments. As he munched on the chili-coated elote, he thought of the puffed-corn snacks that his factory coated with powdered cheese. 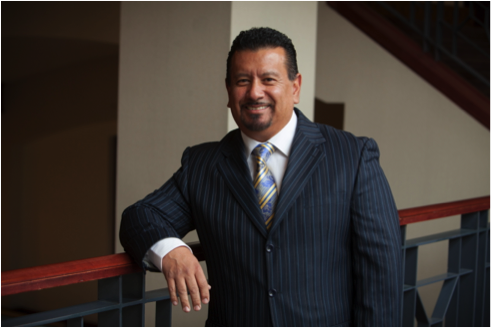 “God gives you the ability to see the unseen. He’ll give you a vision. I saw how God brought things into existence out of nothing. I prayed to God to give me that ability,” Montañez said. “I said, ‘God give me an idea.’ He literally gave me an idea of Hot Cheetos.”

One day, a machine broke down and left a batch of Cheetos cheeseless. This was his chance. Montañez scooped up a bunch and took them home. His wife concocted some Mexican spice flavor to dress the naked corn puffs. He took some to work, and she took some to her workplace.

In his mini-marketing research, the love for the re-invented Cheetos was universal. Since the idea came from God, Montañez calls it the “revelation that caused a revolution.”

“For a janitor to come up with an idea that changes the course of history was a battle,” he said. “But it was a God idea so He removed all the obstacles. God brought leaders into my life who were visionaries.”

With boundless enthusiasm and Spirit-energized faith, he called the president’s secretary and cajoled her into patching him through to the boss himself. The president bit the bait – er, the Cheeto – and gave Montañez two weeks time to make a presentation.

Montañez bought a $3 dollar tie and picked up a book from the library about sales presentations. He pitched his idea to a group of executives and the rest became history. 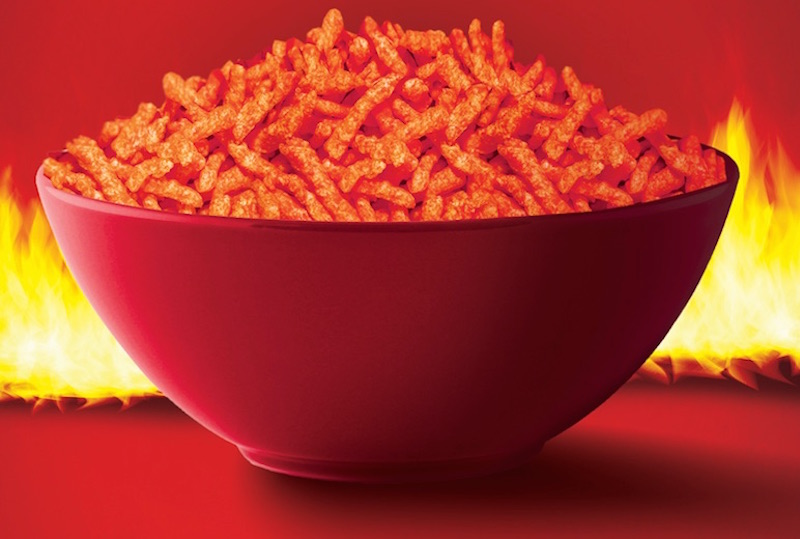 “I went from going to sleep one day not being able to pay for things to the next day being able to buy anything,” he said. “That was a miracle.”

Today, Montañez is the head of multicultural marketing for PepsiCo, which owns Frito-Lay. He flies corporate jets around the country to give lectures and teach at business universities.

One day students in a university classroom pressed him for his academic credentials. He quipped that he had a PhD – which stands for his experience with poverty and hunger, which bred his determination.

“I read in the Bible that God says that if you are faithful in the little things, that He will put you in charge of big things. I wanted to do something with my life but had so much self-doubt. My life changed when God helped me with not believing in myself. I realized He had faith in me, and that changed my life.”

Montañez is called the “godfather of Hispanic branding.” Or Horatio Alger.

Today he urges youth to dream their way out of their barrios. “Nobody ever told me I could be something big in my life,” he said. “I tell people everywhere that God has placed everything you need in your life to be successful. We just need to give Him the opportunity to come in our lives and kick the switch on.”