Pastors and prayer warriors in Colorado fasted all day Palm Sunday (April 9), then gathered in the evening to wage spiritual warfare against an enemy that’s killing more people in the Rocky Mountain region than any other part of the nation.

Suicide is the second highest cause of premature death among those aged 10-34, and Wyoming, New Mexico, Montana and Colorado lead the nation in deaths by suicide, according to the most recent data available from the Centers for Disease Control.

Landon Hairgrove, a youth pastor in Fort Collins, Colorado, fasted all day and then led intercessors Sunday night in praying for an end to suicides in his county, which reported 83 cases in 2016, double the national rate of 13.36 per 100,000 people.

“I believe there is a spirit that’s attacking this region, and we’re taking down that stronghold through worship and intercession,” said Hairgrove, recalling a suicide death of a fifth-grader in 2015 that still rocks the church he now serves.

“But we also want to release identities over our kids. The only thing that’s going to break suicide, depression, anxiety and all of that is the knowledge of the Savior who gave Himself up on a cross to offer eternal life. 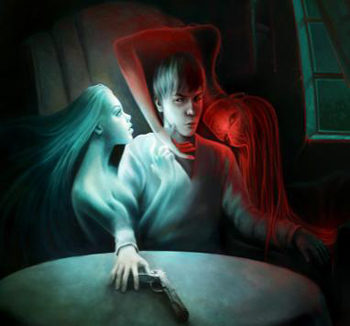 “John 10:10 says the devil came to kill, steal and destroy, but Jesus came that we might have life and have it more abundantly,” said Hairgrove, a graduate of Christ for the Nations in Dallas, Texas.

The day of fasting and evening of prayer at Vintage City Church, which mourned the fifth-grade boy over a year ago, was the second round in the battle against suicide organized by a youth pastor in northern Colorado.

Isaiah Hupp, a middle school pastor in Loveland, organized the first suicide awareness program in January after conducting a painful funeral ceremony for family and friends of a victim.

The two pastors keep spiritual watch over young people, primarily, in Larimer County, where the suicide rate is 25 per 100,000 people, surpassing the state average of 19.5.

Supporting the pastors in the battle, intercessors and revivalists who travel to churches, businesses and homes to pray turned out once again on Sunday to wage warfare against suicide which, they believe, is primarily a spiritual issue.

According to a CDC report, increases in suicide rates occurred for both males and females in all but the oldest age group (75 and over). Through 2014, the percent increases in rates were greatest for females aged 10-14 and for males aged 45-64.

Wyoming is the perennial leader in suicide across the nation.

Suicide – even among Christians – is prevalent in the Rocky Mountain region where other pastors have organized similar fasting and prayer events against it.

In Colorado Springs, a pastor of one of the region’s largest churches called for seven days of fasting and prayer in March after the 23rd teen in 14 months committed suicide. Specifically, he issued a national call to pray for teens struggling with mental health issues wherever they may be.

The National Director of Desperation Ministries, David Martin, made his broad appeal to fast and pray after speaking to thousands of people mourning the suicide-death of a well-adjusted, 16-year-old student athlete from Colorado Springs.

A pastor at 10,000-member New Life Church, Martin fasted and prayed himself, 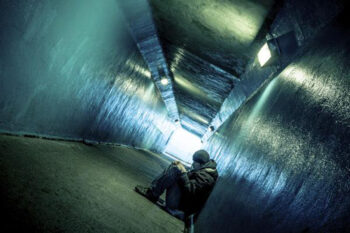 remembering the young man, his family and friends, and teens considering considering suicide.

“Well, for me, this was something I had to do personally,” Martin said. “I welcomed anyone to join me in fasting and praying in the (Colorado) Springs or not.

“It wound up being a miniature movement of prayer and fasting, people everywhere coming together and saying, ‘We stand with you.’ “

Desperation Student Ministries then invited an expert in suicide-prevention to speak to youth on the topic at New Life Church, the largest church in Colorado Springs and among the biggest in the Rocky Mountain region.

In Grand Junction, pastors issued prayer calls in December 2016 and again last month after the seventh teen suicide in a six-month period.

“It’s time for us to realize the deadly despair that is seeded in young people’s hearts when they are told there is no God and, therefore, no hope,” said David Hale, pastor of Spirit of Life Christian Fellowship, of his and other pastors’ calls to pray on site at three public and one Christian high schools.

As great as suicide rates are in the four-state region so are mental health issues in Grand Junction.

A psychology major at Colorado Mesa University and a Christian young adult leader, Kristina Smith estimates that 30 percent of the population in Grand Junction struggles with some type of mental health condition, a figure that’s double the national average of 15 percent.

When her Vineyard pastor, Kirk Yamaguchi and his wife, led the charge to pray at schools, Smith chose the one with the most suicides, Grand Junction High, where some of the church youth group girls she leads attends classes.

On Grand Junction High School grounds, Smith joined a small group of intercessors including her mother, the wife of an Anglican priest in the Denver-metro area.

After praying for students to be infused with hope and a supernatural revelation of God’s love for each person, Smith felt a dark presence following her as the small group began to leave the school property.

Recognizing her daughter’s spiritual perception, Heather-Beth Smith and other prayer warriors in the group commanded the darkness to leave Kristina and the school permanently.

The 10 girls who prayed with Smith – a Vineyard small-group leader – tell her they’re meeting regularly for prayer on and off Grand Junction High School property, which isn’t something they were prone to do previously.

Even one suicide anywhere is too many, according to Brad Tuttle, leader of the Spiritual Warfare Attack Team (SWAT).

When he read the appeal to fast and pray by New Life’s Martin, Tuttle began two days of intercession without food. During that time, the Holy Spirit spoke to him about repentance, believers’ identities in Christ and Christians’ roles as guardians of the land.

With the intercessors he leads, Tuttle commanded in Jesus’ name that the stronghold of suicide leave northern Colorado at the fasting and prayer event Sunday night.

And he’s been encouraging intercessors elsewhere to do the same, sending emails and insights given him by the Holy Spirit.

“This is our region,” said Tuttle, who founded SWAT and sister group Northern Colorado Revivalists (NOCO Revivalists). The two ministries work alongside churches and pastors through intercessory prayer and spiritual warfare on their behalf. Additionally, they pray at businesses and in homes when invited.

“We have been assigned to be keepers and guardians of the land,” said Tuttle, whose motivation to do battle against a stronghold of suicide over northern Colorado is spurred by memories of his brother’s 1984 death by suicide in Kansas, and the shocking 83 suicides in the county where he resides.

Recently, Tuttle was moved by another Kansan, this one a 15-year-old boy, who shot himself to death after his mother complained about his report card only months ago.

“Suicide is a fruit – a fruit of wickedness,” says Tuttle, a licensed real estate broker who also intercedes, speaks and writes on spiritual warfare and intercessory prayer.

He believes suicide is a form of rebellion that – like other sinful behaviors – is dealt with through confession and repentance, doctrines pastors should teach more about.

Tuttle and another intercessor closer to Colorado Springs agreed that rebellion has deep roots in Colorado.

The state was the first to allow abortion after the Supreme Court Roe v. Wade ruling that guarantees a constitutional right to one. It is one of only a few states where late-term abortions are allowed.

Colorado legalized marijuana use before others states followed.

And Colorado – along with Alaska – were the last two states to require real estate lenders (mortgage brokers, bankers and bank loan officers) to be licensed, Tuttle said.

Another intercessor whose name is widely known in Colorado said the state also holds the dubious honor of being the birthplace of the jihad movement.

A militant Islamic student at what is now the University of Northern Colorado in Greeley was incensed by images of men and women dancing and projecting romantic messages in the 1940s. He reportedly returned to his predominantly Islamic country to advocate for sharia law and hatred of the West.

The intercessor, who wishes to remain anonymous, also points to strongholds of Buddhism and Hinduism, which glorify death, as spiritual influences driving suicide in Colorado.

Testimonies from people who have attempted suicide and professionals who counsel on the topic were on hand at the fasting and prayer night, offering their beliefs that sometimes there are non-spiritual causes for suicidal tendencies.

In an ironic twist, the church where Isaiah Hupp is a youth pastor, Rez.Church, is one that’s been impacted negatively and positively by suicide.

The church holds a video testimony from a woman who battled suicide most of her adult years until she moved to Colorado from California.

After visiting the church a couple times, Karen Archibald was immediately and permanently delivered from a spirit of suicide after a word of knowledge and hands-on prayer at a women’s event.

“I still talk to youth about suicide whenever the opportunity arises,” said Archibald from her home in California, where she returned with husband Duane.

Two of their three daughters who witnessed their mother’s scary battle with suicide still reside in Colorado.

News of suicides in northern Colorado, Grand Junction and the Springs sadden Archibald, but she believes the power of God is greater than the seeds of death and destruction sown by the enemy of souls. — ASSIST News

Click here https://vimeo.com/23488281 for a video testimony of deliverance from a spirit of suicide that begins at the 14-minute mark.

Steve Rees is a freelance Christian journalist who writes in his spare time. His home is in Longmont, Colorado, affording him a majestic view of the Rocky Mountains.