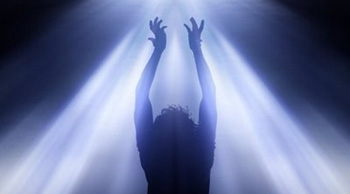 Two pastors conducting a Bible study for new believers in an underground Middle East church were beaten, arrested by police, and taken to a secret jail. But after Jesus appeared to an official at the prison, their situation changed dramatically.

“Police brought us to the religious (Shariah) court,” Pastor Irshad* told Bibles4Mideast. “We were accused of blasphemy charges against the prophet, as well as misguiding Muslims into a false religion. The court ordered we be imprisoned, and we were taken to a secret jail run by secret police.”

During the first few days in prison they received harsh treatment. “The jail wardens brutally beat and persecuted us,” Pastor Irshad recounted. “They tied our hands up through the hole of a steel bar which forced us into a bent position while they beat us.”

They received one meal a day, ‘Kubboos,’ a local bread. “We never thought we’d ever get out alive,” Pastor Irshad noted.

After the first two months, they became discouraged and cried out to the Lord: “Where are You? Why won’t You come and save us?”

They prayed, “If we have done any sin and iniquities, forgive us and purify us by your precious blood and save us from this situation.”

The pastors repeated continuously, “THE BLOOD OF JESUS IS OUR VICTORY!

As they meditated on the sufferings of Jesus, they found a measure of comfort and peace.

Three days after their heartfelt cry to the Lord for help, a top-ranking officer of the jails visited them. “A tall, stout official, he asked the wardens to untie our hands. But we were unable to stand erect.”

The official ordered the guards to give them larger servings of food, and then disappeared into his office.

“We were sure our lives were about to end, and that his seemingly kind treatment was only a prelude to that,” the pastor noted.

Then they were surprised when the officer returned alone that night, entered their cell, and sat down on the floor beside them. Then he did something even more surprising – he asked them to pray for him!

“We looked at him with apprehension and fear,” Pastor Irshad said.

The officer explained he had a powerful dream about Jesus Christ. He saw Jesus seated on a throne with an amazing orb of light rotating around Him. Millions of angels obeyed his orders. Large and small stars surrounded the orb.

In the dream, Jesus raised his hands and showed the jailer his nail-scarred hands. The following two nights he had the same dream. He began to think more and more about Jesus, and searched the Internet for more information.

After three days, he had yet another dream. Jesus appeared before him and said, “My children are being tortured in your jail. I leave them before you. My children are the apple of my eyes.”

So the official quickly cancelled his other plans and rushed to the jail. For three days he stayed in the official residence of the prison, but spent most of his time with the pastors—praying, and learning more about Jesus and the Bible.

Finally, he was cut to the heart and accepted Jesus as his personal Savior and Lord! 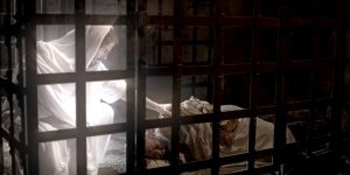 Whenever the official visited the cell, he would ask the guards to leave them alone.

“From then on they treated us well, apologizing for all they had done to us earlier,” Pastor Irshad reported. “During this time, the officer also prepared and submitted our release papers before the court. While the court initially rejected them, he continued to strongly argue our case and within two days we were discharged.”

“The official took us from the jail to his cottage, where we feasted and prayed together. As our prayers finished, he asked that we baptize him.”

“If you fully believe Jesus Christ, we can,” they told him.

“I believe in Jesus Christ who was crucified and died for me on the cross of Calvary and rose from the dead,” he answered. “I believe in him as my Savior and Lord with my whole heart and soul!” So the jailer was baptized, along with the two new believers involved in the initial arrest.

Before the official parted with them, he offered a warning. “Continue your great work for the Lord,” he said. “But you must be careful to keep all you do in ministry very, very secret. The ruling authorities, religious authorities, courts and police will not accept you and your works. But the Kingdom of God is near and we have an amazing eternity. So keep up your efforts.”

“OUR LORD JESUS CHRIST IS WORTHY TO BE PRAISED. ALL GLORY AND HONOUR TO HIM FOREVER AND EVER ! AMEN !! HALLELUIAH !!!”

If you would like to have a personal relationship with God through Jesus, go here