After ISIS captured his city in Syria, one man thought life would be good, living in their self-proclaimed caliphate. But when he witnessed the mistreatment of female captives as sex slaves, he became disillusioned and fled.

“When they (ISIS) first came, things were very good,” Nizar* told the International Center for the Study of Violent Extremism.  “It really felt like Islam. We started going to the mosque. A sheikh would give lessons in the Qur’an.”

The sheikh taught him ISIS was in the right and there would be no injustice. Nizar and his wife thought they could go on with normal life. 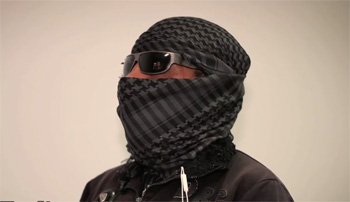 He became a guard at the detention center for the “hisbah,” or religious police. Every day as many as 100 men were brought in for various infractions of sharia law, such as smoking or having a wife that lacked the proper covering.

“They were imprisoned, whipped and beaten. After two or three days they were released,” he noted.

There were also 475 women captives at the facility, including Yazidis and Iraqis — some the wives of Iraqi army soldiers.

“When I walked down the corridor, I was shocked looking at all these women,” Nizar recounted. “Some of the Yazidi girls would cry.”

“Why are you crying?” he called out.

“We have been separated from our children,” they replied. Some were young mothers who had their infants and toddlers stripped from them.

“Is this your Islam?” they asked him.

Nizar walked away downcast and resumed his post, guarding the door.

When foreign fighters received news that new female captives had arrived, Nizar could hear them cheering

“So the prison warden would bring 10 foreign fighters at a time because they could not be brought in all at once. We would guard the doors and they would go in and choose a captive woman.”

The ISIS fighters would grab their new sex slaves and leave. This went on for three days, each young woman being treated like chattel property, forced into marriages with strangers, against their will.

The female prisoners were certain they would be executed if they did not go, Nizar noted. The women resigned themselves to be sexually abused rather than killed.

Nizar recalled one young woman huddled in the corner with her head down, tears in her eyes. He could tell she had not been sleeping properly.

One day a Sudanese foreign fighter picked a 15-year-old girl and raped her in the cell. “She started bleeding badly. An ambulance came to take her. The girl had internal bleeding and died from the injuries,” Nizar said.

He was warned not to speak about the incident. “Captives are captives,” he was told. “Do as you please with them.”

Nizar began to have nightmares about what he was witnessing. “That’s when I started thinking I should leave. The next week, I requested a three-day break to go home and rest.”

Symptoms resembling PTSD began to take root in his troubled soul. “I felt tired and uncomfortable. I lost my appetite. I 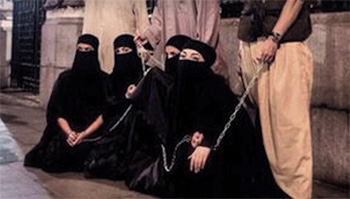 thought of them as my sisters.”

He finally broke down and told his wife and sisters about everything he was witnessing.

“We have to escape to Turkey as soon as possible,” they said. “If something happens to you, then the same thing would happen to us.”

Sadly, the nightmares will not go away. “Every so often I dream that they are pulling my hair by the scalp and about to slit my throat.” Then he wakes up abruptly. 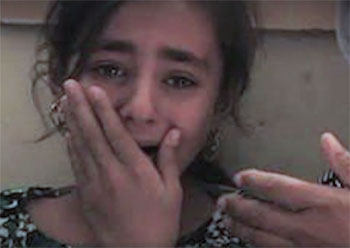 The memories continue to stay in his mind. “I try not to think about it,” he said. “It’ll drive me crazy.”

“I advise all Arab men not to come to Syria. Those who wish to come to ad-Dawlah should think about the rape and killing of the poor…and the oppression. If you think about leaving, they will kill you.

“Once you get in the sand, it will turn into quicksand – as soon as you’re in it, you drown.”

For more about the The International Center for the Study of Violent Extremism, go here: www.icsve.org

Muslim prophecies and the significance of the ‘K’ in ISIS-K