At this year’s Super Bowl halftime show, Lady Gaga avoided major political controversies, but also made a powerful cultural statement by singing her megahit “Born This Way,” which implies that homosexuality is genetically fixed at birth and can not be changed.

However, at least eight major studies of identical twins in Australia, the U.S., and Scandinavia during the last several decades all arrive at the same conclusion: gays were not born that way.

“At best genetics is a minor factor,” says Dr. Neil Whitehead, PhD. Whitehead has worked for the New Zealand government as a scientific researcher for 24 years, as well as the U.N. and International Atomic Energy Agency. His PhD is in biochemistry and statistics. 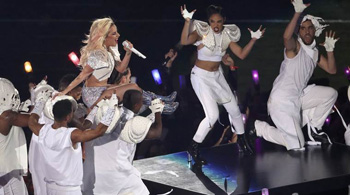 Because they have identical DNA, if Lady Gaga is correct, the incidence ought to be 100%, according to Dr. Whitehead. But the studies reveal something else. “If an identical twin has same-sex attraction the chances the co-twin has it are only about 11% for men and 14% for women.”

That didn’t stop Lady Gaga – dressed in a silvery bodysuit – from belting out her potent lyrical message: “No matter gay, straight, or bi/Lesbian, transgendered life/I’m on the right track baby/I was born to survive.”

It is most likely the first time the word “transgendered” had been included in a Super Bowl halftime performance.

“She is on a mission to change the world,” says Walt Mueller, the founder of the Center for Parent/Youth Understanding (CPYU). Gaga’s song, “Born This Way,” reached the number one spot in 19 countries.

“She is trumpeting an agenda, a philosophy of life, an understanding of sexuality that is significant in terms of the 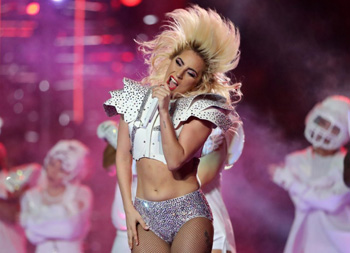 impact it will have on the way people think,” he notes. “Her agenda is she wants equal rights for everybody. She believes that all sexual lifestyles are legitimate, and there’s nothing wrong with various sexual tendencies or desires.”

Dr. Whitehead believes same-sex attraction (SSA) is caused by “non-shared factors,” things happening to one identical twin but not the other, or a personal response to an event by one of the twins and not the other.

For example, one twin might have exposure to pornography or sexual abuse, but not the other. One twin may interpret and respond to their family or classroom environment differently than the other. “These individual and idiosyncratic responses to random events and to common environmental factors predominate,” he says.

The first very large, reliable study of identical twins was conducted in Australia in 1991, followed by a large U.S. study about 1997. Then Australia and the U.S. conducted more twin studies in 2000, followed by several studies in Scandinavia, according to Dr. Whitehead.

“Twin registers are the foundation of modern twin studies. They are now very large, and exist in many countries. A gigantic European twin register with a projected 600,000 members is being organized, but one of the largest in use is in Australia, with more than 25,000 twins on the books.”

A significant twin study among adolescents shows an even weaker genetic correlation. In 2002 Bearman and Brueckner studied tens of thousands of adolescent students in the U.S. The same-sex attraction concordance between identical twins was only 7.7% for males and 5.3% for females—lower than the 11% and 14% in the Australian study by Bailey et al conducted in 2000.

In the identical twin studies, Dr. Whitehead has been struck by how fluid and changeable sexual identity can be.

“Sexual orientation is not set in concrete,” he notes.

Even more remarkable, most of the changes occur without counseling or therapy. “These changes are not therapeutically induced, but happen ‘naturally’ in life, some very quickly,” Dr. Whitehead observes. “Most changes in sexual orientation are towards exclusive heterosexuality.”

Numbers of people who have changed towards exclusive heterosexuality are greater than current numbers of bisexuals and homosexuals combined. In other words, ex-gays outnumber actual gays.

The fluidity is even more pronounced among adolescents, as Bearman and Brueckner’s study demonstrated. “They found that from 16 to 17-years-old, if a person had a romantic attraction to the same sex, almost all had switched one year later.”

“The authors were pro-gay and they commented that the only stability was among the heterosexuals, who stayed the same year after year. Adolescents are a special case—generally changing their attractions from year to year.”

Even though same-sex attraction is not genetic, Dr. Whitehead disagrees with those who contend that homosexuals “choose” their orientation. “There can be little informed, responsible choice involved if first attraction is about age 10,” he notes. “At that age no-one chooses lifetime sexual orientation or lifestyle in any usual sense. SSA is discovered to exist in oneself rather than chosen.”

Dr. Neil Whitehead is author of the book “My Genes Made Me Do It” – a scientific look at sexual orientation. He has also published 140 scientific papers. The book is available as a free download.