Reginald “Fieldy” Arvizu sought to shield himself from any and all pain after his parents divorced.

“I was like, this is not going to hurt me,” he said. “That’s what I told my dad, ‘I’m moving in with you. Let’s get a keg, and let’s throw a party and make music.’ And I put a wall up to not feel the emotions. That’s when it became full-on drinking and a way that nobody’s going to hurt me. From that moment on, I never had a sober day.”

He became an accomplished bassist and rose to stardom with the nu rock sensation group Korn that sold out arenas. 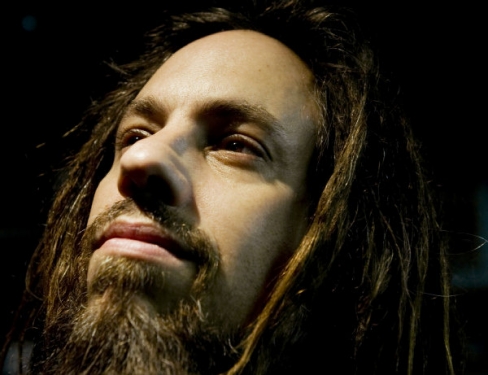 He cycled through two marriages riddled by infidelities. He used speed to stay thin for the glam metal look which required a stick-thin physique for tight pants. More than once his wild partying landed him in jail.

“I had my nights of being in hotel rooms and destroying them by myself, crying because I’d wake up in the morning feeling so bad from partying. I’d be shaking,” said Arvizu, who’s known by the stage name “Fieldy.”

“I’d wake up and throw up in the morning. I’m like, ‘Man, I can’t handle this.’ So I would just take some Xanax or Adavan and let that kick in and I’d just be wasted again. It’d bring you so down, then smoke weed after that. Then night would come, and I could start drinking.”

The nu metal bassist wasn’t very kind to women in his effort to build walls around his heart.

“I would bash on them, say women are just sluts, no good. I was really mean to women to where I could make almost any woman cry, any time,” he admitted. “I guess that’s what I did to keep from getting hurt.” 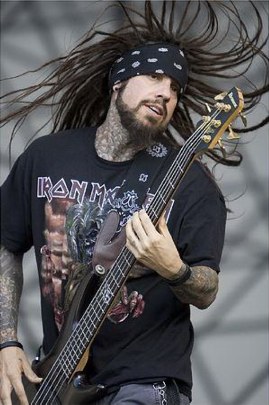 He fully accepts the responsibility for his first divorce due to his incessant cheating that drove his wife berserk, according to Contact Music.

“She ran into the kitchen, grabbed a butcher knife, and came toward me like a crazed animal, wildly swinging at me. She cut open my shirt and made four shallow gashes in my chest,” Arvizu confessed. “I didn’t know you had to have morals to be married. I wanted the cake, the icing, the lit candles, everything. But whenever you sit down to eat the whole cake, you always pay the price.”

By the year 2012, the Bakersfield-based band Korn had sold around 35 million copies worldwide, and 12 of the band’s official releases have peaked in the top ten of the Billboard 200, according to Wikipedia. Korn has earned two Grammy Awards out of seven nominations.

Ultimately, the fame, the drugs, the partying lifestyle left him hollow. They proved to be a futile defense mechanism against the existentialist pain of humanity.

Things came to a head when his dad was fighting terminal cancer. With virtually unlimited finances, Arvizu got the best doctors to fight the ravaging disease, but in the end their best efforts were ineffectual. Just days before dying, his father accepted Jesus into his heart and expressed his ultimate wish that his son would do likewise.

At the same time, Arvizu’s latest girlfriend, Dena, had accepted Jesus and was prodding the rock star to realize God had something better to offer than what the world gave. He relented and prayed the sinner’s prayer with her but without much sincerity.

“I just did it because everyone was freaking out,” he said. “It didn’t mean much. I was so out of my mind at the moment. I came back to the house, and that’s when I went through a deep dark moment. I just started thinking about everything — from what I’m doing to myself, to his death, to what I’m leaving behind. I don’t know. I couldn’t take it anymore.”

A short time later he prayed a “sincere” prayer that changed his life for good.

“I had chills throughout my whole body, almost like a coldness,” Arvizu recalled. “I was crying. I tell a lot of people that you can do the prayer with your brain, but that’s not going to do anything. You have to do it with your heart. When I accepted Christ, now I’m like, ‘Okay, I’m going to pray for some of these things that I’m a slave to.’ It went in steps. So that I was set free with no withdrawals. No craving. I stopped everything from weed to the pills. I just stopped.”

Fieldy embarked on a year apologizing to everyone he’d hurt. The hardest apology was to Dena because there were infidelities that she knew nothing about.

“I was going to be heartbroken if she left me.” Arvizu confessed. “I was like, ‘I’ve really got to take a chance here of her leaving me after I tell her I’ve been cheating on her.’ I took the chance.”

Although she was furious and heartbroken, she forgave him – and the two married and started a family a short time later.

Following his turn-around, Arvizu decided to remain a member of Korn, for what he believes is a good reason. “There’s just so much power of being used in Korn,” he said. “I can reach so many people.” 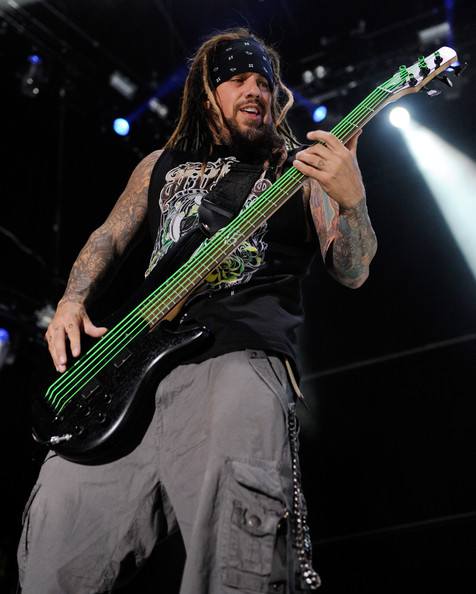 His memoir, Got The Life: My Journey of Addiction, Faith, Recovery and Korn was published in 2009.

“People think, ‘I’m not good enough to have the Lord come into my life,’” he said. “People have got to know all you’ve got to do is know what Jesus did for you. He died for your sins, died on the cross and came back three days later. If you ask Him into your heart, it’s for life. He’s going to be with you forever.”