Vanity lay agonizing in a hospital bed in 1994 with only three days left to live. With her kidneys shutting down after a crack cocaine overdose, Prince’s ex was at the end of her musical career and wild living when Jesus showed up in a vision and told her that if she “killed” her lingerie-donning stage persona and become a Christian, she would live.

“My blood pressure was 250 over 190. I lost both kidneys,” Vanity told Jet. “I had internal bleeding with blood clots on the brain. I was completely blind and deaf. I had a heart attack and a stroke.”

So Vanity died, and Denise Matthews lived. Denise executed a radical 180-degree turnaround in her life, going from church to church to share her testimony. She pushed Jesus even harder than she had promoted sexuality, an image cultivated by the “Purple Rain” megastar. “When I came to the Lord Jesus Christ, I threw out about 1,000 tapes of mine — interview, every tape, every video,” she said. “Everything.”

A year ago on Feb. 15, Denise went to her eternal reward after two decades of kingdom service.

Denise was born on the Canadian side of Niagara Falls. Her mother abandoned the household, and her dad was abusive. Because of the hurts in her childhood, she hurtled into a hedonistic lifestyle that offered only temporary relief from the internal pain.

She immigrated to America to pursue a career in modeling and music in New York, where she hooked up with “Superfreak” funk legend Rick James, according to the Daily Beast. In 1980, she met Prince at the American Music Awards, and joined his entourage. Prince re-christened her as “Vanity” and set her up from the start in the sultry girl group Vanity 6 which burst on the music scene with “Nasty Girl.” Prince urged her to flaunt her sexuality, she said.

“Prince created the whole Vanity 6 image. It bothered me at the time. I lied and said it was the image I wanted. I did it because he told me I had to do it,” she said. “If I didn’t do it, I wouldn’t get paid. I got into it. I wanted the old Diana Ross image.”

Behind the headlong rush into sin there was a little girl still hurting from the abuse of her father and neglect of her mother.

“I always put on a show. I’m a mighty fine actress when it comes to that. I would wear a smile on the outside and come back and cry inside,” Denise said. “I would truly hate what I was doing, but I was all caught up in it. It’s like someone caught up in a lie who wants to tell the truth. You put this big façade up and you don’t want to give anyone the idea that you’re weak. I finally let it go and gave it to God. I said, ‘I am nobody. I need somebody. Please help me.’”

Along with the promiscuity came drugs. Denise became highly addicted to smoking crack cocaine. When she parted ways with Prince and Vanity 6, she signed for Motown Records as a solo artist and released two underperforming albums Wild Animal and Skin on Skin. She tried to jump-start an acting career with roles in the movies “The Last Dragon,” “Never Too Young to Die,” “Action Jackson” and “52 Pick-Up.”

Then Denise met and got engaged in 1987 to Motley Crue bassist Nikki Sixx, who was also addicted to drugs. The couple abused drugs for entire nights and enabled each other’s habit. Sixx overdosed and nearly died the year he got engaged. “I can’t believe I did freebase with Vanity all night,” Sixx wrote in his drug memoir The Heroin Diaries: A Year in the Life of a Shattered Rock Star. “I threw her out at about 8 a.m. She was getting crazy.” 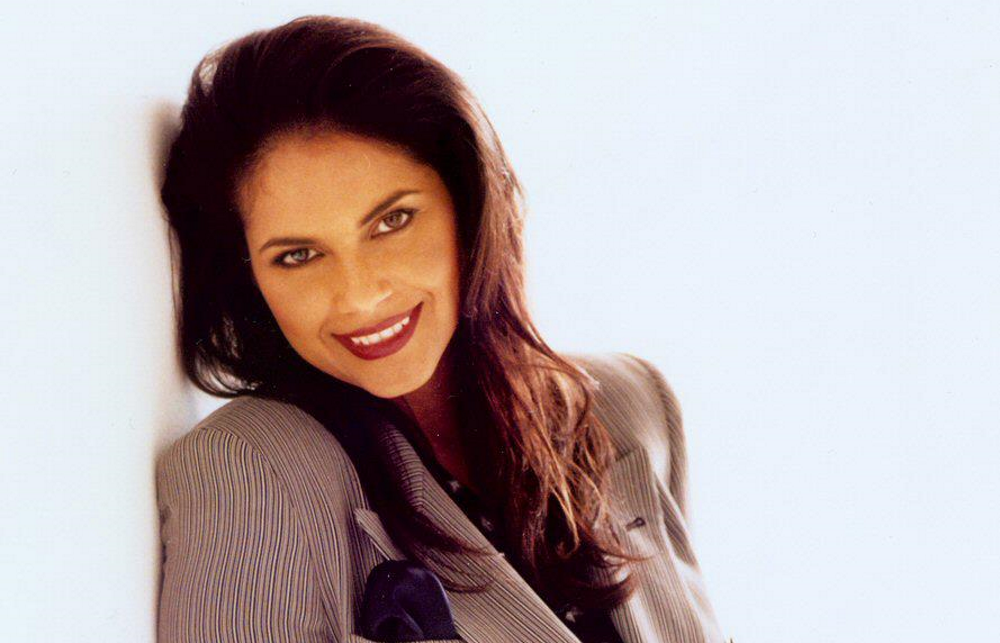 Then in 1994, Denise had her own brush with death and met Jesus.

“It was drugs, rock ‘n’ roll, that whole sexual thing. Vanity was praying to die because she was lost and hurting inside. God said you have to go through darkness until you find His light,” she said. “Torture was going on in my life and led me to the Lord. For 33 years, I was walking dead. I masked myself in clothes, makeup, anything.”

The fame and the “fun” were all futile attempts to cope with the lack of love in her life. On the outside she exuded delight in the reckless abandon, but on the inside she suffered from the pangs of conscience for the evil she was committing.

“I was extremely wild. I found out that if you are not walking with God, the Devil will possess you. I prayed that God would take me because I was afraid of what would happen to my body,” Denise said.

“Demons were coming into my bed and sleeping in my bed. Those things will happen if you’re carrying on like I did. I have a strong love for Jesus Christ. He delivered me from anguish, death and sin. I get excited by God. No man shall enter the Kingdom of God unless he is born again.” 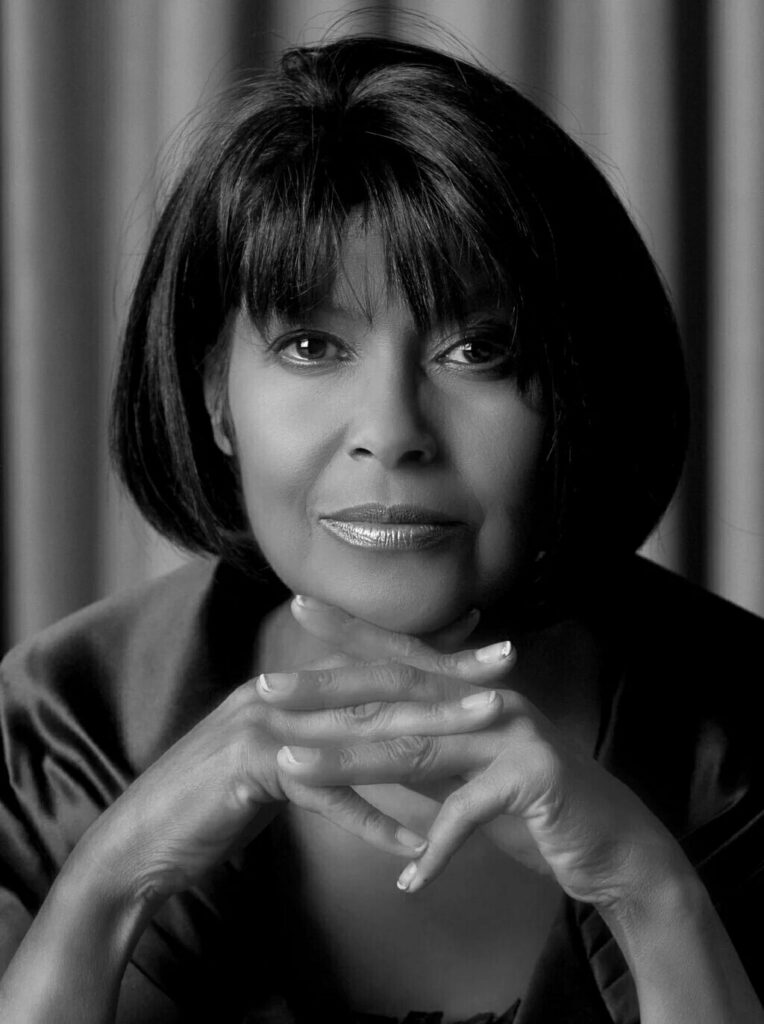 So that is how Denise changed her deathbed to a birthing bed. Jesus appeared to her in a vision and offered her life if she would let “Vanity” die. Denise re-assumed her the name given by her parents. Her transformation was so thorough  that she even refused the royalties coming from her entertainment career.

Denise met and married the L.A. Rams player Anthony Smith the following year, but he didn’t share her growing zeal for the Lord.

“If I don’t watch out she will even hand out the furniture in our house,” Smith complained. “She is constantly giving out her number and offering meals and showers to people.”

Two years later, the couple divorced. Smith was subsequently arrested, tried and convicted for the double-murder of brothers Ricky and Kevin Nettles in 1999 and the 2001 death of Dennis Henderson. He is serving three life sentences in prison.

Denise, on the other hand, kept growing in her Christian faith. She wrote and spoke, sharing her testimony tirelessly, in attempt to rescue other suffering young women from the deception of the devil.

“When I was Vanity, it was all about being sexy, getting slimmer, and getting cuter,” she said. “Things have changed. Now it’s not the outward appearance, it’s the inward man that I’m trying to change. And that’s the message I bring to the people.”

She received a kidney transplant in 1997 and wrote an autobiography, Blame It On Vanity: Hollywood, Hell and Heaven, in 2010.

Ultimately, the damage to her kidneys claimed her life. In 2015, she checked into a hospital in Fremont, California, for health complications related to the kidneys. At age 57, she slipped into eternity.

Prince eulogized the love he once shared with his protégé, but that love was superseded by the love of the Lord.

Christian friend MC Hammer tweeted on the announcement of her death. “Today my friend & Sister Denise Katrina Matthews aka #Vanity passed away. She absolutely loved GOD unto salvation. Rest in his Glory.”

Kayla Armstrong is a student at the Lighthouse Christian Academy in Santa Monica.