Apollo 17 Astronaut Eugene Cernan – the last man to walk on the surface of the moon – left the earth’s gravitational pull once more as his soul jettisoned into eternity. He was 82.

Cernan died Monday in a Houston hospital surrounded by family members as a result of “ongoing health issues,” according to a statement by his family posted on NASA’s website.

On his last mission to the moon in December 1972 he said he felt like he was looking back at the earth from “God’s front porch,” saying the experience convinced him of the existence of a Creator. 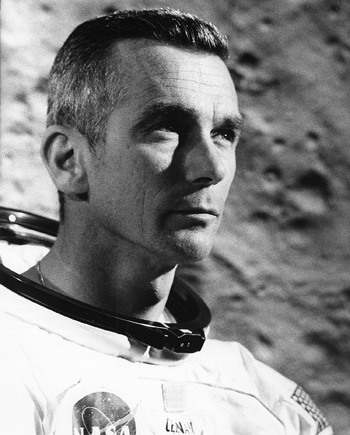 On that mission, Cernan and Harrison Schmitt, a scientist, steered their lunar rover through a valley where they managed to collect 294 pounds of rock and soil samples, the largest quantity astronauts would ever retrieve.

Cernan accidentally tore off one of the rover’s fenders with a rock hammer that protruded from his pocket. Cernan recognized it had to be fixed, and improvised a creative solution using geology maps and duct tape.

At the end of the mission, Cernan wrote his daughter Tracy’s initials in the lunar dust and clambered aboard the Challenger module – becoming the last man to stand on the moon. “As we leave the moon at Taurus-Littrow, we leave as we came and, God willing, as we shall return, with peace and hope for all mankind,” he said.

No one has ever returned, a fact that Cernan bemoaned.

Astronaut Cernan logged some 566 hours and 15 minutes in space, and more than 73 hours were spent on the moon’s surface.

In a 2007 NASA Oral History Project interview, Cernan stated that standing on the moon left him with a profound

revelation of the existence of God.

“Science and technology got me there, but when I got there and I looked back home at the Earth, science and technology could not explain what I was seeing nor what I was feeling,” he said. “You look at the Earth, and it very majestically yet mysteriously rotates on an axis you can’t see but must be there. There are no strings holding it up. It moves with purpose. It moves with logic.”

The design and fine-tuning of the universe seemed to carry God’s fingerprints, he noted.

“There was too much purpose, too much logic,” Cernan continued. “Science and technology could not give me the answers I was looking for, and I came home with a conclusion that it’s just too beautiful to have happened by accident. There must be something you and I, all of us don’t fully understand about the creation of the universe, about the miracle of life itself.”

“Looking at the Earth in all its wonder, in all its splendor — it’s all dynamics; it’s alive,” he said. “It’s not tumbling through space. It’s not moving aimlessly. It’s moving with logic and purpose. It’s too beautiful to have happened by accident. What I’m saying is there is a creator of the universe. There’s a God.”

“The Earth doesn’t tumble through space; it moves with logic and certainty and with beauty beyond comprehension,” he said. “It’s just too beautiful to have happened by accident. There has to be somebody bigger than you and me that put it all together. There’s no question in my mind that there’s a Creator of the universe. There’s a God up there. Someone—some being, some power—placed our little world, our sun and our moon where they are in the dark void.

“The scheme defies any attempt at logic; it’s just too perfect and beautiful. I can’t tell you how or why it exists in this special way, but I know, because I’ve been out there and I’ve seen the endlessness of space and time with my own eyes.”

Although Cernan was raised Catholic, he didn’t tie his conclusions to any one religion.

He admitted he is not “an incredibly religious person,” and that his statements were not of a religious nature, but of a spiritual nature.

“Religion is manmade,” he said. “The Creator I’m talking about stands above all those religions. I believe you can address that Creator in any way you want.”

Related: Encounter with Jesus on the moon left astronaut changed

The first communion — on the surface of the moon 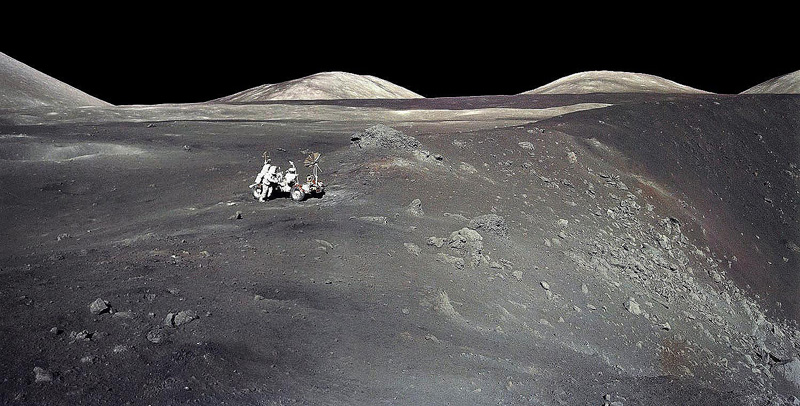