Students in the West Bank city of Tulkarem will be reminded every day that killing Jews is heroic when they attend the Martyr Salah Khalaf School, named after the founder of the Black September terror organization.

Khalaf, also known as Abu Iyad, is the alleged mastermind of the murder of 11 Israelis at the 1972 Munich Olympics and the murder of two American diplomats in Sudan the following year, according to Palestinian Media Watch (PMW).

The Palestinian Authority laid the cornerstone for the new school a few weeks ago, with a spokesperson saying it would “commemorate the memory of this great national fighter.”

This is the fourth time the Palestinian Authority has chosen to name a school after Khalaf, one of 25 schools named after terrorists, according to PMW.

Khalaf was deputy chief and head of intelligence for the Palestine Liberation Organization (PLO), and the second most senior official of Fatah after Yasser Arafat.

He was born in Jaffa in 1933. His father ran a grocery store and half his customers were Jewish. One of his uncles was married to a Jew.

His first feelings of hatred towards Jews began when he was mocked by Jewish boys who smashed his bicycle. An accusation was made that he knifed Jews in response to the bike incident. He was arrested at 11-years-old by British police, beaten, and sentenced to a year of house arrest, according to Elizabeth Thompson’s book Justice Interrupted.

Khalaf moved to Cairo as a college student in the early 1950s, and the following year became a member of the Muslim Brotherhood.

He met Yasser Arafat in Cairo at a meeting of Palestinian students at the university. He became one of the founding members of Fatah, and later, the Black September organization.

After Arafat accused him of being weak, Khalaf overcompensated and became one of the foremost advocates 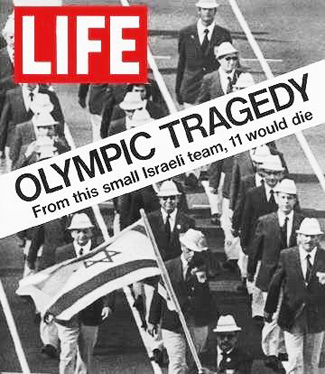 for the terror campaigns conducted by PLO fighters during the early 1970s – including the Munich Olympics murders.

Khalaf was described as someone who would pass unnoticed in a crowd, despite being at the top of Israel’s most wanted list.

Members of Fatah who thought Arafat might be compromising with Israel formed the Abu Nidal organization in 1974. With Saddam Hussein’s blessing, they operated out of Iraq, and launched many vicious terror attacks.

Khalaf initially sided with Abu Nidal, but apparently had a change of heart. He was later accused of helping the CIA to break up Abu Nidal.

After the split with Nidal, he was given refuge in Tunis by the PLO. While there, a Palestinian guard (planted by Abu Nidal) shot and killed him in 1991. While some consider Abu Nidal most responsible for Khalaf murder, others believe the order came directly from Saddam Hussein, according to Wikipedia.

PMW sent a letter of protest to the European Union about the naming of the school after Khalaf. This is the text of the letter:

I am writing with regard to the Palestinian Authority (PA) Ministry of Education’s decision to name a new school after the terrorist Salah Khalaf, head of the Black September terror organization. [See attached article, official PA daily Al-Hayat Al-Jadida, Sept. 24, 2016]

Attacks Khalaf masterminded include the murder of 11 Israeli athletes at the Munich Olympics in 1972 and the murder of 2 American diplomats in Sudan in 1973. Palestinian Media Watch has documented that this is the fourth school the Palestinian Authority has decided to name after this particular terrorist, among the 25 schools it has named after terrorists in total.

The EU must be made aware that the PA Ministry of Education is investing yet more money into terror glorification for children, since the EU funds Palestinian Authority education.

Were the EU to condition its funding for the PA Ministry of Education and salaries to PA teachers on renaming the Salah Khalaf School, it would be a major step in the direction of peace.

In your response regarding PMW’s report The PA’s Billion Dollar Fraud, [Apr. 28, 2016] (documenting the Palestinian Authority’s payments of salaries to Palestinian terrorist prisoners), you wrote that the EU is not responsible for the PA salaries to terrorists in prison because it does not fund the PA’s general budget; rather, you wrote that the EU funds the PA’s education and health services.

Although the PA will argue that EU money was not specifically used for building this particular school, the EU’s donor status does entitle great leverage with the PA regarding their educational practices. Today the EU has a valuable opportunity to promote peace by demanding that the PA change the name of the new Salah Khalaf School, and from here on end its practice of naming schools after terrorists.

It is undeniable that presenting terrorist murderers of Israeli civilians as role models for Palestinian children is a most damaging educational message. Please let me know what actions the EU will be taking to prevent this manner of terror glorification in Palestinian education.

The report from the Palestinian media on the building on the school follows below. 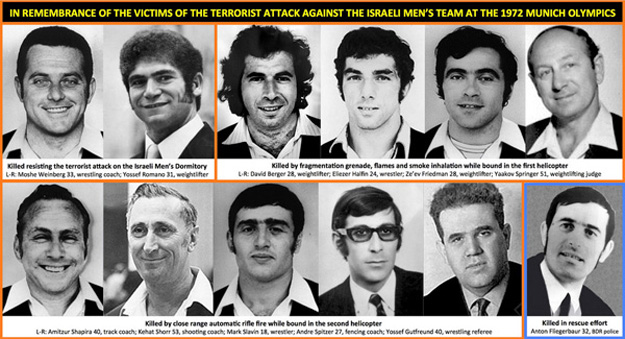