As I was sitting in section five of the Kiva Auditorium in Albuquerque, New Mexico watching Bob Dylan perform — a few concerts after the announcement that he had won the Nobel Prize in literature — I couldn’t help but scratch my head. Not because the concert was bad. It wasn’t.

I’ve seen Mr. Dylan in concert multiple times across a couple of states (the best being a concert with Van Morrison in California) and become an amateur connoisseur of Dylan concerts, knowing when Mr. Dylan and his band are on, and when they are not. His concert in Albuquerque was good, particularly with the pressure of the Nobel Prize pressing around him.

Why I scratched my head was because after all these years of fame, Dylan, 75, still remains a mystery.

As of this writing, Mr. Dylan has yet to contact the Nobel Prize committee to officially accept the award [1]. The Guardian reports, “The Swedish Academy says it has given up trying to reach Bob Dylan, days after it awarded him the Nobel Prize in literature.” 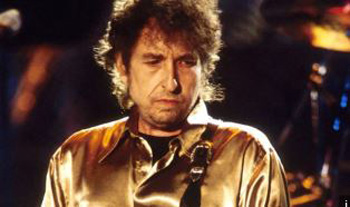 Of course Dylan may enjoy the mystique of the wait. Or he may just be busy. Who knows? The mystery remains. If I were Mr. Dylan, I’d run like a cat on fire to the committee, counting it an honor to be in the same breath as T. S Eliot, John Steinbeck, Ernest Hemingway, and William Faulkner. But I’m not Dylan; he’s his own man.

Another example of the mystery surrounding Dylan is his faith. Dylan is known to shock the world. The first major shock was his transition from acoustic to electric music. The incident even has its own Wikipedia page [2.].

The second major shock was his conversion to Christianity. Yet after the conversion, many Christians tried to exploit his newfound faith, trying to reel him in like a caught fish. Dylan then shocked the Christian community by releasing the album, Infidels. Some Christians were stunned, interpreting it as a denouncement of the church (but not Christ), returning to “secular” themes. Did Dylan leave the faith, they asked?

Dylan has remained quiet on the issue of his faith for the most part. But British author, broadcaster and journalist, Dan Wooding, founder of the ASSIST News Service, wrote a story stating that Bob Dylan’s faith is strong and intact [2]. This statement came about when Wooding interviewed Al Kasha, a Jewish follower of Jesus, a double Oscar winner, and the man that shared Christ with Mr. Dylan at his Beverly Hills home Bible study. During the interview, Wooding asked Kasha, “So is Bob Dylan a believer?” 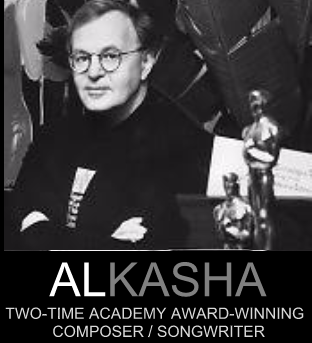 Kasha continued, “and I think the world doesn’t like to see someone like him being a believer because he’ll bring other people to the Lord, which he’s done.”

Another mystery is found in the lyrical influences of Mr. Dylan. It’s no surprise that Dylan — like all artists — have been influenced by a host of people. In Dylan’s case some of the influences are known: Woody Guthrie, Buddy Holly, Dylan Thomas, Hank Williams, Jimmie Rodgers, to name a few.

But over the past few years some have accused Mr. Dylan of plagiarism. Reporter Alexander Dely writes, “It can be argued that what Dylan is now doing – namely the naked theft of the work of others – has reduced him in stature [4].” And though I wouldn’t agree with Mr. Dely’s conclusion, reducing Bob’s stature, I would say that the claim adds to the mystery surrounding Dylan.

Mysteries aside, what is known is about Bob Dylan’s personal life and interests is exactly what Bob Dylan wants a curious public to know. And here the answer is simple: his music and his art. And though Dylan doesn’t go to great lengths to discuss or interpret his music (he leaves that for the critics and reporters), he lets the regular releases of albums do the talking for him. And of course the high profile concerts help keep Dylan relevant and renowned, as the recent billing with the Rolling Stones, Paul McCartney, the Who, and others testify [5].

On the other hand, Dylan is open to discuss his artwork. In a recent New York Times article entitled, Another

Side of Bob Dylan: Iron Sculptor, reporter Joe Coscarelli, talks with Dylan about his visual arts pursuits [6], both as painter and sculpture. Dylan recently landed a major commission for the Prince George Resort, creating a 26-foot by 15-foot gate for the MGM hotel and casino. Additionally, Dylan has exhibited his paintings in numerous museums and gallery’s, including an exhibit at the New Orleans Museum of Art [7].

It appears, however, Dylan just doesn’t like all the attention the tributes bring, yearning for an elusive and mysterious existence. Dylan has said in the past, “Having these colossal accolades and titles, they get in the way.” And if you believe Dylan, writing comes before all of his creative pursuits. Dylan once said, “I consider myself a poet first and a musician second. I live like a poet and I’ll die like a poet.”

And as many have said, Dylan was the poet of his generation. So in the end, the Nobel Prize award in literature is fitting for a man of many hats. I just hope the Nobel committee and Dylan connect soon. All awards aside, Dylan deserves the doting. And I’m sure he’s honored by the Nobel Award and will remember the prestige that the award brings. And as a reminder, Mr. Dylan, it was you who said, “Take care of all your memories. For you cannot relieve them.” — ASSIST News