It is a truth universally acknowledged that all fathers are failures. That’s why there are thousands of volumes on fathering and fatherhood in the evangelical Christian world alone, and that’s not counting the innumerable gallons of ink spilled on the subject by the world at large.

So why write about fatherhood?

Fathers who fail need help. And if you’re a father, you’re going to fail. It’s just that simple. You can’t avoid it. So you need help.

Don’t believe me? Just look at our Old Testament fathers—Noah, Abraham, Lot, Jacob, and King David. I count one man who got drunk and lay naked where his own son could see and mock him, one man who tried (twice!) to pass his wife off as his sister because he was scared of the men in the country he was in, one man who got drunk and fornicated with his own daughters, one man who played favorites so badly that the non-favorites were driven to attempt murder on the favorite, and one man who did so little to discipline his sons that one became a rapist and the other become a murderer and a usurper.

The Bible documents their failures with awful specificity. It’s painful to read about.

Yet in 2 Peter, Lot was called “righteous Lot.” And the rest of those men all made the list of heroes of the faith in Hebrews 11. They are our spiritual fathers. God’s grace was somehow sufficient for them—despite their abundant failures.

What do we do with that?

One thing we can do is become angry at God for taking the side of a bunch of oppressive, vulgar, frightened, small-minded patriarchs, in a time and place very different from our own. That’s the answer of far too many people today, whether or not we’re brazen enough to admit it. 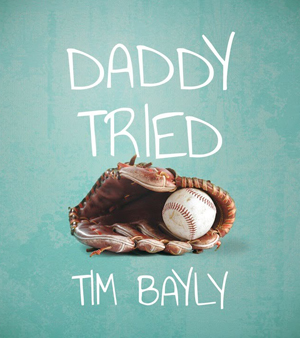 Any pastor who’s being honest can give you examples. I can tell you stories of so many awful sins that my elders and fellow pastors, my wife and I, have cried and prayed over in the past few years. I can tell you stories of fathers who abandoned their sons and daughters, of homes full of incest and rape and abuse, of dads who coerced their daughters (financially, emotionally, and otherwise) into murdering their little babies through abortion, of fathers who browbeat and intimidated or abused, of fathers who abdicated their roles and failed to provide their sons and daughters with discipline or guidance or love, of fathers who committed suicide and left their wives and children to pick up the pieces. I’ve been in the ministry for over thirty years now, so believe me when I say I can put many names and faces to all those sins.

And by our heavenly Father’s grace, I know something of my own sin, of my own temptations to be angry and uncaring, to be lustful or abusive, to be…all of it.

I can’t overemphasize it. We’ve met the sinners and they are us.

Many young men have a tendency to underrate failure. Yet failure is an absolutely wonderful teacher. It improves and molds us. It makes us humble.

But when we are controlled by a fear of failure, we don’t take risks—and fatherhood is all about risk. That’s why I wrote Daddy Tried. I wanted to address the idea of failure head on and encourage men to get to know God the Father and to copy His fatherhood.

Because here’s an idea: let’s start with the fatherhood of God. Let’s really get to know the character of the Father Almighty. Let’s model our fatherhood after His example.

I don’t promise success. I don’t have a seven-step program or a five-year plan. Forget about a bunch of do-this-and-don’t-do-that rules (although don’t worry, I do have my share of those for you).

What I can tell you is that, yes, of course we will fail, but faith in our Lord Jesus will help us fail in the right direction.

So stop whining that your daddy didn’t love you, that you never had anyone to model it to you, that you don’t have what it takes. Stop being afraid. Our heavenly Father specializes in making the stupid wise, the weak strong, and the fearful bold as lions. You are the perfect man to be the husband of your wife and the father of your children. Throw out your video games, drop out of fantasy football, stop looking at Facebook, close your laptop, confess your sins to your elders, ask them to pray for you, then enjoy your kids and love their mother.

Tim Bayly is the pastor of Clearnote Church in Bloomington IN and the author of “Daddy Tried: Overcoming the Failures of Fatherhood.” He writes regularly, along with his brother David, at BaylyBlog. To find out more visit www.DaddyTriedbook.com.