Theoretical physicist, futurist, and bestselling author Michio Kaku has developed a theory that points to the existence of God using string theory.

His view about intelligent design has riled the scientific community because Dr. Kaku is considered one of its most respected and prominent voices. He is the co-creator of string field theory, a branch of string theory.

“I have concluded that we are in a world made by rules created by an intelligence,” he stated, according to the Geophilosophical Association of Anthropological and Cultural Studies.

Dr. Kaku has continued Einstein’s search for a “Theory of Everything,” seeking to unify the four fundamental forces of the universe—the strong force, the weak force, gravity and electromagnetism.

The very purpose of physics, says Kaku is “to find an equation … which will allow us to unify all the forces of nature and allow us to read the mind of God.”

Because string theory may provide a unified description of gravity and particle physics, it is considered a candidate for a Theory of Everything.

To reach his conclusions about intelligence behind the universe, Dr. Kaku made use of what he calls “primitive semi-radius tachyons.”

A tachyon is a particle that always moves faster than light. Many physicists believe such particles cannot exist because they are not consistent with the known laws of physics. 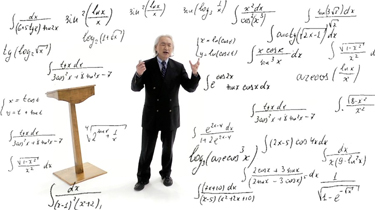 As noted by Einstein and others, special relativity implies that faster-than-light particles, if they existed, could be used to communicate backwards in time.

Dr. Kaku used a technology created in 2005 that allowed him to analyze the behavior of matter at the subatomic scale, relying on a primitive tachyon semi-radius.

When he observed the behavior of these tachyons in several experiments, he concluded that humans live in a “matrix,” a world governed by laws and principles conceived by an intelligent architect.

“I have concluded that we are in a world made by rules created by an intelligence, not unlike a favorite computer game, but of course, more complex and unthinkable,” he said.

“By analyzing the behavior of matter at the subatomic scale affected by the semi tachyon pitch radius, what we call chance no longer makes sense, because we are in a universe governed by established rules and not determined by universal chances plane.

“This means that, in all probability, there is an unknown force that governs everything,” he noted.

However, the unknown force – the first cause that set everything into being and holds everything together is actually a person, Jesus Christ, Christians believe by faith.

In Dr. Kaku’s understanding, the Universe is possibly a symphony of vibrating strings emanating from the mind of God, with His cosmic music resonating through an 11-dimensional hyperspace.

The Japanese-American physicist states “physicists are the only scientists who can say the word ‘God’ and not blush.”

“To me it is clear that we exist in a plan which is governed by rules that were created, shaped by a universal intelligence and not by chance.”