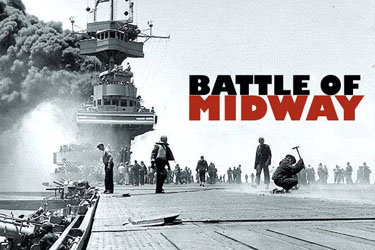 Not knowing exactly why, Verna Linzey felt a strong desperation to pray for her husband, Seaman Second Class Stanford E. Linzey Jr., who was more than 5,000 miles away on June 3, 1942.

Verna knelt by the side of their bed and prayed for an hour. Little did she know that Stanford, aboard the USS Yorktown in the South Pacific, had done the same thing simultaneously.

Stanford was part of the U.S. naval strike forces that included three aircraft carriers—the USS Yorktown, the USS Hornet, and the USS Enterprise. They sailed within 200 miles of Midway to protect the U.S. base at the atoll from the attack of the Japanese fleet.

When the carriers cruised northwest toward Midway, an eerie sense a sense of despair filled the Yorktown. Many sailors felt it without saying much. This was when my father felt it and both my parents had the incredible experience of praying concurrently.

His fear then departed and he no longer feared death, and my mother’s heavy burden to pray for him miraculously lifted. Both were filled with a deep abiding peace.

Less than a day later, on June 4, one of the most savage sea battles in naval history broke out. The Japanese aircraft carrier Hiryu sent bombers and torpedo planes in an effort to destroy the Yorktown.

After many hours of treading water in several inches of oil, the destroyer Balch picked up many of the men including my father. Other ships picked up the remaining men. When my father climbed up the net and onto the deck of the Balch, a voice yelled, “There’s the deacon,” my father’s nickname due to the Bible studies he conducted on the Yorktown. Seven sailors led by my father went to the stern and knelt on the steel deck as my father led them in an open-air prayer service in view of about 700 sailors.

My father had survived the battle, much to the relief of my mother.

The Battle of Midway was the turning point on the Pacific front in World War II. United States naval strike forces with bombers and torpedo planes dealt a decisive blow to the Imperial Japanese navy carrier task force.

The Imperial Japanese navy lost four large aircraft carriers, which were among the six that attacked Pearl Harbor

Military historian John Keegan called it “the most stunning and decisive blow in the history of naval warfare.”

Naval Aviation News stated: “American scholars of Midway have long sought to explain the many seeming coincidences by characterizing the result of the battle as little short of a ‘miracle.’ Gordon Prange’s posthumously published account of the battle was entitled Miracle at Midway. One battle participant’s memoir, God Was at Midway, even saw divine intervention at work.”

Only heaven knows whether the prayers of two saints — a faithful father aboard the Yorktown and my mother thousands of miles away — contributed to the victory.

Verna Linzey later became an evangelical theologian and an ordained minister in the General Council of the Assemblies of God. She also authored many books and is the translator of the book of Proverbs for the Modern English Version of the Bible.

On June 4, 2016, the USS Midway hosted the 74th Anniversary of the Battle of Midway. My mother and my late father were honored at the event. The Navy assigned my mother an escort—AW2 Jonathan Howland, USN. I accompanied her.

RADM John McLaughlin, USNR (Ret.) was the master of ceremonies as the president and chief executive officer of the USS Midway Museum. After he gave the welcome, the invocation was delivered by Captain Terry Corgon, USN, Chaplain, US THIRD Fleet.

The opening remarks were given by VADM Nora Tyson, Commander, US THIRD Fleet. The address was given by Ian W. Toll, award winning author of historical military books. He retold the story of how the United States won the Battle of Midway.