Last year was so bad for me and others too. There was devastation of all things here by the earthquake. Nobody could rebuild their houses and even now the government is not helping. But last year Christians and NGOS helped those who have died and had collapsed houses. Many victims are waiting for help from the government, but the government is not paying attention to the public.

I was at the church during the earthquake. Saturday is a church service day in Nepal. I was going to preach a sermon at the church. Just as I got to the pulpit, it started shaking and everybody was fearful and crying. I took the congregation out from the hall. 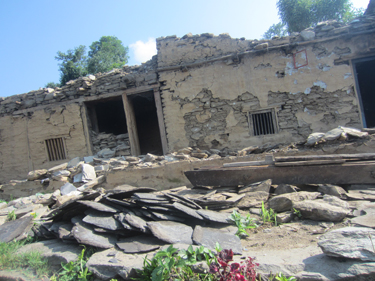 Almost 10,000 people died and thousands lost their houses and property. After the earthquake I went to the people and gave encouragement and some relief too. They got some rice, tin siding to make shelters, and water filters. And now I have been encouraging the rebuilding of churches that collapsed in the countryside. Many churches had been worshiping the lord under tarps.

I did not stop spreading the gospel among the Nepalese.

Some of the Hindu political leaders have promoted a law that Nepal should be a Hindu Kingdom. They are not 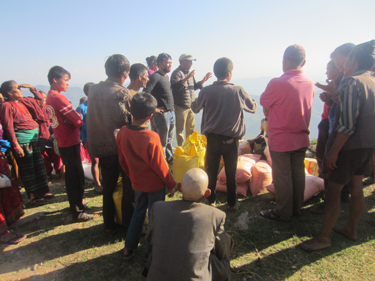 allowing evangelism among the Nepalese. Those arrested can be put in Jail for five years and receive a $ 500 penalty. If a foreigner does it, after seven days they must leave the country. Please pray for it, that it will not be declared the law in Nepal.

This year I planted three churches. Last year I distributed Audio Bibles among the people in those villages. After a year the seeds come out of the ground that planted the three churches. It is for God’s glory.

In March, 2016 I did the Sunday school teachers training. Training was wonderful and effective for them. This year 20 people were baptized here. There were 12 people baptized at one

church in January 2016 and in another church we had eight people baptized. Those who had baptized them all are very good and doing well.

I am planning to visit our three new churches. And I am going to organizing a week-long training at one of the churches. I hope there will be more than 50 participants.

I would like to thank God, Five ladies had suffered from demon possession and were sick for most of the year. Everyone was delivered from their sickness who attended the church.

Many are still living under temporary shelters and have not built their houses. And the last two years we are not receiving rain and all the vegetation is very dry here. SO we are having trouble. Please pray for rain in Nepal.

In two villages people are having fever, dizziness and swelling on the face and some have died. I think this is a time of judgment. I had been to those areas for evangelism and some of the people are Christians there.